With Flynn Cleared and U.S. Outraged, Deep State Freaking Out 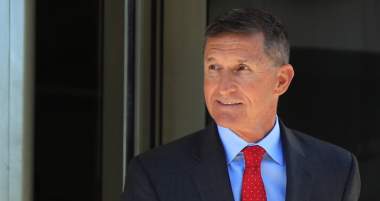 With Flynn Cleared and U.S. Outraged, Deep State Freaking Out

The Deep State and its minions are freaking out over the exoneration of General Micheal Flynn (shown), who briefly served as President Donald Trump’s National Security Advisor before being set up by establishment operatives from the Obama administration’s FBI. Transcripts confirming that the phony “Russiagate” scandal was a fraud are reportedly set to be released, too.

With Trump and top conservative and GOP leaders demanding accountability for those involved in the take-down of General Flynn and what many analysts have referred to as an attempted coup, the Deep State’s operatives may have good reason to panic right now. Whether justice will be served, however, remains to be seen.

The U.S. Justice Department’s move to dismiss the case was based on a number of factors. Among other concerns cited in the motion to quash the prosecution: the government does not have evidence to prosecute him, and there was never a “legitimate investigative basis” upon which to investigate him in the first place.

U.S. Attorney General Bill Barr went even further, saying the FBI had created a “perjury trap” for Flynn in the effort to bring down the highly respected former military intelligence chief.

Now, from Trump on down, Americans are calling for justice — and that has the Deep State extremely concerned. “He was an innocent man,” Trump said Thursday after the announcement, calling the Obama DOJ a “disgrace” for persecuting Flynn. “He is a great gentleman. He was targeted by the Obama administration and he was targeted in order to try and take down a president, and what they’ve done is a disgrace, and I hope a big price is going to be paid. A big price should be paid. There’s never been anything like this in the history of our country.”

Trump argued that what the Obama administration did to frame Flynn was “unprecedented” in American history. “It’s never happened. A thing like this has never happened before in the history of our country,” the president said. “I hope a lot of people are going to pay a big price because they’re dishonest, crooked people. They’re scum, and I say it a lot. They’re human scum. This should never have happened in this country.”

And now, those involved are getting very nervous, it seems — especially after newly released notes reveal that the FBI’s plan all along was to try to get Flynn to lie so he could be taken down.

Former FBI boss James Comey, who proudly described himself as a former communist in an interview, sounded especially concerned. “The DOJ has lost its way,” he claimed on Twitter after the announcement that the prosecution against Flynn was being dropped. “But, career people: please stay because America needs you. The country is hungry for honest, competent leadership.”

Hillary Clinton and Joe Biden have both made similar pleas to government officials to remain in place despite Trump, perhaps concerned that a government with honest employees would prosecute criminals from previous administrations. “Please stay, please stay,” Biden said he tells government officials. “There has to be some competence and normalcy.” Clinton, meanwhile, urged federal employees to “stick it out, stick it out, because the tide has to turn.”

Two weeks before lashing out at the DOJ for ending its bizarre prosecution of Flynn, Comey, a key player in letting Clinton go free while working to take down Trump’s people, was still desperately insisting that “there really was a Russian attack in 2016” and “those who investigated it were professionals.”

Former CIA boss John Brennan, another former communist who boasted of voting for Soviet agent Gus Hall before moving up the ranks, has been suspiciously silent. However, throughout the month of April, he lashed out at Trump repeatedly, blasting the president as a dishonest, incompetent, narcissistic liar, among other personal insults. In fact, all of Brennan’s Twitter posts for the past two months were unhinged screeds against the president, suggesting he is completetly focused on destroying the administration before everything is exposed.

Another key player in the effort to frame Flynn and protect the rogue Deep State operatives from the Obama administration was former acting FBI boss Andrew McCabe. And like Comey and others, he has slammed the decision to free Flynn. “Today’s move by the Justice Department has nothing to do with the facts or the law — it is pure politics designed to please the president,” McCabe claimed in a statement, suggesting there was something improper about Flynn speaking to the Russian ambassador as the incoming U.S. national-security chief was preparing to take his post. Of course, the FBI has the full transcripts, and knew all along that there was no crime committed.

Representative Adam Schiff (D-Calif.), the chairman of the House Intelligence Committee, was freaking out, too. “Flynn pled guilty to lying to the FBI about his illicit Russian contacts,” the far-left congressman tweeted shortly after the announcement that Flynn had been cleared, without noting that the DOJ had threatened Flynn’s son to get the phony guilty plea. “His lies do not now become truths. This dismissal does not exonerate him. But it does incriminate Bill Barr. In the worst politicization of the Justice Department in its history.”

Adding to Representative Schiff’s woes is news that House Intelligence Committee interview transcripts are set to be released that show top law enforcement and intelligence officials admitting they had no evidence of “collusion” between the Trump campaign and the Kremlin. All 53 witness interviewed reportedly told Schiff’s congressional committee that they did not have evidence of collusion, even as Schiff was peddling the now-debunked “collusion” narrative through the establishment media.

Now, with the transcripts set to be made public, the chickens are coming home to roost. “Schiff is in panic mode,” a senior administration official told Fox News, which noted that the transcripts confirm the findings of Special Counsel Robert Mueller’s “investigation” concluding that there was no evidence of illegal or criminal collusion between Trump and Russia. Apparently Schiff has been reaching out to “intelligence” officials trying to figure out what is going on, to no avail.

Even days before the full exoneration, lower-level Deep State toadies expressed full confidence that it would not happen. Brookings Institution fellow Benjamin Wittes, editor of the Lawfare blog and “law analyst” for MSNBC and NBC, was representative of the sentiment. “To everyone in Trumpland who thinks that Flynndication is on the horizon, hold the champagne—and maybe put away whatever you’re smoking,” Wittes wrote on Twitter on April 29. He followed that Tweet with a long thread making his argument, which in retrospect looks beyond foolish. Meanwhile, The New American was reporting that Flynn was likely to be “completely exonerated.”

With Flynn being officially exonerated after the government admitted to widespread wrongdoing, though, calls for accountability are growing. White House counselor Kellyanne Conway called for transparency and justice in the case. Blasting the fact that “Obama-Biden people” sent FBI agents to the White House, Conway cited FBI documents and notes showing that the “goal” from the start was to “get Flynn to lie, so we can prosecute him or get him fired.” She also said Comey “lied under oath in Congress,” a serious criminal offense.

Calls for accountability are not just coming from the White House. Lawmakers echoed those concerns, demanding interviews and documents from the FBI to find out who knew what. U.S. Senator Rand Paul called on current FBI chief Cristopher Wray to at least “get rid of the people who perpetrated this on the president.”

Outside the beltway, Ed Martin with Phyllis Schlafly’s Eagles is among the many high-profile conservative leaders seeking justice. “Congratulations to General Flynn for this incredible victory,” he said, calling it a “huge blow” against what remains of Mueller’s “Witch Hunt” against President Trump and his advisors. “Let’s keep going: we must identify and remove all those agents of the Deep State globalists who are fighting from within to destroy American leaders of integrity.”

Other conservative heavyweights are calling for congressional hearings. Turning Point USA chief Charlie Kirk, for instance, noted that Obama reportedly pulled then-FBI boss Comey and DOJ official Sally Yates aside in the Oval Office in January of 2017 to ask about General Flynn. “He knew,” Kirk said, referring to Obama. “Retweet if he should be forced to testify UNDER OATH to the Senate about what he knew and when.” He also asked why Flynn and Roger Stone were indicted for supposedly lying, while Comey and Andrew McCabe “lied to Congress and escaped criminal prosecution.”

Sources close to Gen. Flynn told The New American they wanted to wait for the judge’s final ruling accepting the DOJ motion to end the prosecution prior to making any formal comment. Flynn attorney Sidney Powell, one of the most respected lawyers in America now, has urged the military and others to search through former Congressman Anthony Weiner’s laptop for evidence of massive wrongdoing in high places. It was not immediately clear if or whether that would be happening anytime soon.

In an exclusive interview with The New American, longtime Trump advisory and confidante Roger Stone dropped a bombshell after having been muzzled for months by a judicial gag order. Among other revelations, the legendary political operative explained that out-of-control prosecutors seeking to bring down the president offered to “work things out” for Stone if he would “turn” on Trump. Naturally, Stone refused. And so now, Stone, who spoke out forcefully in Flynn’s defense, is set to go to federal prison, while the Deep State swamp creatures who were waging war on the incoming Trump administration remain free. 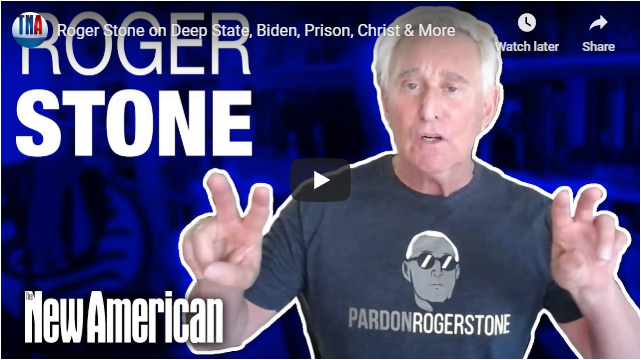 It has been clear for years that Deep State conspirators within the Obama administration and beyond plotted to illegally subvert the administration of America’s elected president. Holding the rogue officials accountable in a court of law will be an essential start. But any probe into the lawlessness must go beyond rogue bureaucrats in the FBI and DOJ — bureaucrats who were clearly connected to other, less-obvious organs of Deep State power. For the sake of America, liberty, and the rule of law, it is imperative that criminals in high places face justice.

Swamp Monsters in the Bureaucracy | Behind The Deep State

Michael Flynn Expected To Be “Completely Exonerated” This Week

“Intelligence” Community: A Criminal Enterprise | Behind The Deep State

The New American’s Special Report on the Deep State