Dear Costco, Here’s My Membership Card. Stuff it!… along with your Maoist mandatory face mask policy. 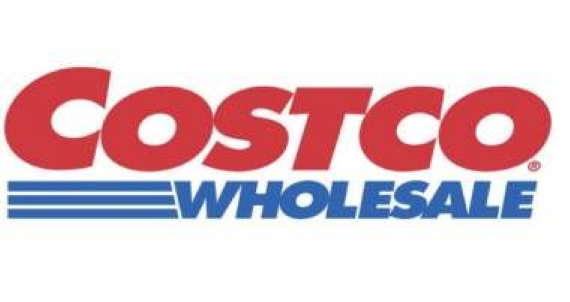 Dear Costco, Here’s My Membership Card. Stuff it!… along with your Maoist mandatory face mask policy.

On Monday, May 4, retail giant Costco began requiring all employees and customers to wear face masks while inside their stores. Visitors to the Costco website are directed to the company’s COVID update page which states:

To protect our members and employees, effective May 4, all Costco members and guests must wear a face covering that covers their mouth and nose at all times while at Costco.

The face mask and social distancing policies are further amplified in a statement by Costco President and CEO Craig Jelinek, who says, “Although some may disagree with this policy or question its effectiveness, we’re choosing to err on the side of safety in our shopping environments.” He cites the draconian and much-contested CDC (Centers for Disease Control) guidelines for the company’s position. Costco and other big corporations that have been deemed “essential businesses” have weathered the shutdown just fine, but millions of small, medium, and large independent businesses are being destroyed. Even worse, many of the biggest proponents of the oppressive China-style lockdowns/crackdowns are now admitting what many of us had warned from the outset of the virus outbreak, that the “cure” may be worse than the disease. The United Nations World Food Program  (WFP) is now warning that, as a result of the economic devastation caused by COVID restriction, many more people are at risk of death from starvation worldwide than from the virus itself.

With these and other horrendous impacts in mind, this writer decided that one small effort that could be undertaken as an individual would be to help initiate an exodus of informed consumers from those businesses that are buying into and promoting the destructive hysteria that is sounding the death knell for human freedom. Thus, the following letter:

Here’s My Membership Card. Please Stuff it!… along with your Maoist mandatory facemask policy. Please refund the pro rata portion of my membership dues, along with my Executive Member annual rebate.

Joining the other Big Box companies — Walmart, Home Depot, Best Buy, etc. — Costco has increasingly flooded its stores with “Made in China” products. Most of these I go out of my way to avoid purchasing. More recently, I have noticed on your shelves a disturbing steady increase in the amount of foodstuffs from China — which I will never buy (and refused to buy even before the Wuhan virus). However, you have in the past had enough China-free, quality products that I liked (coffee, produce, meat, wine, beer, paper products, etc.) and were in a convenient enough location that I justified my continued spending at your store. But, really, what made you think you had to go “Full Wuhan” with the mandatory facemasks? That exceeds even the autocratic commands of the CDC and most of the Chicken Little politicians at the state and local levels. What’s next? Mandatory proof of COVID vaccine before entering a COSTCO market? My neighbor, a mother of three youngsters, was turned away from one of your stores because you have placed a group limit of three on shoppers. Are we to assume that this is to conform with Communist China’s current Two Child policy? And, if the Chinese Communist Party (CCP) decides to revert to its murderous, barbaric One Child policy, should we expect Costco to likewise revise its policies to conform with the latest CCP edict?

I have been a regular Costco customer and Executive Member for more than a decade and have spent many thousands of dollars at your stores. You will certainly survive my departure as a member/patron, just as I will certainly find other stores that will take my money and provide the goods and services I want — without subjecting me to Beijing-style commands. But, perhaps many of your customers that feel as I do will be joining the exodus from Costco — at least until you demonstrate that you have recovered some common sense.

Is canceling one’s Costco membership over the retail giant’s COVID-19 restrictions an “extreme” reaction? Hardly. At the very least, the People’s Republic of China (PRC), a totalitarian dictatorship run by the Chinese Communist Party (CCP), concealed important information about the coronavirus from the United States and the rest of the world, lied about it, and refused to cooperate with other national and international scientific and medical/health authorities. This has resulted not only in an untold number of deaths worldwide, but also economic devastation and social-political upheaval on an epic scale. In our own country, one of the most harmful results of the “pandemic” has been the unprecedented assault on freedom, as U.S. politicians and medical bureaucrats have rushed to mimic Beijing’s policies as the “best practices” model.

Critics of China’s handling of the COVID-19 crisis have almost universally restricted their condemnation of the regime for its cover-up and its failure to inform or cooperate with other nations in the early stages of the epidemic. However, we are told, the PRC has subsequently redeemed itself by providing medical supplies and assisting authorities all over the world. It has been taboo even to ask the obvious questions, such as: Might the COVID-19 virus have originated in the Wuhan Institute of Virology? If so, did it escape accidentally from the lab? Or was it intentionally released for precisely the worldwide effect it has caused, and especially the effect it has had on the United States, which China regards as its “main enemy”? Simply asking these reasonable, obvious questions is sufficient to get oneself labeled a “wild conspiracy theorist” — by the Deep State same media commentators and politicians who kept America hostage to wild conspiracy theories about President Donald Trump and his supposed collusion with Russia and Ukraine.

If China did intentionally release the virus, then it is a bioweapon, and this action is an act of war. At least one China expert, Gordon G. Chang, has dared to state what the ruling establishment has deemed verboten. Chang has said that COVID-19 was very probably deliberately released by China. That is a very reasonable theory that should not be snidely dismissed.

Regardless of whether the COVID-19 pandemic was launched naturally, accidentally, or intentionally, the Epoch Times, has rightfully dubbed it the CCP (Chinese Communist Party) Virus.

Back to an earlier statement from above. Did we go overboard by calling Costco’s new policy a “Maoist mandatory facemask policy”? Not at all. Chairman Mao Tse-tung, the mass-murdering founder of the Peoples Republic of China, now has been re-elevated to god-like status in Xi Jinping’s communist dictatorship. And Xi’s servile propagandists are being given prestige platforms to spread Maoist thought in America.

Take for example, the article by Dr. Shan Soe-Lin entitled “Americans may need to wear masks for up to 18 months, Yale expert says,” that appeared first on the Accuweather.com website, before being picked up by Yahoo! News and other sites. Dr. Shan, a Chinese immunologist who teaches at Yale University, is one of thousands of Chinese researchers chosen by the CCP to flood American universities. “I think people are going to have to wear masks until there’s a vaccine. I mean that to be completely blunt,” Shan told AccuWeather. “I think the next best would be through the end of the epidemic. It definitely needs to be moving past peak.”

“It’s a big cultural thing to have to reverse here …,” Dr. Shan said. “It’s just not a norm that’s done and it’s a norm that needs to change in a really trying time.” Yes, and if the CDC, Costco, and other businesses adopt the “China model” in dealing with the CCP virus, we can only expect that Dr. Shan and her comrades populating our colleges and universities will be trotted out again and again to pronounce the new edicts that our globalist leaders insist we must adopt as “the new norm” for America.

Dr. Shiva Exposes Dr. Fauci’s “Fake Science” and the WHO