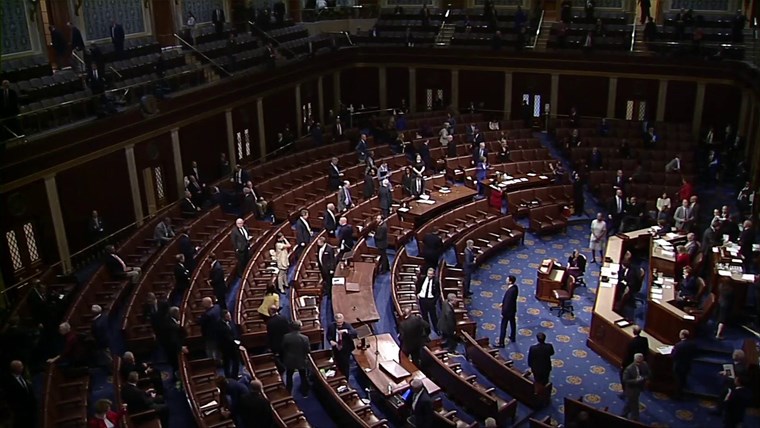 “How could the U.S. Congress know that there would be a need for such legislation to address an illness that had not even been reported to have occurred in the United States?”

I still don’t understand what the problem is with this story. Could someone explain what is wrong with it?

On January 24, 2019, H.R. 748 was introduced in the House of Representatives. That bill stated that the short title is as follows:

“This Act may be cited as the ‘Coronavirus Aid, Relief, and Economic Security Act’ or the ‘CARES Act’.”

That means that as of January 5, 2020 coronavirus had not been identified as the cause of the outbreak of illness in Wuhan City in China. And to keep it in perspective, on that date, the illness was reported to affect only 44 people. The W.H.O emergency preparedness news release stated:

“On 31 December 2019, the WHO China Country Office was informed of cases of pneumonia of unknown etiology (unknown cause) detected in Wuhan City, Hubei Province of China. As of 3 January 2020, a total of 44 patients with pneumonia of unknown etiology have been reported to WHO by the national authorities in China. Of the 44 cases reported, 11 are severely ill, while the remaining 33 patients are in stable condition. According to media reports, the concerned market in Wuhan was closed on 1 January 2020 for environmental sanitation and disinfection.

The causal agent has not yet been identified or confirmed. On 1 January 2020, WHO requested further information from national authorities to assess the risk.”

My question is, how could the U.S. Congress know that there would be a need for such legislation to address an illness that had not even been reported to have occurred in the United States?

How could the U.S. Congress know on January 3, 2020, to name the legislation the “Coronavirus Aid, Relief, and Economic Security Act” when coronavirus had not yet been identified on that date as the cause for an illness on the other side of the world in China?

The W.H.O. had not identified it as a pandemic as it only affected 44 people and it was an illness from an “unknown etiology (unknown cause).”

How could the U.S. Congress know that there would be a need for economic relief from a pandemic before there was any indication of a pandemic?

And how could they know to name the bill after a virus that was only later identified as the alleged cause for the alleged pandemic?

The problem with Edward Hendrie article is that this bill had another name to it, ‘the Middle Class Health Benefits Tax Repeal Act of 2019.

later replaced with the … “Coronavirus Aid, Relief, and Economic Security Act or the CARES Act

Send $1,200 to each American making $75,000 a year or less. Add $600/week to unemployment benefits for four months. Give $100 billion to hospitals and health providers and increases Medicare reimbursements for treating coronavirus. Give $750 million to food banks, to Puerto Rico and the other territories for food assistance, and to programs for food distribution on American Indian reservations. Make $500 billion of loans or investments to businesses, states and municipalities, and $32 billion in grants to the airline industry. Relief for those with federally-backed mortgages. Delay student loan payments”

Check out the big history of the bill near the bottom of the web-page.