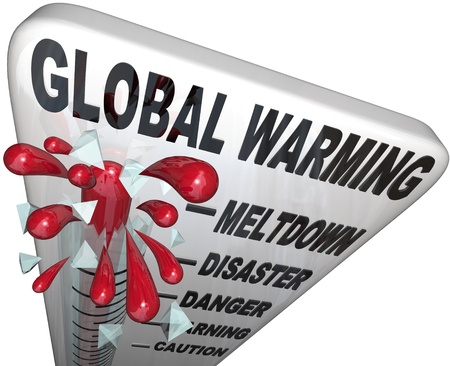 Fifty years ago, I helped organize Earth Day #1 programs on my college campus, calling attention to serious pollution problems that afflicted much of the USA. Over the ensuing decades, laws, regulations, and changed attitudes, practices and technologies reduced most of that pollution, often dramatically.

I didn’t buy the 1970 end-is-nigh, doom-and-gloom, billions-will-die hysteria that Ron Stein and Ron Bailey recapture so deliciously, including the manmade global cooling crisis. I don’t buy it today, either – certainly not this year’s Earth Day focus on the alleged manmade global warming crisis, also blamed on emissions of carbon dioxide and water vapor, the same gases that humans and animals exhale, and plants use to grow. We’re told the crisis is unprecedented, and poses existential threats to humanity and planet.

What I find fascinating in all this is the steadfast, often nasty determination of scientists, politicians and interest groups promoting alarmist themes – and profiting immensely from them – to reject and deny any science, history and evidence that undermines their claim that nothing like this ever happened before.

The “highest ever” temperatures may be just a few tenths or even hundredths of a degree above previous records set many decades ago. The United States may have enjoyed a record 12-year respite from Category 3-5 hurricanes, ended finally by Harvey and Irma in 2017. Violent tornadoes may be far fewer during the last 35 years than during the 35 years before that, and the complete absence of violent twisters in 2018 may have been truly unprecedented. Modern day floods and droughts may be nothing compared to past floods or the multi-decade droughts that devastated Anasazi, Mayan and other civilizations.

However, alarmists insist, Earth’s climate and weather were stable and unchanging until humans began using coal, oil and natural gas. We must eradicate fossil fuels now, they say, regardless of what biofuel, battery, wind and solar replacements (and mining for raw materials to manufacture them) might have on wildlife, scenery, environmental values or human rights. The disconnect from reality is truly amazing.

Equally fascinating is the notion that melting glaciers are something new. It amounts to asserting that everything was just peachy until American, European and Greenland glaciers started melting a few decades ago, threatening us with catastrophic sea level rise. It amounts to claiming the glacial epochs never happened; their mile-high ice sheets never blanketed a third of the Northern Hemisphere, multiple times, with balmy periods in between; and seas haven’t risen some 400 feet since the Pleistocene ice age.

It amounts to claiming the Roman and Medieval Warm Periods never happened, and weren’t followed by the Little Ice Age, when priests performed exorcisms, asking God to keep glaciers from inundating villages in the Alps of Europe. It’s as though we couldn’t possibly be finding what we are finding today.

In the latest example, government and university researchers recently found numerous Viking-era artifacts along a Norwegian mountain pass that had been heavily traveled for at least 700 years, but then was buried beneath the ice and lost to history for 1,000 years. Locals used the rough 2,200-foot-long pass to travel between summer and winter lodgings, while long-distance trekkers used it as a trade route.

Among the treasure trove were tunics, mittens, horse shoes and bits, remnants of sleds used to haul food and gear over winter snow, a small shelter, and even the remains of a dog with a collar and leash. They all came to light because the glacial ice is again receding, as Earth continues its post Little Ice Age warming.

Alarmists insist the warming is due to fossil fuels, and deny that it is just part of natural climate cycles. Much more evidence of past warming and cooling periods has also come to light in recent years.

In 1991, German hikers found the incredible mummified and heavily tattooed remains of “Oetzi the Ice Man” sticking out of the ice in the Oetzal Alps near the Italian-Austrian border, at an altitude of some 10,000 feet. A partial longbow, bearskin hat and other artifacts were found nearby. He had died about 5,300 years ago from an arrow wound and had the blood of four different people on his clothes and weapons. He is further evidence of human habitation in these alpine areas during past warm periods.

Tourists and archeological teams have also discovered parts of shoes, leather clothing, fragments of a wooden bowl and numerous other items from 3000 to 4500 BC (BCE) that have emerged from the alpine ice. They are among the oldest objects ever found in the Alps. A Bronze Age pin, Roman coins and early Medieval artifacts have also been found. They show how these mountain passes and trails, impassible during cold, more glaciated periods, served as vital trade routes in periodic warmer centuries.

Norwegian ice fields show shrinkage and growth patterns similar to those of the alpine glaciers, says Norwegian glacial scientist Atle Nesje. The archaeological findings “seem to fit quite nicely with our glacier reconstructions,” he adds, which helps us understand past, present and future climate changes.

Years of research by Swiss and other scientists have produced similar findings – sometimes human artifacts, but also plant and animal remains, in areas of newly melted ice. In one location in the Swiss Alps, University of Berne geology professor Christian Schluechter found pieces of wood 12-24 inches thick and the remains of a moor. Melting waters had flushed them out from under the glacier. That means the ice there is hardly “perpetual,” he says. There were multiple periods of warmer weather and less ice.

In fact, carbon-14 dating shows ten “clearly definable time windows” over the last 10,000 years – times when glaciers were limited to regions up to 1,000 feet higher in the Alps than today. This means that, for multiple long periods of time, “the Alps were greener than they are today,” Schluechter concludes.

Off the Florida coast, the Mel and Deo Fisher archeological diving team didn’t just find the famous Spanish galleon Nuestra Senora de Atocha, which sank during a ferocious 1622 hurricane, or only the British slave ship Henrietta Marie, which went down during a 1700 hurricane, after leaving 190 Africans in Jamaica, to be sold as slaves. They also found charred tree branches, pine cones and other remnants from a forest fire 8,400 years ago, when this vast ocean area was still well above present day sea levels!

Even an entire forest has been discovered, protruding from the melting Mendenhall Glacier near Juneau, Alaska – an area I visited several years ago. Roots, stumps and large segments of entire upright spruce or hemlock trees have been found across several acres already. They are the remains of a forest that thrived there for as long as 2,350 years, until it was buried by glacial ice around 1,000 years ago.

The chronicle of amazing discoveries yielded by melting glaciers goes on and on. Their most important lesson is that our current climate is but a snapshot in time, on a vibrant planet where climate change and extreme weather have been “real” since time began. Only a science-denying climate alarmist would refuse to recognize this. Simply put, there is nothing “unprecedented” about what we are seeing today.

Now it may be that carbon dioxide and water vapor from wheezing, snorting horses, oxen and humans – laboring at the edge of exhaustion doing what our fossil-fuel-powered vehicles and equipment do for us today – caused these past climate changes. But it’s far more likely that they were due to a complex and still poorly understood combination of solar and other powerful natural forces.

Climate alarmists may not want to recognize or discuss these natural fluctuations. But the rest of us should. Improving our knowledge of what these forces are and how they work together will enable us to better predict, prepare for and adapt to future climate changes. Continuing to focus on carbon dioxide and other “greenhouse gases,” as the primary or sole cause of climate changes and weather events, will ensure that we never get beyond the politically driven battles in which we are now engaged.