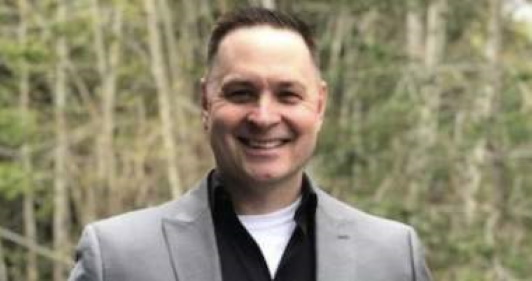 With no end in sight to the strict lockdown measures in the state of Washington, at least one sheriff announced he would not be enforcing the state’s “unconstitutional” and overblown response to the novel coronavirus.

Snohomish County Sheriff Adam Fortney made his feelings public in a lengthy Facebook post on Tuesday in response to a speech given by Governor Jay Inslee. In Tuesday’s speech, Inslee outlined an uncertain future for Washington residents and stressed that the reopening of the state’s economy will be dependent upon public health indicators. He stated he would not be able to lift many of the restrictions by the end of the current order, set to expire by May 4, but he hoped elective surgeries and outdoor recreation could soon begin again, The New Tribune reports.

Fortney’s Facebook post questioned Governor Inslee’s leadership and whether Inslee’s decisions will have a more devastating effect on the state than the virus itself. Fortney opined that the governor did not appear to have a plan, and that it was not justifiable for a government to suspend constitutional rights without a clear, concise plan.

Fortney was not alone in this criticism. On Wednesday, House Republican leader J.T. Wilcox of Yelm articulated concerns similar to those raised by Sheriff Fortney in response to Inslee’s speech. “He refuses to be specific about anything,” Wilcox said in an interview Wednesday. “I’m just so concerned that we’re going to experience the worst health result and the worst economic result because he’s going to lose the mandate of the people.”

Fortney acknowledges the public-health concerns posed by COVID-19, but contends the government’s response to the coronavirus is unjustified. While he agrees residents should be taking appropriate precautions to mitigate the extent of the health crisis, he also notes that the state has been operating under guidance prompted by inaccurate and misleading models, and that the long-term effects of maintaining the status quo could have a devastating effect on Washington residents:

I am worried about the economy and I am worried about Washingtonians that need to make a living for their family. As more data floods in week by week and day by day about this pandemic I think it is clear that the “models” have not been entirely accurate. While that is okay, we cannot continue down the same path we have been on if the government reaction does not fit the data or even worse, the same government reaction makes our situation worse.

Fortney’s post goes on to say that he feels compelled, as an “elected leader,” to question the governor when necessary. Fortney contends that too many of Inslee’s decisions were guided by the state’s vested interests and achieving its own agenda items, with less consideration for other struggling private-sector businesses in the state:

Are pot shops really essential or did he allow them to stay in business because of the government taxes received from them? That seems like a reasonable question. If pot shops are essential, then why aren’t gun shops essential? Our Governor has told us that private building/construction must stop as it is not essential, but government construction is okay to continue. So let me get this right, according to the Governor if you are employed or contracted by the government to build government things you can still make a living for your family in spite of any health risk. If you are a construction worker in the private sector you cannot make a living and support your family because the health risk is too high. This contradiction is not okay and in my opinion is bordering on unethical.

Under Governor Inslee’s May 23 “Stay Home, Stay Healthy” order, Washington residents are forbidden from public and private gatherings and engaging in multi-person activities for “social, spiritual, and recreational purposes, regardless of the number of people involved,” with broad exemptions for many secular and public-sector activities, according to a lawsuit filed against Inslee’s order.

Fortney contends that Inslee’s administration has virtually picked “winners” and “losers” and questions whether the administration believes the coronavirus to truly be a health threat. “If this coronavirus is so lethal and we have shut down our roaring economy to save lives, then it should be all or nothing,” he argues.

But to continue to operate on the understanding that the virus is lethal enough to have a state shutdown, in the wake of the most current data, is inefficient and destructive, Fortney argues. He observes the current data suggests the virus is significantly less lethal than originally suspected and that the government should be basing its decisions on the most current data. Fortney argues it’s perfectly acceptable for the models to have been wrong, but what is unacceptable is for state governments to be so inflexible as to continue to operate under the inaccurate models.

Fortney refuses to carry out any enforcement for the current stay-at-home order, he declares, noting the stay-at-home order has continued for well over a month and has left the majority of residents in dire financial straits. He indicates county residents have raised concerns that Inslee’s order is a “violation of our constitutional rights,” a position he shares.

According to Fortney, he is not alone, as other sheriffs in Washington are also refusing to enforce the stay-at-home order, though he did not specify names. The U.K.’s Daily Mail reports Franklin County Sheriff Jim Raymond came out against the Inslee’s order last week. This week, the Franklin County commissioners voted to reopen all businesses, prompting a letter from Inslee’s general counsel Kathryn Leaders, stating the board’s action violates state law.

Inslee said on Wednesday that law-enforcement officers cannot “arbitrarily decide which laws they are going to enforce and which laws they’re not going to enforce.” But despite Inslee’s assertions, Washington is no stranger to “constitutional sheriffs” who have relied on the “doctrine of interposition” (or nullification) to refuse to enforce unconstitutional laws. Governor Inslee himself has encountered a number of them.

Fortney’s post has received nearly 10,000 comments, 14,000 reactions, and been shared 15,000 times. Even comments on Fortney’s post have received hundreds of reactions. A cursory glance at the responses reveals there are strong reactions, both in favor of and in opposition to, to Fortney’s sentiments. However, what is indisputable is Fortney’s perspective is shared by Americans all across the country, as evidenced by protests against statewide lockdowns that have taken place in dozens of cities, including in Olympia, where 2,500 people gathered to call for Inslee to lift the state’s stay-at-home order.