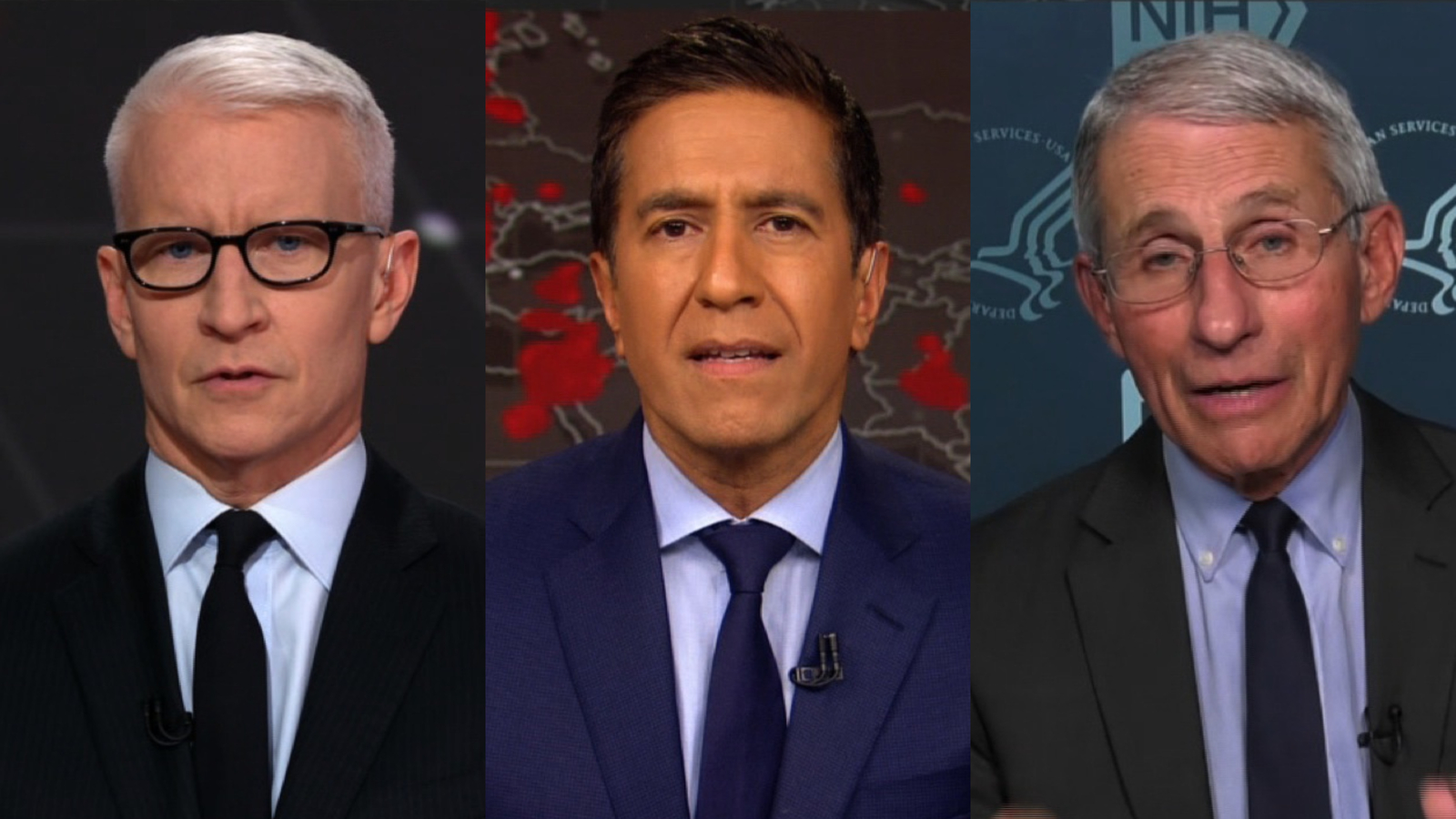 Test time, boys and girls. Hint…there is only one right answer – if you don’t get it right, you flunk! And so does America!

1  Which person, foreign or American, predicted three years ago, in 2017, that President Trump would be challenged by a “surprise global disease outbreak“?

Answer: None of the above. It was Dr. Anthony Fauci

2  Which person, foreign or American, wrote de facto love letters (actually emails) to Secretary of State Hillary Clinton through her lawyer Cheryl Mills, saying that he loved ole Hillary “more than ever”? 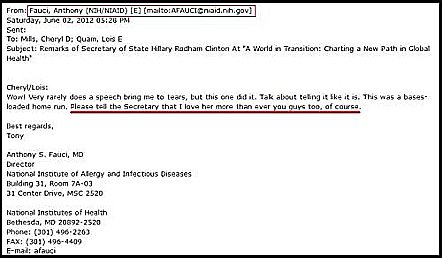 Answer: It was Dr. Anthony Fauci!

3 Which person, foreign or American, said that the collapse of the American capitalist system as a result of the coronavirus plague would be “inconvenient“?

4 Which person, foreign or American, said on January 21, 2020, that the coronavirus “was not a major threat to the United States” and also on January 23 downplayedthe virus’s potential impact on the U.S?

I could go on and on, but you get the point, which is that the medical “experts” are wrong or partisan or biased so often that healthy skepticism is warranted about everything they say.

Speaking of the people who occupy the press briefing podium with President Trump every day, there is the impressively credentialed Dr. Deborah Birx, who apparently thinks she is still in a laboratory with rats on a treadmill and speaking with her research contemporaries instead of the American public when she intones about:

I say to the good doctor the same thing I’ve said to every lawyer I’ve ever consulted: English please!

Like Dr. Fauci, Dr. Birx delivers doomsday messages – and graphs – in dulcet tones. While Dr. Fauci predicts 100,000 to 200,000 deaths in the most dispassionate, clinical way, Dr. Birx shows us graphs with terrifying peaks of disease incidences and mortality and then “hopes” they don’t happen.

But in spite of the cozy embrace of Dr. Birx by far-left TV and print-media whores like the NY Times, Vanity Fair, and others, questions – unanswered questions – abound.

Is it a coincidence that the model Dr. Birx uses to assess the progress of the virus – the IHME, Institute for Health Metrics and Evaluation – is funded by the Bill & Melinda Gates Foundation and that she, Dr. Birx, sits on the board of that foundation and has received mountains of money from that foundation?

Is there a hidden agenda about the fact that the IMHE has used the hot spots of New York and New Jersey to project the spread of the virus in the rest of the country, resulting in a shut-down of our economy and massive unemployment?

There is good reason to question the IHME model, to the degree that the writer and publisher of CanadaFreePress.com, Judi McLeod, has exhorted President Trump to Save the Western World by booting Dr. Birx off the Corona Virus Task Force! She cites an April 2 Gateway Pundit story written by Cristina Laila revealing that the model the White House is relying on is “complete garbage.”

According to writer Lee Cary, in his follow-the-money, must-read exposé of the coronavirus and all its players – Fauci, Birx, the Clintons, Bill Gates, et al.: “Today, two physicians essentially control the $22 trillion U.S. economy…. It is time for President Trump to utilize his uncommon common sense and put a stop to this China-orchestrated full-scale attack on our country.”

Indeed…as Jim Hoft reports, the total U.S. deaths in March 2020 were actually down 15 percent from the average of the prior four years.

“What is going on?” Hoft asks. “After shutting down the government and killing the greatest economy in the world due to deathly estimates from specialists on the coronavirus, the data is showing that this may be one great big mistake or hoax.” 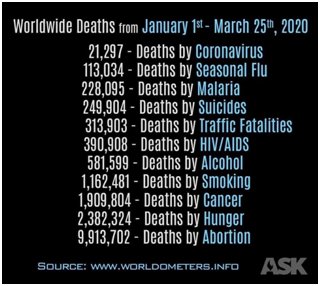 “How dare you question the integrity and motives of Dr. Fauci and Dr. Birx, or suggest that their associations and political agendas are fishy, or imply that the institutions and experts they cite as unassailable vis-à-vis the coronavirus – the Centers for Disease Control (CDC), the World Health Organization (WHO) – are themselves tainted by partisan politics?

Well, thanks to the Democrats themselves, the answer to those questions are easy. Now we know that from 2009 to 2016, the man who occupied the Oval Office weaponized and politicized America’s most trusted institutions – not only defiling and disrespecting the Resolute Desk with his dirty shoes, but converting our most trusted institutions from departments dedicated to justice, law enforcement, national security, homeland security, and matters of state into far-left operations designed to bring down America. Here is the short list: 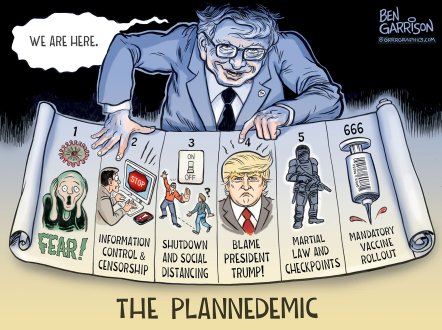 So no surprise that the guy with his feet on the Resolute Desk in those years also contaminated the CDC and further befouled the already putrid cesspool on 2nd Avenue in New York City – the United Nations….and its reliably hate-America satellite, WHO. 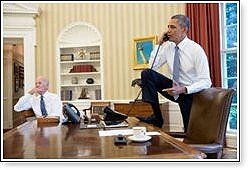 Speaking of which, looky here: “The CDC openly admits that it is fudging the COVID-19 death figures,” reports Matthew Vadum. Quoting Dr. Annie Bukacek, M.D. and expert on death certificates, “The CDC counts both true COVID-19 cases and speculative guesses of COVID-19 the same…. [T]hey automatically overestimate the real death numbers, by their own admission.”

Did you ever see a genuinely happy liberal? I can actually cite on one hand the times I’ve witnessed such a phenomenon. The reason is that this species seems to have extremely high anxiety levels. They worry about everything and they buy everything that the Chicken Little doomsday purveyors sell.

In 1968, Stanford University Professor Paul R. Ehrlich and his wife Anne wrote “The Population Bomb,” which predicted worldwide famine in the 1970s and 1980s due to overpopulation. Liberals bought it.

In the 1970s, the “experts” said that global cooling would soon usher in a new ice age. Liberals bought it.

We all know the ongoing fetish that liberals have with global warming – which made a lot of quacks like Al Gore rich – same as the cooling fetish.

Then there was the scare over running out of food, natural resources like copper, and oil. Liberals bought it.

Now we have liberals – including the experts from Mr. Obama’s CDC and WHO, as well as Drs. Fauci and Birx and the entire leftwing media – wringing their hands and tearing their hair out, absolutely convinced that unless the entire world and all their economies shut down, humanity is doomed.

Well, that’s not the real reason they’re in such visible throes of hysteria. The real reason is because they thought and hoped and chanted to the earth goddess Gaia that if they were able to destroy the best economy and highest employment in world history – among President Trump’s many astounding accomplishments – his reelection would be doomed.

The problem is – liberals are always wrong! They’ve always been wrong! And to their everlasting horror, they were wrong about the presidential election that predicted a Hillary victory right up to 8 p.m. on November 8, 2016.

Then this Democrat cabal of America haters tried to destroy the president with the Russian hoax and the Stormy Daniels hoax and the Ukraine hoax and the impeachment hoax, and all of them failed miserably. 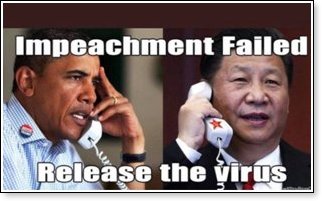 So now their nemesis is in power and in charge, driving them even more clinically insane than they are ordinarily.

In mere weeks, President Trump marshals national and international assistance from industry, organizations, political factions, and individuals that would qualify him for Five-Star General status. That is not hyperbole…this is a war, as he says, against an invisible enemy!

He touts the excellent results he’s heard about – which have since been widely affirmed – in treating coronavirus patients with hydroxychloroquine, in combination with Azithromycin and zinc, and the experts on his task force talk about the constipated process of clinical trials and vaccine development that could take years.

He embodies the qualities of an optimist – realistic about the present but genuinely positive about the future – and the doomsday liberals resort to their old standbys – gratuitous insults and anti-depressant and anti-anxiety fixes.

He is presented with the kind of daunting existential challenges the likes of which George Washington, Abraham Lincoln, and Harry Truman faced, and he addresses them with executive confidence, a lifetime of success, and a burning love for America the Beautiful.

Thank you, Mr. President. With you at the helm, Americans are the luckiest people on the earth! 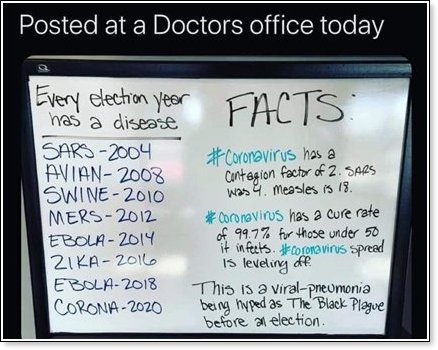 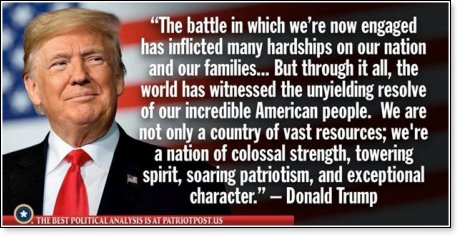 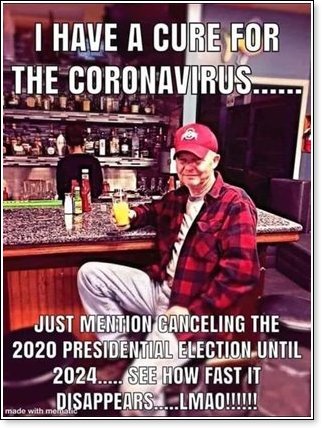