We came to America to get away from this 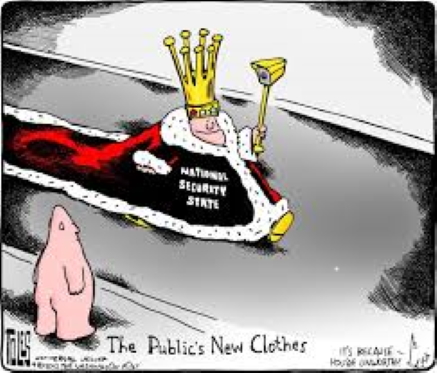 We came to America to get away from this

“They who can give up essential liberty to obtain a little temporary safety, deserve neither liberty nor safety.” ~ Benjamin Franklin

In our hysterical overreaction to the Chinese virus, we have flattened the Constitution instead of the curve.

President Trump has resorted to federalism and left public policy decisions in the hands of governors, which is where they belong. But therein lies the rub.

We came to America to get away from what Democrat governors and mayors are doing to punish and prohibit the free exercise of religion.

When King George issued an incarceration-in-place order for the city of Boston in the wake of the Boston Tea Party, colonial Americans rose up as one and resisted it with manly firmness. The blockade of Boston Harbor led directly to the convention of the Continental Congress, which in turn led to the Declaration of Independence, the overthrow of tyrannical British power, and the creation of the United States of America. 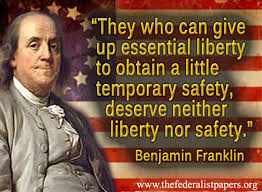 The quest for religious liberty is what drove our spiritual forefathers to these shores. They well remembered that John Bunyan had been left to rot in prison for twelve long years because he had the temerity to preach and teach the word of God without a license. They wanted to live in a land where they would not need permission from the government to freely practice and proclaim their faith.

Our Pilgrim and Puritan forebears, chafing under the heavy hand of the Anglican Church, fled to these shores to breathe free.

Our elected representatives in Congress enacted the First Amendment to the Constitution which guarantees on these shores the “free exercise” of the Christian faith. That’s not just liberty of belief, that’s liberty of exercise, the liberty to practice Christian faith according to deeply held convictions.

Over Easter weekend, several churches in different states were threatened with criminal sanctions. In Louisville, Kentucky, Mayor Greg Fischer warned Christians that anyone attending drive-in Easter Sunday services would be placed under house arrest and forced to quarantine for 14 days. Police officers were ordered to surveill the parking lot and take down the license-plate number of every criminal offender so law enforcement would know where to go to deliver the summons.

This was a service, mind you, that strictly adhered to all recommended social distancing guidelines from both federal and state authorities. Parishioners remained in their cars, which were parked at least 6 feet away from each other, with their windows no more than half open.

The only people outside a car were the pastor and a videographer, who would also remain a safe distance away from the cars.

The Kentucky Constitution says this: “the civil rights, privileges or capacities of no person shall be taken away, or in anywise diminished or enlarged, on account of his belief or disbelief of any religious tenet, dogma or teaching. No human authority shall, in any case whatever, control or interfere with the rights of conscience.” (Emphasis mine throughout.) That means the governor can’t do it and a mayor can’t do it.

Federal judge Justin Walker, the president’s nominee for a seat on the D.C. Circuit Court of Appeals, immediately issued an injunction against this tyranny. He said that the mayor had vastly overstepped his bounds. “The Mayor’s decision is stunning,” Walker wrote. “And it is, ‘beyond all reason,’ unconstitutional.”

On Holy Thursday, an American mayor criminalized the communal celebration of Easter. That sentence is one that this Court never expected to see outside the pages of a dystopian novel, or perhaps the pages of [the online news-satire site] The Onion.

He observed that government officials didn’t prohibit similar activities the governor had declared essential. They weren’t handing out tickets in the parking lots of liquor stores nor to the patrons who walked into a liquor store to purchase booze. Said Walker, “If beer is ‘essential,’ so is Easter.”

Walker went on to quote former Supreme Court Justice Antonin Scalia, who noted: “religion is not ‘some purely personal avocation that can be indulged entirely in secret, like pornography, in the privacy of one’s room.'”

New York Mayor Bill DeBlasio has threatened to “permanently” close any church that does not adhere to his draconian edicts. Thankfully, Attorney General Bill Barr put the nation on notice that the DOJ would be “monitoring” these threats to religious liberty closely, and stands ready to take action where necessary.

Now, governors are given emergency powers in situations like this, but there is one absolutely rock-bottom caveat: any restrictions on freedom of worship or movement must be equally and justly applied. It is totally impermissible to single out houses of worship and slap restrictions on them that are not applied to other organizations or entities. To do so is straight up anti-Christian bigotry.

If people in their cars can’t collect in a church parking lot, then they can’t collect in the Walmart parking lot either. If drive-in churches are forbidden, then Sonic drive-ins and McDonald’s drive-throughs have to be shut down too. That didn’t happen in Louisville. The hammer only came down on Christians attending a drive-in church. No police officers were jotting down license plate numbers at Kroger or Walgreen’s.

In Greenville, Mississippi, police blocked off the entrances to a church parking lot so parishioners couldn’t join the drive-in service. They then started handing out $500 fines to everyone who had already shown up, a gross violation of their rights to liberty and religious expression, and to the freedom of peaceable assembly. And all of this, mind you, on private property with no warrant of any kind.

The law enforcement officer in charge of this SWAT team told the pastor, “Your rights are suspended!” The pastor was measured and controlled, but defiant. He informed the police officer that it is not possible for a mayor to suspend his rights because his rights don’t come from the mayor. They come from the Bible and from God.

In Chincoteague, Virginia, police actually barged into the Lighthouse Fellowship where a service was being conducted with 16 socially-distanced parishioners sitting in a sanctuary that can hold 293 people. The cops gave the pastor a criminal summons and said if he didn’t bust the service up, every attender would get one too. The penalty for non-compliance: up to a year in jail and a $2,500 fine.

This is a church which has a reputation in the community for helping get people free of addiction, brokenness, mental illness, poverty, and prostitution, and sponsors a 12-step recovery program. The church ministers to those on limited incomes, and helps them with energy bills, rides to the doctor, groceries, and transportation. But of course none of that made any difference to these worship Nazis.

If the purpose of all this is to protect the public from coronavirus, fine, but one study indicated that folks are 80 times more likely to catch the virus inside a Walmart than inside a church.

Remember, a lot of the politicians have declared their cities a place of sanctuary for illegal aliens. So now there are sanctuaries for illegal alien criminals but not for followers of Christ.

Bottom line: what we are seeing here does not remotely resemble the America the Founders bequeathed to us. We are doing more damage to our country by keeping it locked down than we ever would do by opening it up.