The region will not be supplied with adequate electric supply if the four dams on the Snake River are removed. 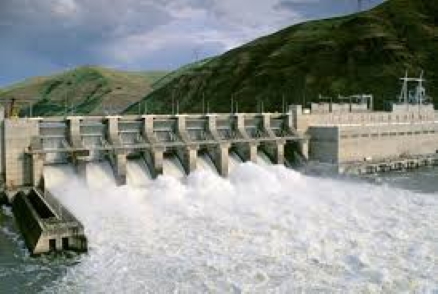 The region will not be supplied with adequate electric supply if the four dams on the Snake River are removed.

Following is (attached) comment forwarded to CRSO, Columbia River System Operations, that has offered a draft Enviornmental Impact Statement (EIS) for review/comment on the operation of the dams and fisheries on the Columbia-Snake River system operations. I am opposed to removal of the dams as their purpose to provide electricity is essential and life-giving.

Theme: Removal of four Snake River dams will exacerbate the shortage of electricity supply that will place more than a quarter of a million residential customers without electricity. It will also have the effect of increasing the cost of while decreasing supply, to essentially move customers into energy poverty, and in extreme cases, unable to afford electricity among other essentials in life. To validate the argument that supply is at risk I use a two week record from BPA (Bonneville Power Administration) for November 2019 (image 1) projected forward to 2045 (image 3) when Washington State’s new electricity law becomes effective. The new law that proposed reaching a ZeroCarbon standard eliminates fossil fuels from generation, attempts a “zero carbon” electric supply free of carbon dioxide, adds cap and trade to feign an electric supply and attempts but fails to add supply lost from fossil sources and 4 Snake R. dams from renewables because/although unknowingly renewables are themselves a “total failure”.

What the State proposes in the 2019 Clean Electricity Transformation Act is to compel utilities to charge its customers four-to 20-fold more for electricity:

…pay for cap and trade to pretend we can have carbon-free electricity (popular in socialist, planned economies, i.e. China, USSR),

…pay for renewables to provide electricity which they cannot do (the Wizard of Oz model), and

…pay for a second plant to backup renewable for 96% of the time renewables cannot do their job (more $$).

There is an abundance of evidence to support this view from countries attempting to do what Washington wants or believes but are failing demonstrably—Australia, Germany, Denmark, Ireland, UK, Ontario.

Driven by political incompetence, personal dogmas, lack of historical knowledge, misinformation and greed, Our state is continuing the re-make the same mistakes made by several other countries.

All of this is to reduce emissions of carbon dioxide because some believe our emissions are causing the level of that gas to rise, but what is wrong with carbon dioxide (first question) and what price must be paid to avoid it (second question)? The covid-19 slowdown in economies worldwide will soon answer (end of April) the third question as to the cause of the rise in the level of carbon dioxide and will soon prove to the world that emissions are not the cause because rational scientists know that the rise in CO2 is a natural phenomenon beyond control of human beings.

In early May we will learn if/if not the CO2 panic is little more than another Chinese ruse.