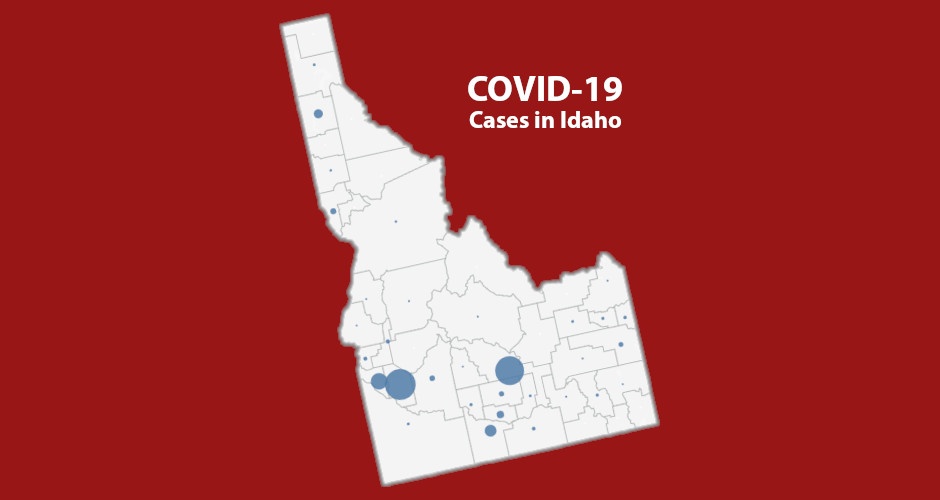 We are now just 3 days away from the 15th of April when the Governor’s “Shelter at Home Order” could end. We are strongly urging our governor to get the people of Idaho back to work. As we said in our message many times on the Kevin Miller Show, this shelter in place order should only apply to those who are at high risk of infection in the most densely populated areas of Idaho. If you look at the facts so far at last count Idaho had 1,407 confirmed cases of COVID-19 in all counties and 27 deaths. The hardest hit have been Blane, Ada, and Canyon. While we are still tracking low numbers compared to many other states and past history of the Flu.

We have basically shut down much of our economy because our Governor is getting his advice from a group of government bureaucrats and medical professionals who are not clinicians on the front line who are actually practicing medicine. It’s time for the governor to lift this stay at home ban for much of Idaho and get the people of Idaho back to work. The citizens in the rural areas of this state are being hardest hit as many will not be able to recover from this shutdown. One can only imagine the angst created by these hardships of losing jobs and businesses.

Idaho’s population is approximately 1.8 million which means 1% of our population is 1,800 so when you look at the numbers pragmatically we are causing huge economic damage to our state and it’s people when we only have less than 1% of our citizens affected by this virus. The medical gurus are saying that distancing is the reason we don’t have a higher infection rate but we would beg to differ with that theory and it is a theory. While the FDA and CDC want clinical trials to prove the effectiveness of a 70-year-old drug Hydroxychloroquine we would like to see the clinical trials from the CDC and FDA that prove distancing is effective in preventing the spread of this virus. We know that many doctors and hospitals are using Hydroxychloroquine along with zinc and azithromycin to treat patients with COVID-19 with great success. We have only anecdotal evidence that distancing is effective in holding the infection rate down. We don’t even know where we are in herd immunity or how long this disease has been active in our state because we have not done any antibody testing. Our government is making bad decisions with unproven data.

The medical gurus of Idaho are making decisions without the necessary evidence to prove their theory about distancing. These are the same people who gave us Obamacare and Medicaid Expansion so why would we trust them in their current decision to shut down most of the state? We should be listening to the clinicians who are active in the medical community every day, not the bureaucrats who are active in lobbying our politicians every day. Can we even trust the data being distributed by the federal government as they were predicting 2 million deaths at first then went to 100 to 200 thousand and now are down to 60 thousand? We are currently at 22,000 deaths and we have already peaked in most of the states. We would expect to see that number lowered again especially now that we are making use of Hydroxychloroquine to cure patients. We need to start looking at the realities here and understand that people are going to die from this disease as they do every year of the flue or any other respiratory disease but shutting down the whole state is not the answer.

Nine different states in the South and Midwest have yet to announce statewide orders as of Saturday: Arkansas, Iowa, Nebraska, North Dakota, and South Dakota have all resisted issuing any kind of stay-at-home orders, while Wyoming, Utah, Oklahoma, and South Carolina have only issued orders in part of their states. The governors, all Republican, have often defended their actions out of a belief in smaller government, despite many calls from within their own states to do so. South Dakota Governor Kristi Noem, for instance, told reporters earlier this week that “the people themselves are primarily responsible for their safety” and that state and national constitutions “prevent us from taking draconian measures much like the Chinese government has done.” She also added, “South Dakota is not New York City.” Read the entire article here.

Governor Little, you can prove your worth as a conservative decision-maker by opening up our state county by county where we have no cases of COVID-19 or very few cases. Ten counties make up 1,273 of the cases with more than 10 cases per county while the rest of our counties make up the balance with less than 10 cases. You need to have those most vulnerable to this disease quarantine themselves in these counties until there is proof of herd immunity which won’t happen till the proper testing of antibodies is done. In the meantime rescind your order for shelter in place for the 34 counties with 10 or fewer cases and get the people of Idaho who are not so vulnerable back to work so they can support their families and keep their businesses. If you don’t these decisions to kill our economy and cause many families to wind up losing their businesses and possibly their homes will rest on your shoulders forever. The people of Idaho are good decision-makers and don’t need anyone in government to tell them what they need to do to keep their families safe. Get out of their lives and let them make their own decisions.

“We get the Government We Deserve”