Ron Paul Calls for Fauci’s Ouster as a Fraud 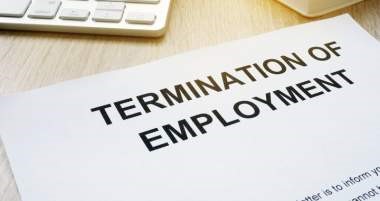 Ron Paul Calls for Fauci’s Ouster as a Fraud

Paul, a physician himself, was responding to Fauci’s lowering of his estimates of coonavirus deaths in the United States down from his previous estimates of between 100,000 and 200,000 to 60,000. But Fauci did not explain how he arrived at the estimate of 60,000.

The main concern of Paul is that the virus was being used by the government to infringe on the liberties of Americans. “The plan that they [government officials] have is when things are getting back to normal, people can return to work, and they do things, and go to the golf course if they get a stamp of approval. Your liberties are there if you get a proper stamp from the government.”

“It’s an excuse to have total control over the people,” Paul added.

Appearing on the Today television program on Thursday, Fauci credited the measures that he and other health experts recommended to government officials in both the national and state governments for the downward revision. “The real data are telling us that it is highly likely that we’re having a definite positive effect by this mitigation things that we’re doing — this physical separation — so I believe we are gonna see a downturn in that,” Fauci said on Today.

Rush Limbaugh, on his radio program this week, also addressed the changing estimates by individuals such as Fauci. He said that those such as Fauci can’t lose. If the numbers of deaths are less than their initial estimates (some as high as over two million), then they will say it is all because the government enforced and the public complied with their draconian standards that we escaped such grim predictions. And, of course, if the predictions proved accurate, then they claim they were right in their predictions.

So far, the virus has been blamed for 15,674 deaths. Even those numbers are somewhat inflated because many deaths have been attributed to COVID-19, despite the deceased not having ever been tested for coronavirus. And if someone is the last stages of cancer, for example, and contracts COVID-19, the death is then chalked up as yet another coronavirus death, when clearly had they not had cancer, the virus would most likely not have killed them.

Fauci has never been elected to anything, and yet he has made “suggestions” that have been adopted by governmental officials from the White House to governors and even mayors across the country. The reality is that government policy on how to respond to the pandemic has been driven almost entirely by a media that is driven by ratings and by a desire to damage the reelection chances of Trump. Any positive developments have either been downplayed by the media, or not even reported at all.

For example, when Trump mentioned the possibility that the anti-malaria drug hydroxychloroquine (sold under the brand name Plaquenil) could greatly mitigate the symptoms of COVID-19, the mainstream liberal media immediately denounced it and Trump along with it. One reporter even said that Trump was giving the American people “false hope.” (One wonders how that reporter, who probably had never even heard of the drug before, was such an immediate “expert.”)

The numbers of persons who have been infected with COVID-19 and who have recovered are simply not reported at all. But considering that there are 436,500 confirmed cases of the virus (and no doubt hundreds of thousands more cases that are extremely mild), this would mean that probably many more than 400,000 Americans have recovered.

Were Trump to actually follow Dr. Paul’s call to fire Fauci, the media would no doubt go into a frenzy of denunciation, arguing that Trump should simply defer to “experts” and to “science.”

But many of the same people who argue that government officials should follow “science” also argue that a man can become a woman simply by saying that he is one. It also raises the question of whether the president should simply become a robot and do exactly what so-called experts tell him to do, whether that be in the area of national intelligence, foreign policy, or any other area in which the president might have to deal with.

Under our political system, the person who has been elected to make executive branch decisions is not Fauci, and not someone at the Central Intelligence Agency. Interestingly, liberal historians and liberal commentators regularly tout “civilian control of the military,” as they certainly should. But are not the generals and the admirals the experts on military tactics? During the Vietnam War, President Lyndon Johnson regularly picked out bombing targets in North Vietnam, and otherwise micromanaged that conflict. During the Cuban Missile Crisis, General Curtis LeMay urged President John F. Kennedy to invade Cuba. Under liberals’ follow-the-expert rubric, Kennedy should have simply said, “Well, I don’t think that is a good idea, but, hey, you are the military expert so let’s go.”

A president has to consider the total ramifications of his executive decisions, not just a subset of consequences, such as those in the area of an underling’s expertise. Fauci’s recommendations have led to depression-like conditions in the United States, with over 16 million unemployed, on the heels of the lowest unemployment rate in 50 years. Many other experts note that such grim economic conditions led to an increase in the suicide rate. Of course, that and other such considerations is outside Fauci’s bureaucratic domain.

In November, Anthony Fauci will not be on the ballot, but President Donald Trump will. We elect presidents to gather information from all types of experts, then make decisions. At the end of the day, the Constitution gives the president of the United States the power and the authority to make all executive decisions, not Anthony Fauci.

As such, Trump probably should, if he does not outright fire Fauci as Dr. Ron Paul advocates, begin to consider the negative consequences of Fauci’s suggestions on the economy — and on liberty —- going forward.

Steve Byas is a university instructor in history and government, and the author of History’s Greatest Libels. He may be contacted at byassteve@yahoo.com.