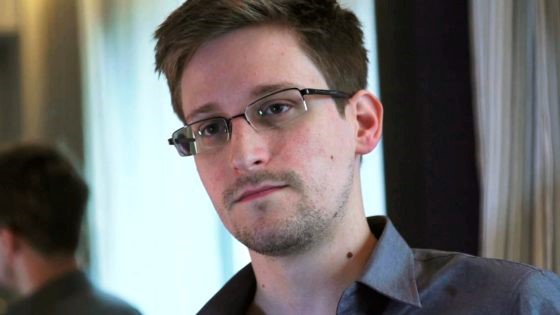 Edward Snowden has a warning for those who are giving up liberty for a false sense of security: the temporary mass surveillance measures put in place will be anything but temporary. Snowden says that these measures are not worth giving up even more liberty.

Nothing is so permanent as a temporary government program, and infamous whistleblower Edward Snowden is sounding the alarms about the Orwellian mass surveillance that will long outlast this coronavirus pandemic.

The former CIA contractor, whose leaks exposed the scale of spying programs in the United States, is warning that once this tech is taken out of the box, it will be hard to put it back. “When we see emergency measures passed, particularly today, they tend to be sticky,” Snowden said in an interview with the Copenhagen International Documentary Film Festival.

The emergency tends to be expanded. Then the authorities become comfortable with some new power. They start to like it.

Power corrupts. It always has and always will.  But people have become comfortable with government officials ruling over them, stealing their money, and telling them what to do.  We’ve been transformed into the government’s slaves, and Snowden says it’s only going to get worse.

Security services will soon find new uses for the tech. And when the crisis passes, governments can impose new laws that make the emergency rules permanent and exploit them to crack down on dissent and political opposition.

Take the proposals to monitor the outbreak by tracking mobile phone location data.

This could prove a powerful method of tracing the spread of the virus and the movements of people who have it. But it will also be a tempting tool to track terrorists — or any other potential enemies of the states. -The Next Web

This virus has so far been an excuse by the ruling class to institute permanent tyranny. As I’ve stated before, I’m far less afraid of this virus than I am of the government’s response to it. Snowden is as well.  He’s especially concerned about security services adding artificial intelligence to all the other surveillance tech they have. “They already know what you’re looking at on the internet,” he said. “They already know where your phone is moving. Now they know what your heart rate is, what your pulse is. What happens when they start to mix these and apply artificial intelligence to it?”

There is no disputing the severity of this pandemic, however, surrendering basic human rights and dignity to the government is essentially giving up and allowing yourself to be enslaved for the remainder of your life.