Legislature fails; Now it’s up to Little to lead with conservative solutions 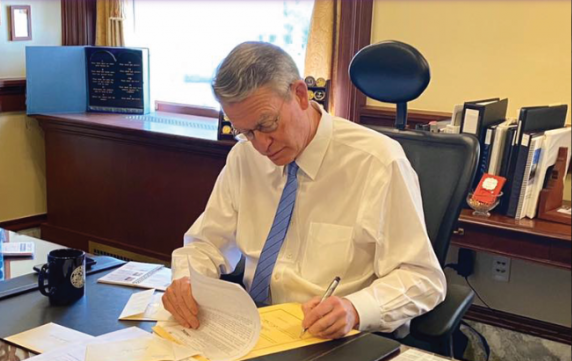 Legislature fails; Now it’s up to Little to lead with conservative solutions

Idaho’s Legislature, being more than 80 percent Republican, sure did struggle a lot to pass conservative legislation in the just-concluded 2020 legislative session. And don’t blame viruses; the dearth of pro-liberty, limited government legislation was the rule well before Coronavirus got in the way.

The 2020 session is a study in bipolarism. Lawmakers bashfully agreed it’s time to replace Common Core education standards. But they also agreed to throw more money into Idaho’s already broken teacher-pay schedule and dropped seven-figures into the latest feel-good education fad: social emotional learning.
State officials didn’t stop the social justice agenda at Idaho’s colleges and universities, but they did demand that the schools get back to their core mission and reduce administrative bloat. Further, responding to our universities’ discriminatory hiring practices, a bill passed that will prohibit affirmative action in government hiring and contracting.

The Legislature failed to provide property tax relief, but it did agree to force local units of government to be upfront about their intentions to use forgone property tax collections to ambush taxpayers with a big bill in the future. That’s perhaps little solace for those who wanted to see a grocery-tax repeal advance, but instead got to see corporate welfare bills make a big return after several years away; a first-time homebuyer tax credit, designed to appease the real estate lobby, passed. A tax break for data centers and a tax incentive for small businesses also secured lawmakers’ blessing.

The Legislature did, finally, agree to eliminate a bunch of outdated regulations that keep Idahoans from getting licenses to work in their chosen occupations. But, legislators also embraced the notion that more regulations are better than fewer, slapping new restrictions on retailers, credit unions, daycares, medical debt collectors, and non-profit organizations.

Though legislators made it harder for police to use drones to surveil the public, they also voted to shield much of lawmakers’ communications from disclosure under the public records law. Lawmakers also agreed to power up two databases filled with information on Idahoans — one with private medical records and the other that marries data from across state agencies so that lawmakers can surmise that your skipping school in eighth grade is tied to the fact that you got jail time years later. Lawmakers approved another round of money for nanny government officials to visit the homes of newbie parents.

Yes, lawmakers really struggled to advance, let alone embrace, liberty. As they leave Boise, all the attention turns from legislative action to the executive branch.
We have to have better results from Gov. Brad Little. Emergency powers give the governor significant authority in deciding how the government responds to COVID-19. Will he use those powers, as other governors and local officials are, to commandeer buildings, shutdown businesses, and restrict human movement? Or will he enlist the help of Idaho’s businesses, churches, and nonprofits to help and get the government out of the way so that life and commerce can adapt to current events?

I hope Little uses the moment to reduce government and let communities work together to meet this challenge. There are several things Little can do. In a recent letter to the governor, IFF suggested things like suspending occupational license requirements for continuing education, allowing licenses that will expire in the next 90 days to remain valid, removing restrictions on the medical profession so that more people can be tested and treated for COVID-19, and passing policies to let public school students earn credit for what they learn while homebound.

Idaho need not do what New York and California are doing: ordering mass business closures, destroying lives and livelihoods. Little need not overreact, as Boise’s mayor has, by severely restricting economic activity.
The 2020 legislative session was a disappointment. But then again, that’s just one very forgettable legislative session. How Little responds to this pandemic will have lasting consequences for the size, shape, and power of government going forward. Today, I’m less concerned about the Legislature’s failure than I am hopeful that Little will lead by example, and show that conservative principles and free markets do matter and do work, even during a pandemic.