Are Americans, and Trump, being Manipulated With Chicken Little, Coronavirus Fears? 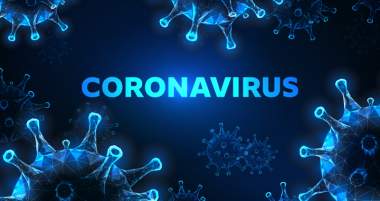 Are Americans, and Trump, being Manipulated With Chicken Little, Coronavirus Fears?

President Trump never actually said the Wuhan flu was a “hoax,” and it certainly isn’t in the sense that there is a virus officially known as “SARS-CoV-2” circulating among world populations. Yet a large number of observers believe that an aspect of this situation is in the nature of a hoax; that is, the reaction — or, some would say, overreaction — to it.

The mainstream media are certainly having a field day. Wuhan flu worries certainly attract eyeballs, and people forced to stay home will likely spend much time imbibing news about what’s keeping them home, right? Besides, it’s a great opportunity to push political agendas (such as the notion that Trump called the virus a “hoax”).

Yet it “appears that rumors of our demise have been somewhat exaggerated,” writes Ted Noel, M.D. Dr. Noel made this claim when citing statistics from the now-notorious cruise ship Diamond Princess, which was quarantined last month after Wuhan flu infection was detected aboard. Of the 3,711 people on the vessel, 712 (19.2 percent) contracted the disease and eight (1.12 percent) have died.

Note, however, that this vessel has been called a Wuhan flu “incubator” and the average age of those aboard was 58, with 33 percent over 70. This is the high-risk group (elderly Americans) whose members were dying during a four-week stretch in 2018 at “a rate of 169 people a day, or seven people per hour” of the common flu, reported the AARP.

So the issue, of course, isn’t whether the Wuhan flu can be deadly; it certainly can. We also should take the oft-mentioned common-sense precautions, such as embracing better hygiene, practicing “social distancing” when a pandemic is afoot, and staying home when sick if possible.

The question is: Does this flu warrant infringing upon civil liberties, closing schools, creating a panic, and shutting down much of the economy? The last thing is, as I reported Sunday, a “cure” possibly worse than the disease.

This reality has prompted some to suggest that we’re being manipulated. Former congressman Ron Paul, a medical doctor himself, wrote an op-ed entitled “The Coronavirus Hoax”; his assertion is that the current panic is being used by authoritarians to stifle freedom. Then, American Thinker writer Eric Georgatos asks, “If this [overreaction] isn’t a deliberate plot to take down America and every safeguard of American freedom, how would it look different if it were?” Good question.

For the record, I’m not given to conspiracy theories. I like to note Hanlon’s razor, “Never attribute to malice that which is adequately explained by stupidity.” But I do know this: There’s a lot of stupidity to go around right now — not to mention dishonesty and ill intent.

I’ve recently cited experts — an MIT biological engineer, a leading virologist, and a Stanford epidemiologist — who all warn that a nationwide lockdown is counterproductive. Now the aforementioned Dr. Noel provides his input, writing:

Governments are causing massive harm in the name of saving us from a small threat. They are lying to help their case. We’ve seen that the actual mortality rate from the Wuhan flu is less than 1%. The Spanish flu of 1918 had a mortality of around 2%. Seasonal flu is reported to be about 0.1% fatal, but that’s based on estimates, not data. H1N1 mortality may actually be as high as 4%, and during the swine flu epidemic, the government did nothing. President Obama didn’t even talk about it until a thousand people had died. But since upwards of thirty thousand die every year from influenza, that’s not a big deal.

Our panic is completely misplaced. But just to make the picture more clear, during the MERS epidemic (also a coronavirus), the mortality rate for confirmed cases was up to 40%. SARS (another coronavirus) had mortality rates of 15% overall, with rates increasing in older patients. They were also “pandemics,” a term used to scare the public into submission.

“Pandemic” just means an infection that is occurring simultaneously all over the world. The common cold is just one example. Yes, Wuhan flu is another, but as we’ve seen, it isn’t any worse than a lot of other diseases. It’s no Ebola, where your survival is in question the moment you get it. Rather, as Italy has discovered, older people with multiple medical problems are at highest risk. As of March 18, of the 2,503 deaths, only 12 had no previous health problems. The average fatality had 2.7 comorbid conditions. All younger deaths occurred in patients with serious illnesses such a[s] diabetes or heart disease.

Noel says that shutting down the economy once the virus is already in the “wild” (prevalent) is “stupid” and that its ubiquity ensures you will be exposed to it. Studies indicate, do note, that 86 percent of the Wuhan flu-infected are asymptomatic or have mild symptoms. In other words, you could be infected right now and not even know it.

Unfortunately, many people are infected with propaganda and, of course, don’t even know it. The Left claims President Trump didn’t take the virus seriously enough, yet accused him of “racism” when he first imposed travel restrictions on China. Some of the same people now call for the nationalizing of businesses, and if Democrats such as New York Governor Andrew “I’m mommy’s favorite!“ Cuomo had enough power, there’s little question that this is what they’d do.

For Trump’s part, had he not acted and instead waited until 1,000 people died to declare a national emergency — as Obama did — the media would say he had bloody hands. In fact, an MSNBC analyst has already claimed that the president may have “criminal exposure” and be guilty of “negligent homicide.”

A few more things to consider:

With respect to Hanlon’s razor, something can be attributable to stupidity and malice. After all, different people in an event can have different motivations, and the same people can have multiple ones. What’s for sure is that if our citizenry had more confidence in our institutions — if, for instance, we didn’t experience the Obama administration’s weaponization of government bureaucracies and the using of intelligence agencies to spy on the Trump campaign — Americans wouldn’t be so suspicious now.