When the Collectivist Cure Is Worse Than the Individual Disease 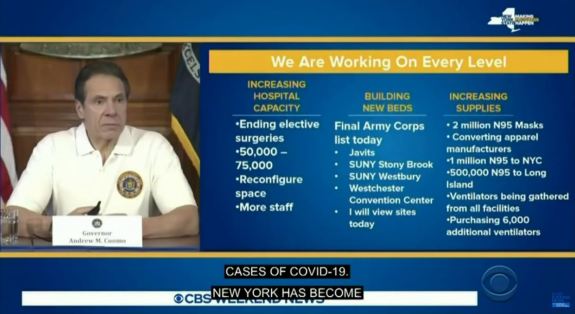 When the Collectivist Cure Is Worse Than the Individual Disease

There’s no doubt that the Wuhan virus or to satisfy those obsessed with political correctness, the COVID-19 virus, can produce a life-threatening condition, especially in the elderly, those with compromised immune systems and compromised pulmonary function.

There’s also no doubt that basic infection control procedures that hospitals, nursing homes, dentists and many other businesses undertake every day can help minimize the risk of transmission: hand washing, regular cleaning and sanitizing of surfaces, gloves, etc. are standard operating procedure in a host of non-medical industries, such as food service, cosmetology, etc. and they work to prevent infections from being transmitted.

We also now know that there are drugs that are both cheap and available that are efficacious against this new disease.

So why are Governors and Mayors, mostly in Democrat-controlled jurisdictions using hitherto unknown executive authorities to shut down all economic activity in their communities?

One answer that suggests itself is that, as author and political commentator David Horowitz once said, “Inside every Progressive is a Totalitarian screaming to get out.”

And so we see Far-Left progressives, such as New York Mayor Bill DeBlasio, who initially refused to take simple steps like closing public schools and libraries, suddenly demanding that President Trump deploy the military and nationalize critical private companies in the medical field and have them running 24 hours a day.

Our friend AWR Hawkins of Breitbart News reported she signed a follow-up proclamation on March 16, 2020, further emphasizing her emergency powers to “suspend or limit the sale, dispensing, or transportation, of alcoholic beverages.”

On March 14, 2020, Breitbart News also reported that Champaign, Illinois, Mayor Deborah Frank Feinen (D) issued an emergency coronavirus order that gives her the power to halt ammunition and firearm sales in the city.

NBC News reports even supposedly “moderate” Democrats like Illinois Governor J.B. Pritzker issued a stay-at-home order on Friday, making it the latest state to make such a sweeping mandate in the fight against the spread of the new coronavirus.

California issued a stay-at-home order Thursday, and New York’s governor mandated that all nonessential businesses keep workers at home. Pennsylvania’s governor has also ordered that all businesses that are not “life-sustaining” close.

What all these extra-constitutional actions have in common are that they are sweeping collective cures for what is an individual disease.

And, they help grow the power of the state at the expense of individual rights and responsibilities and constitutional liberty. As a senior House Democratic leader reportedly told colleagues a few days ago, “This is a tremendous opportunity to restructure things to fit our vision.”

Back before progressives made individual quarantines impossible as a response to the AIDs epidemic, local health departments could and would quarantine individuals who carried life-threatening diseases. Likewise, international travelers arriving from disease-ridden foreign countries were also quarantined, but that too went out of political fashion as stigmatizing.

What has been substituted for those sensible individual responses to the potential spread of disease between individuals is a government-imposed collective shutdown of all economic and social activity – a draconian response not even undertaken during supposedly less enlightened times when such scourges as typhoid fever stalked the land.

Josh Mitchell and Josh Zumbrun writing for The Wall Street Journal report the fallout from the coronavirus outbreak is expected to have a significant negative impact on U.S. economic prospects, with predictions emerging for losses of up to five million jobs this year and a drop in economic output of as much as $1.5 trillion.

Sergei Klebnikov of Forbes reported Goldman Sachs economists on Friday forecast an unprecedented 24% hit to U.S. second-quarter GDP, following a 6% decline in the first-quarter, due to coronavirus; the bank also expects unemployment to surge to 9% and full-year GDP for 2020 to fall 3.8% on an annual average basis.

Deutsche Bank predicts that the U.S. economy will contract by 12.9% in the second quarter, with the coronavirus-driven declines set to “substantially exceed anything previously recorded going back to at least World War II,” according to a note Wednesday reported by Mr. Klebnikov.

Billionaire investor Ray Dalio, who heads Bridgewater Associates—the world’s largest hedge fund, told CNBC last Thursday that the coronavirus pandemic will cost U.S. corporations up to $4 trillion reported Mr. Klebnikov. “What’s happening has not happened in our lifetime before. … What we have is a crisis,” Dalio said, also adding, “a lot of people are going to be broke.”

But to what end is all this obviously destructive and unnecessary economic dislocation being applied?

Today’s Progressives, like all good Marxists, know Karl Marx’s Law of Increasing Misery, sometimes expressed as “The worse things get, the better for the Revolution.” It is no coincidence that Progressives have seized upon the coronavirus panic as the vehicle through which American constitutional liberty and capitalism will be destroyed and a new Socialist Utopia will be established.

People going broke, prominent politicians claiming federalism and the free enterprise system are failing to meet the needs of the people, government suspending civil liberties — nothing like this has been seen in America since the days of the Great Depression, which provided Democrats many great excuses to undermine federalism and constitutional liberty.

Blue State governors, like Pritzker, Newsom and Cuomo, mayors like DeBlasio, Feinen and Cantrell and the unnamed Democratic Party congressional leader who sees the coronavirus panic as “a tremendous opportunity to restructure things to fit our vision” are the vanguard of that revolution.

Republicans and conservatives must be alert to what is going on and stop joining in these mass economic shutdowns and other extraconstitutional actions that are playing into Marx’s Law of Increasing Misery: Quarantine individuals who are ill with coronavirus, treat them with drugs that have been proven efficacious and get Americans back to work before increasing misery triggers the revolution Democrats so desperately crave.