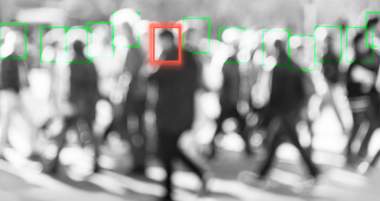 Following the advice of Rahm Emanuel to “never let a serious crisis go to waste,” the Surveillance Hawks in both government and Big Tech are seizing the “opportunity” provided by the coronavirus pandemic to increase surveillance of citizens.

Emanuel famously said, “You never let a serious crisis go to waste. And what I mean by that it’s an opportunity to do things you think you could not do before.” With coronavirus quarantines, curfews, and other government-mandated measures leading the news, it is hard to keep up with all that is happening. One thing is becoming clear, though; individual liberties are taking a beating at the hands of the State.

The U.S. government is in active talks with Facebook, Google and a wide array of tech companies and health experts about how they can use location data gleaned from Americans’ phones to combat the novel coronavirus, including tracking whether people are keeping one another at safe distances to stem the outbreak.

The sources for the Post article are described as “three people familiar with the effort” “who spoke on the condition of anonymity because the project is in its early stages.” They said that public-health experts are interested in the possibility that private-sector companies could compile the data in anonymous, aggregated form, which they could then use to map the spread of the infection, according to the Post.

According to the article, analysis of trends in smartphone owners’ whereabouts could prove to be a powerful tool for health authorities looking to track coronavirus. But “it’s also an approach that could leave some Americans uncomfortable, depending on how it’s implemented, given the sensitivity when it comes to details of their daily whereabouts.” The sources are quick to point out that — if the plan moves forward — there is nothing to worry about, “they are not building a government database.” Now where has this writer heard that before?

It is difficult (read: impossible) to believe such a claim, coming from Surveillance Hawks who have been caught lying time and again. With the ease and relative lack of expense to store everything, why should anyone buy into the claim that this data will not become part of a permanent record?

The article says that “Google also confirmed late Tuesday it had been in conversations with government officials, tech giants and health experts” and that Google “says it is working on its own to tap its trove of location data, particularly any insights it can derive from its popular maps app. The article also quotes Google spokesman Johnny Luu as saying, “We’re exploring ways that aggregated anonymized location information could help in the fight against COVID-19. One example could be helping health authorities determine the impact of social distancing, similar to the way we show popular restaurant times and traffic patterns in Google Maps.” Luu added that any such partnership “would not involve sharing data about any individual’s location, movement, or contacts.”

Of course, given Google’s record for both privacy and cooperation with the Surveillance State, that disclaimer should be taken with the proverbial grain of salt.

The Post also reports that “in recent interviews, Facebook executives said the U.S. government is particularly interested in understanding patterns of people’s movements, which can be derived through data the company collects from users who allow it.

And a White House “official at the Office of Science and Technology Policy, who spoke on the condition of anonymity, said the government is ‘encouraged by American technology companies looking to leverage aggregated, anonymized data to glean key insights for covid-19 modeling efforts.’”

Underlying all of this, of course, is the fact that Big Data and Big Brother can only aggregate data they are able to collect. Turn off location services. Don’t “check in” to businesses and other places. Use practical measures to protect your privacy, and your data stays where it belongs: in your hands and under your control.

This writer remembers a conversation in the wake of 9/11 and the uncertainty of what was next. A loved one asked when I thought things would “get back to normal.” I replied that I believed that ship had sailed and that “this is the new normal.” If the coronavirus scare continues to put Americans in a position to sacrifice individual liberties, the world that existed less than a month ago may be ancient history. More and more government surveillance and government control may be the “new normal” from which America may never return.