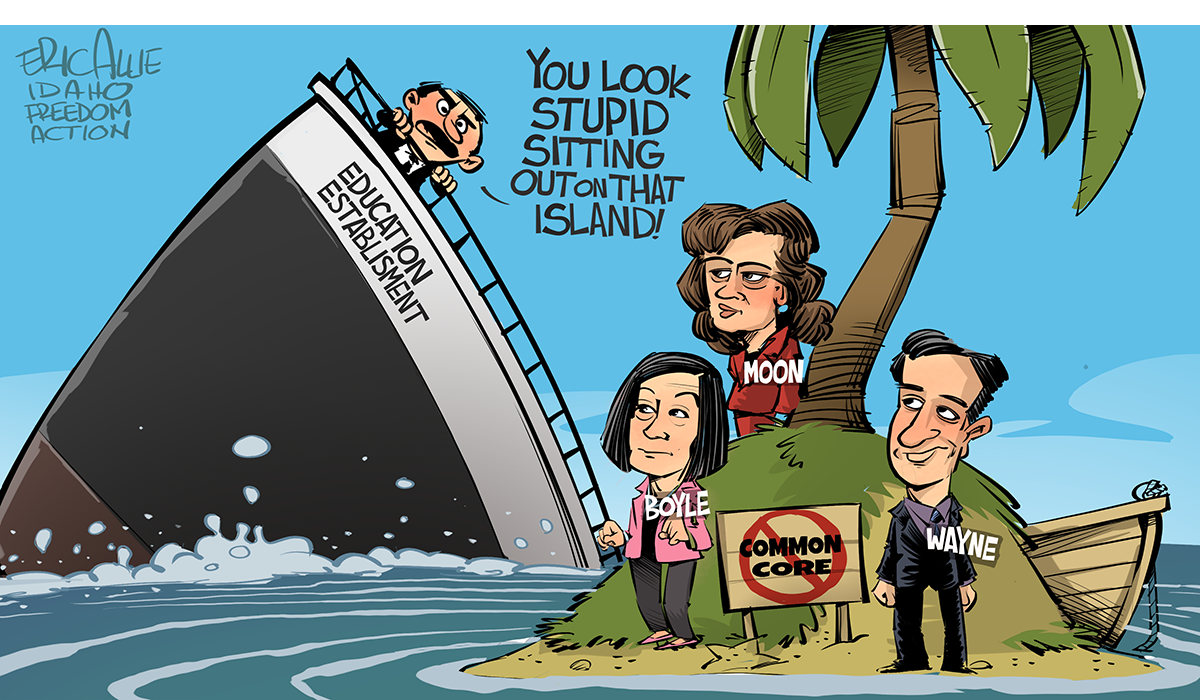 Finally, some good news for Idaho public school kids and their parents: The days of Common Core in our public schools appear to finally be numbered. The House and Senate education committees signaled this week that they’ve had enough of the 10-year old failed experiment in national education standards.

The two committees agreed to a letter — the intended recipients being the governor and the state’s two education agencies — which says, in part, lawmakers “believe it is time to replace” Common Core. Lawmakers wrote they want work to begin on new standards that have buy-in from the public and educators.

To be sure, Common Core won’t be jettisoned tomorrow. However, it also means a path is emerging that will lead to the creation of something new, and one would hope, better. Lawmakers are also considering the formation of a summer study committee that would delve deeper into how to put an end to the nightmare the state got itself into a decade ago.

Idaho is not alone in wanting to bury Common Core, but it is somewhat late to the funeral. Alabama, Arizona, Georgia, Indiana, New Jersey, Oklahoma, and South Carolina paid their respects years ago. Last year, Florida’s new governor pledged to get the standards out of his state’s classrooms, and just last month the Sunshine State’s education board approved replacement standards. North Carolina, like Idaho, is today looking at what it would take to do something different.

The decision of the Legislature’s education committees should make it difficult — although not impossible — for the State Board of Education or the Idaho Department of Education to duck a rigorous review of Common Core, as has been their habit. Superintendent of Public Instruction Sherri Ybarra has consistently defended the standards, even making up a narrative that says Idaho’s schoolchildren have been doing well under them, despite a mountain of evidence to the contrary. The State Board of Education, distilling comments made at a series of public hearings last year, painted Common Core opponents as little more than crazed conspiracy theorists. The board spent no time deliberating the public’s critique of the standards before re-approving them last November.

The letter doesn’t mean there’s unanimity when it comes to the issue; some legislative Democrats objected to the wording and the content of the letter and have said they won’t sign it. And, unfortunately, for some lawmakers, the letter and the interim study committee are just a means to slow the process down and buy Common Core more time.

There also remains the possibility that a change in political winds could yet save the standards. This winter the House Education Committee voted to repeal the standards outright. The Senate Education Committee didn’t want a full-on repeal. The letter is, supposedly, a middle ground. But as the entire Legislature is up for election this year and a letter doesn’t carry the force of law, there is no telling how positions will shift in the months ahead and what that will mean long term.

Still, that the Legislature’s two education committees have come so far is a reason for optimism. That a good number of legislators have opined that Common Core’s day is done is a dramatic departure from years of blind allegiance the standards have consistently enjoyed.

That’s a significant victory, and one of the best outcomes to emerge so far from the 2020 legislative session.