New Effort Made in Congress to Prosecute Local Police 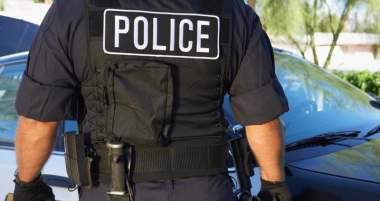 New Effort Made in Congress to Prosecute Local Police

Yet another effort to transfer power and authority away from the states and give it to the federal government is underway.

Recently, Representative Hank Johnson of Georgia’s 4th congressional district introduced the Police Accountability Act to make it a federal crime for a police officer to kill someone. The bill would give the Department of Justice the legal authority to file criminal charges against a police officer should the state fail to file such charges.

If a person — any person — is killed in a state of the United States, any action taken against a person accused of that action is taken by the state where the killing took place, applying the homicide statutes of that state to the case.

Representative Johnson explained why he considered it necessary for a killing by a police officer to be handled as a potential federal crime: “There is no silver bullet to fix our broken criminal justice system.” Johnson argued that his three bills on this subject will “keep bad officers off the streets and begin the necessary healing process to regain the trust and respect between communities and the police.”

Really? Having the federal government usurp the role of state and local governments to investigate and determine the proper action to take if a person is killed by a law-enforcement officer will “regain the trust and respect between communities and the police?” It would seem that it would only add to that distrust if a local jurisdiction cleared a police officer of wrongdoing only to have federal authorities second-guess them.

The National Association of Police Organizations (NAPO) responded in an issue brief: “Currently, any crime committed by a state or local police officer is already federally punishable and prosecutable if the officer violated an individual’s federal constitutional rights. As this obviously includes homicides, there is no need for this legislation.”

Clearly, knowing that the federal government could review a case, even if local authorities cleared him, would cause many police officers to hesitate in using deadly force to defend themselves. That moment of hesitation, of course, could lead to death — of the police officer. As the NAPO said, “We do not need to create duplicative federal law to produce witch hunts against officers whose use of deadly force was justifiable under law simply because they used deadly force.”

Sixteen cosponsors, all Democrats, are supporting Johnson in getting this bill passed. Fortunately, even if the bill were to pass the House of Representatives, it would most likely be defeated in the Senate.

Still, the very fact that such a bill is even being considered is indicative of the lack of regard many members of Congress now have for the Constitution of the United States and the principles of federalism found therein. But it is part of a trend of transferring more power and authority from the states and their local governments and into the hands of the federal government.

In the early years of the Republic, it was clearly understood that the purpose of the federal government was to handle matters of national concern, such as war and peace, foreign relations and foreign trade, and matters of the general welfare, i.e. matters that affected all the states that could not be handled just by one state.

None of the Founders would have considered that the general police power in matters such robbery, murder, and rape would have been within the jurisdiction of federal authority. But over the years, the federal government has continued to encroach upon matters that were left to the states by the Constitution, including criminal law. When the Lindbergh baby was kidnapped, suddenly there was a push to make kidnapping a federal crime. Even car-jacking (the modern equivalent of horse stealing) was thought to be a proper area of jurisdiction for the federal government. Can one really imagine that James Madison would have favored a federal law for car-jacking?

It is particularly unfair to make one person in society (the local police officer) subject to federal prosecution for a crime for which the average citizen would not have to be subject to. (But this would certainly provide the precedent for an average citizen to face such federal charges in the future.)

Centralization of law enforcement has long been a desire of dictators, from Joseph Stalin to Adolf Hitler. One might recall that Hitler, early in his rule of Germany, transferred the police power from the historic German states to the national government, where it would be under his personal control. Of course, this federalized police force was known as the Gestapo. This is hardly an argument for increased federalization of criminal laws.

For that matter, this bill implies that the federal government in Washington, D.C., is in a superior position over the states, which is alien to the founding principles of the country. It also implies that local and state police are more likely to commit murders than federal law-enforcement officials. One only needs to note the abuses at Ruby Ridge and at Waco to know that is not the case.

It used to be well understood that accusations of criminal activity were to be handled at the local level for both practical and constitutional reasons. Today, however, there seems to be no end to the effort to make a “federal case” out of just about anything.

Steve Byas is a university history and government instructor and the author of History’s Greatest Libels. He can be contacted at byassteve@yahoo.com.