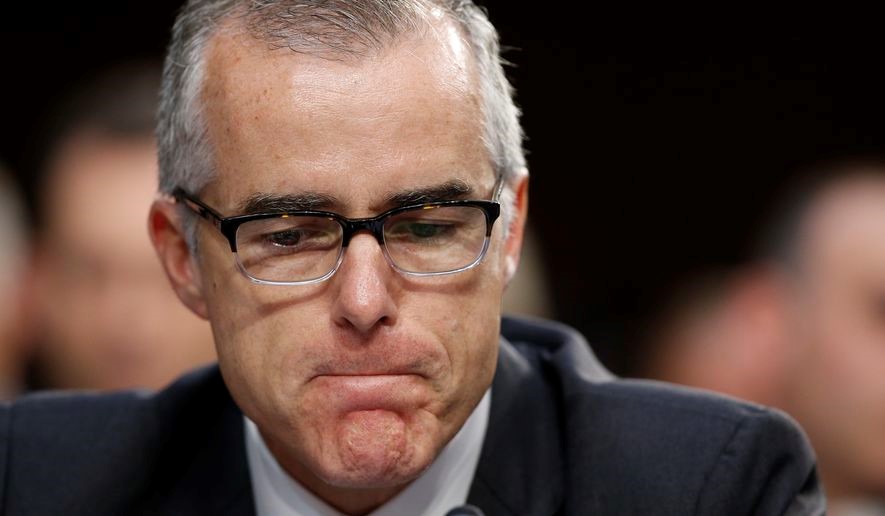 Roger Stone is awaiting a 40-month prison sentence while Andrew McCabe enjoys life as a high-profile CNN commentator, creating outrage among conservatives who see a political double standard when it comes to prosecutions of false statements.

Both men lied to federal investigators or Congress, a federal offense that can be prosecuted and result in prison time.

Their disparate treatment gives rise to concerns that Washington has a two-track justice system that prosecutes President Trump’s allies and allows his liberal opponents to go free.

“The declination of prosecution with McCabe seemed to be a tipping point where the perception of a double standard became reality,” said Kevin Brock, a former assistant director of intelligence for the FBI. “You can chalk some of the others to coincidence or circumstances, but the McCabe declination — after all we learned — was particularly galvanizing.”

A Washington jury convicted Stone, a longtime friend of Mr. Trump, in November of lying to Congress, witness tampering and obstruction of justice. Prosecutors pushed for a harsh seven- to nine-year prison sentence for the 67-year-old political gadfly. Top Justice Department officials overruled the recommendation, and the judge agreed. 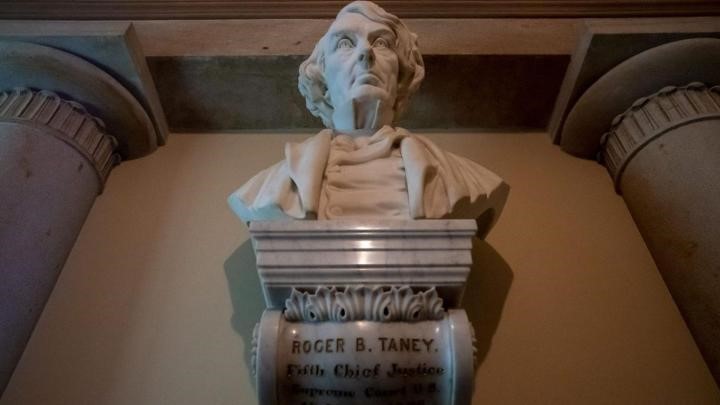 Mr. McCabe, the former FBI deputy director, was found to have lied to investigators looking into improper leaks to journalists about the Trump-Russia collusion case.

The bureau fired him, and the Justice Department inspector general recommended him for prosecution. Department prosecutors, however, opted not to pursue charges.

Mr. McCabe now works as a CNN contributor and regularly spouts criticism of the president.

When it comes to prosecuting false statements, the scales of justice in Washington lean decidedly against the right:

⦁ Former Trump campaign figure Rick Gates pleaded guilty to a host of charges, including making false statements. He admitted his crime and cooperated with prosecutors.

While Trump allies and supporters rack up legal bills and face incarceration, the Justice Department declined to bring charges against liberals accused of similar lying offenses.

⦁ Former Attorney General Eric H. Holder Jr. was investigated by the House Judiciary Committee over his denial of approving prosecutions of journalists for leaking materials. It was later revealed that he approved the wiretap of a Fox News journalist.

⦁ Lois G. Lerner, a former IRS official, was accused of providing false information to Congress on four occasions about her knowledge of a program that targeted conservative groups. She was referred for prosecution, but charges were never brought.

Some cases have been stymied by slow investigations that leave even powerful Capitol Hill lawmakers in the dark about potential prosecutions.

Mr. Grassley, who was chairman of the Judiciary Committee during the acrimonious fight, recommended criminal prosecutions of four people, including Julie Swetnick, who accused Justice Kavanaugh of participating in gang rape while in high school, and her attorney, Trump opponent Michael Avenatti.

Nearly two years later, Mr. Grassley still has not received an update on where those referrals stand.

“Bogus claims during the Kavanaugh nomination risked diverting limited resources away from our important work. Unfortunately, it seems federal authorities have an uneven view of who requires accountability, especially when the liar is one of their own,” Mr. Grassley said in a statement to The Washington Times.

Bruce Green, director of the Stein Chair for Law and Ethics at Fordham University, said he doesn’t accept the premise of separate legal standards for the right and left.

“Whoever is making this critique is not privy to the evidence that federal prosecutors are reviewing, so they have no way to make an intelligent assessment that the evidence would justify an indictment,” he said.

Mr. Green said prosecutors base their decisions on evidence in the case and whether they would be able to prove a defendant’s guilt at trial, not their political leanings.

“The prosecutors in the Stone case made a judgment that he was guilty and it could be proven at trial. And they were right because a jury did find Stone guilty beyond a reasonable doubt,” he said. “I assume the prosecutors looked at the McCabe case and concluded that he was not guilty beyond a reasonable doubt and they did not go forward, which they do in tens of thousands of cases.”

Rep. Matt Gaetz, Florida Republican, blames the appearance of a two-track justice system on former Attorney General Jeff Sessions. He said Mr. Sessions failed to clean house at the Justice Department by removing left-leaning career officials who Mr. Trump has claimed are part of a “deep state” working against him.

“I think we lost critical time and critical momentum under Jeff Sessions,” Mr. Gaetz told The Times “He is to blame for the lack of accountability at the FBI and Department of Justice. We had a chance to really drain the swamp over there, but he became an employee of the Justice Department, not its leader.

“I fear that Jeff Sessions’ time as attorney general did irreparable harm to our ability to bring lawbreakers to justice,” he said. “We lost critical time, we lost the ability to develop evidence, and I don’t think we’ll ever be able to fix that.”

Mr. Brock said he worries that the growing perception of a double standard will lead conservatives to distrust government.

“The perception of a double standard is massively dangerous to our system of government,” he said. “The danger is that we don’t know where the truth lies and it becomes harder to get the truth. When no one can trust that they are actually getting the truth that creates a destabilization that is much more dangerous than some of the threats we face, whether it is the coronavirus or climate change.”

Some have called for the Justice Department to publicly explain the standard for triggering a lying prosecution. They say the statute is a gray area between misleading and outright perjury.

Mr. Gaetz last year introduced legislation dubbed the “Justice for All Resolution,” requiring equal punishment for those who lie to Congress, regardless of their political party. The measure, which would have clearly defined what constitutes lying to Congress, never went anywhere in the Democratic-controlled House.

Mr. Brock said disclosing the prosecution standards for lying would help dispel the notion of an unfair justice system.

“The Justice Department could serve the American people well if it could come up with a statement on what will trigger a prosecution, so the next time there is an Andy McCabe, he gets charged no matter what,” he said. “Right now, it is just too capricious and seems based on individual prosecutor decisions. That just doesn’t seem fair.”