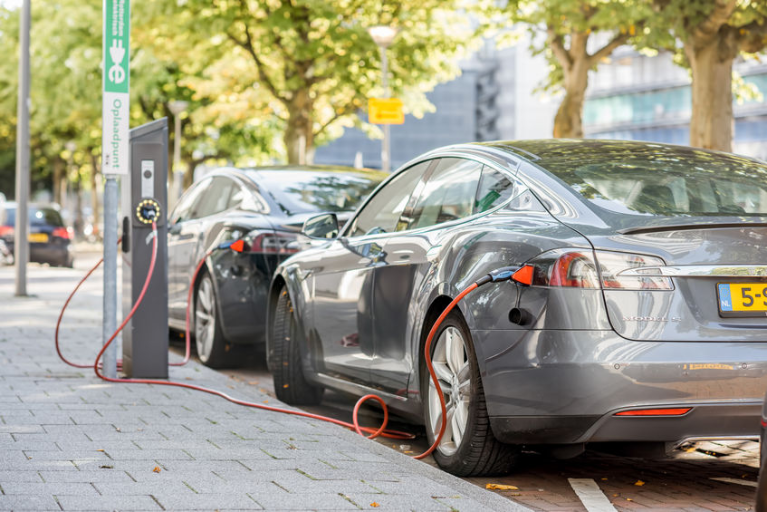 During the Obama Administration a regulation was passed requiring all automobile manufacturers to achieve an average efficiency for all their vehicles of 54 miles per gallon by the year 2025. President Trump recently canceled the ordinance recognizing such a requirement could never be reached without sacrificing the safety of the drivers which we will attempt to explain. A simple tutorial requiring a little arithmetic follows, and the fallacy of the benefits of electric cars will slowly dissolve.

The energy in gasoline is not appreciated. An automobile that gets 40 miles per gallon uses only six tablespoons of gasoline traveling each mile. As good as that sounds, cars cannot be perfectly efficient. There must be friction resistance just to get them going and there is no avoidance of aerodynamic resistance.  Sports cars tend to have smoother machined parts that does reduce friction and account for the greater cost. This is true in bicycles as well. On a bicycle your body will feel the difference between a $500 bicycle and a $2500 bicycle.

In a car there is a practical limitation to achieving higher burn temperatures in the engine in order to increase thermodynamic efficiencies for converting chemical energy to mechanical energy. Higher burn temperatures are accomplished in Diesel engines, but the higher temperatures also requires a heavier engine block. They are super efficient for trucks, trains and ships where the cargo weights are large. More weight eventually means lower miles per gallon for autos.

There is an efficiency calculation that applies to all normal personal vehicles. It is energy per unit distance per unit weight. For example, it may be stated in kilowatt-hours (kWh) per mile (mi), per ton (t) (2000 pounds). The majority of all consumer purchased gasoline-fueled cars utilize about 0.65 kWh/mi/t. Some of the heavier, more efficient cars,(less friction from high performance parts) achieve close to 0.6 kWh/mi/t, which is nearly an 8% improvement. That tonnage must include the weight of the driver and whatever he/she is transporting.

A gallon of gasoline will normally produce 34 kWh of energy. Divide the 34 kWh by the highway miles per gallon (mpg), and then divide by the “curb weight” in tons and add a tenth of a ton (200 pounds) for the driver to that curb weight. A car, for example, that achieves 38 mpg and has a curb weight of 2600 pounds achieves 0.64 kWh/mi/t. That is an excellent car. If the car weighs more (and good luxury cars weigh more than 3400 pounds), the technological advantages must be enhanced to achieve kWh/mi/t values of 0.60 to 0.65.

For the same high standards of engineering, and 54 miles per gallon that was being required by the Obama administration, the car’s curb weight must be limited to less than 2000 pounds. That’s a bitter reality. Many good engineers strongly believed the Obama effort to get cars to 54 mpg, was to put it bluntly, going to create death traps.

Enter the all-electric car. It is deceptive to employ “miles per gallon EQUIVALENTS” as being comparable to the true miles per gallon for a gasoline (or a gasoline-battery hybrid) engine. Purveyors of all electric cars, treat the electricity that flows into their batteries from the wall socket at home or from a charging station as if it were a faucet of free energy.

An accountant would be fired for such an omission. For each 10 kWh that flows from the socket, there are about 33 kWh of stored chemical energy in the coal or natural gas that must be burned back in the local power plant. The kWh that is used in the correct application of an efficiency calculation is supposed to be the ultimate source of the energy, not a deceptive free gallons equivalent coming from the socket.

So the 110 to 120 MPG equivalent values that we are so often told for electric vehicles turns out to be only 37 to 40 MPG equivalent for all the source energy. One can claim 110 MPG equivalent, only if one has his/her own solar collection system with battery storage, and charging facilities. Tesla doesn’t dare suggest that buyers should buy the car PLUS the solar unit. Without this pairing, there is only a very slight reduction in carbon dioxide emissions.

The latest push to have electric cars with longer range, has resulted in the elimination of mpg quotes in the range of 110 to 120 MPG equivalents. In fact MPG is now rarely even mentioned, only the extended ranges. So much battery weight is being added that the reduction in engine weight of an electric car is no longer a valid positive argument. The true source energy per mile per ton may become lower, but only because the total tonnage has increased. Eight hundred pounds of extra battery weight to increase range, for example, is the equivalent of carrying four extra passengers at all times. The additional battery weight is not the equivalent of useful cargo.

The gasoline-battery hybrids (without plug-in) such as the Prius are definitely more efficient. They can achieve close to 0.5 kWh/mi/t, when reaching 50 miles per gallon. The Prius is definitely not a sport car. It has low weight and near-minimum required power. It is superbly engineered to achieve the goals of high miles per gallon (low source energy per mile), and one pays considerably more for it than for any similar sized gasoline powered car.

With the longer range all-electric (battery) car, designers will never achieve a total weight that approaches 0.5 kWh of source energy per mile per ton.