The Era of Confusion

The Era of Confusion 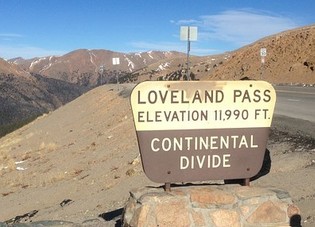 As the chasm in American politics splits wider every day, it makes me contemplate what is at the core of this schism? State Legislators sit in a unique position to see a litany of proposed legislation attempting to regulate groups of people, social issues, and our natural world. All of these, when reduced to the lowest common denominator, seem to revolve around a moral collapse of our society. Often driven by “crises” and accompanied by hysteria, we as a country have gone off our Founding Fathers’ charted course of a Republic which was built on a moral and just people with a sense of community, and instead now seem to zigzag back and forth chasing the feel-good, all-about-me path of self-destruction. 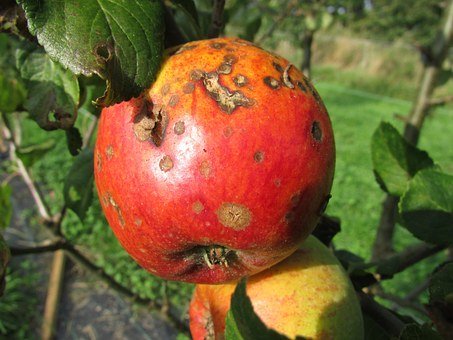 Over the last three weeks legislation unimaginable twenty years ago has been the daily norm in my committees. I sat through almost 5 hours of testimony on whether or not to allow transgender encouraged children’s genitals and healthy body parts to be removed if they want to change their gender.  Yes, we are actually castrating young boys and giving mastectomies to young girls who want to “transition” to the opposite sex.  Other proposed legislation we addressed dealt with patronizing prostitutes, men identifying as females competing with women in sporting events, female genital mutilation, and whether or not the sex identifier on a birth certificate can be changed if a child or adult changes their gender.

There was even a “pro-life” bill in one committee, that is codifying the use of public moneys (yes, your tax dollars) to fund certain types of abortions in cities, counties and public health districts. All these appear to defy traditional values and certainly common sense.  These desperate issues are not remotely connected to the foundational building blocks of great nations in history but are the harbingers of nations on the brink of collapse. And as the old proverb tells us when there is moral rot within a nation, its government topples easily.

The radical transformation of many of our public educational institutions, whether K-12 or universities, has generated vast numbers of young people entering into society with only a minimum grasp on math, science and economics but a hypersensitivity to gender issues, their digital social status, and any criticism or even suggestion to be better. The result is political correctness, “safe spaces”, and association with people who don’t challenge them to be better, but who confirm any and all ideas that make them feel good today.

“Our Constitution was made only for a moral and religious people. It is wholly inadequate to the government of any other.”  John Adams

We have always been a country of resilience, hard work and creativity. I believe we can overcome any obstacle put before us if we as a nation choose to rely on a principled moral compass which places the highest value on pride in traditional families, strong communities and a unified country while abandoning the “me-now-no-matter-the cost” mentality. The chasm stands before us. Will we split it wider or build the bridge? 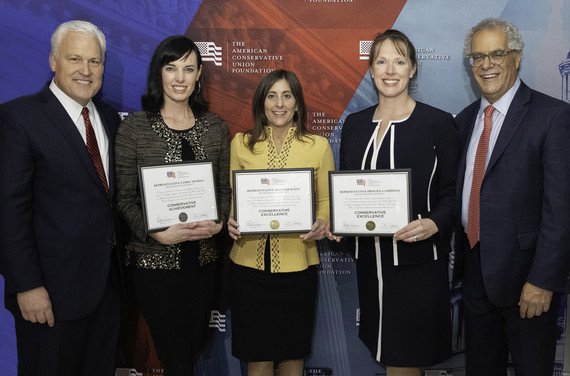 Priscilla Giddings (D7), Tammy Nichols (D11), and I attended the Conservative Political Action Conference (CPAC) in Maryland this past weekend to receive awards from Chairman Matt Schlapp for our conservative voting records. State legislators scoring above 80% on the American Conservative Union Foundation’s Center for Legislative Accountability ratings matrix were invited to attend an award ceremony at the convention. This year’s conference theme, “America vs. Socialism,” highlighted the importance for elected officials in supporting conservative principles. President Trump gave an inspirational speech and we had great seats.  During the convention Breitbart News broadcasted live and asked us all to discuss our thoughts on socialism and how it is impacting Idaho and other states across the country. Attending CPAC was a great experience and a unique opportunity to have Idaho be recognized for its conservative values at the national level.

It has been a frustrating few weeks for liberty and freedom when it comes to Idaho legislation.  Over 500 bills have been printed so far and many of these bills give little relief to the citizens but continue to grow big government.  It is business as usual in Boise.  I had hoped that because it was an election year, we might see some good bills make it through the system, but with no opponents stepping up, many lawmakers have little to fear of their legislative actions from voters.  Remember, it is a Republic, if we can keep it.  You can CLICK HERE to see a list of all the current bills in the House and to read a short summary of how they will affect you personally. More in my next update. 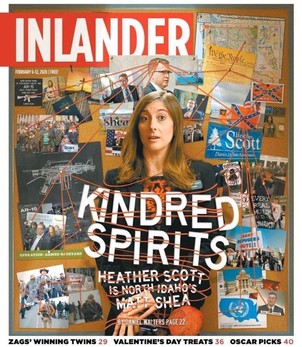 Recent hit-piece on me by Dan Walters of the Inslander paper from Spokane Washington.

When you are a public official who stands on truth, morality, and traditional American values, you will likely be publicly slandered and defamed by the media. The drama continues by out-of-control bloggers and biased journalists, and now even an out-of-state sheriff pushing his own narratives and propaganda. Much time is spent criticizing, attacking and name calling, and putting out fake news, but they never seem to offer meaningful solutions to societal issues.  If you want to know why, please re-read my recent newsletter on the DHS lexicon and the media’s attempts to label lynch conservatives to fall into the category of “domestic terrorism.” (LINK HERE).  There is a good article in BuzzFeed that also explains what is happening and you can view it (HERE).

Should you care to follow the mini drama series of Rep. Scott versus the out of control media and hate-mongers, you can click on the links below:

Click here to see the latest attack by Betsy Russel, a gossip blogger from the Idaho Press Tribune who continues to try to label lynch me as a white nationalist and supremacist HERE:

Click HERE to see the most recent attack to label me by a Spokane County sheriff who apparently feels comfortable using his sheriff’s status to push his self-appointed judge-jury-executioner mentality across state lines. This feckless individual with a badge comes to Idaho to label and attack sitting lawmakers who are obviously “too conservative” for his “Konservative”  Washington State liking. Maybe Mr. K should spend more time in his own state and county fixing his crime ridden areas instead of wandering out of his jurisdiction to spread his hate and bigotry. Interestingly enough, the day and time he was attacking me, I was receiving a conservative voting award and watching President Trump talk live!  What irony!

I plan to continue to work hard for my constituents and for the people of Idaho. The overwhelmingly positive response I continue to get confirms I am on the correct legislative path.  Thank you for your support! 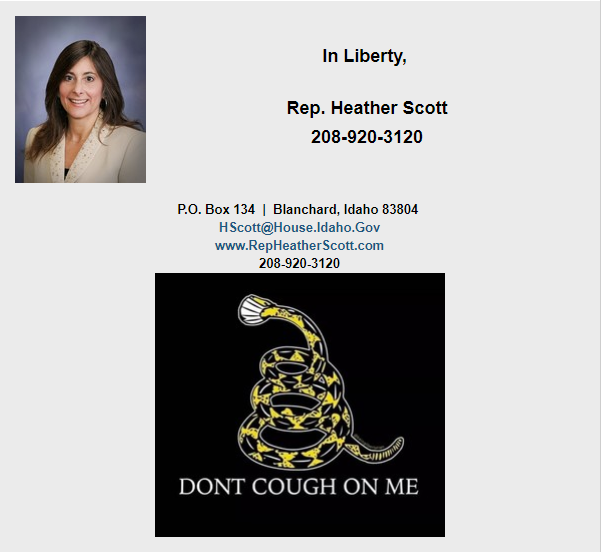