I Am a Trump Republican 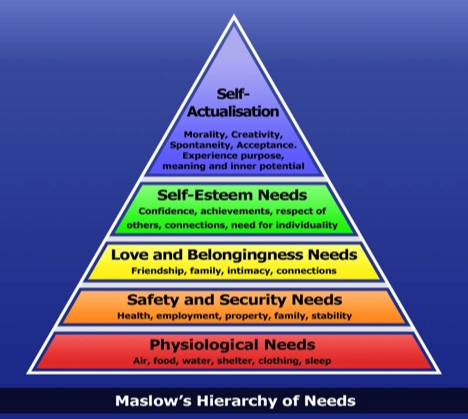 I Am a Trump Republican

Ever since the Cuban Missile Crisis, when I was 9 years old, I have periodically scanned the Western horizon looking for a mushroom cloud. A few days ago I suddenly realized that I don’t do that anymore. I believe with President Trump’s ability to talk, rather than attack, we don’t need to be worried – as much.

Not that he hasn’t launched a few missiles himself, but it seems he has only done so to prove a point, and kept damage to a minimum. As a businessman he knows most problems are communication problems. I admire how he has sat down and talked seriously with Russia, China, North Korea, and anyone else that could pose a threat.

We Baby Boomers went through “Duck and Cover” Training in grade school.  See: “DUCK AND COVER” Civil Defense film from 1951.  But in October ’62 it became different. We could see that our parents were worried. Shortly after that the movie Dr. Strangelove came out and we realized our leaders weren’t infallible. 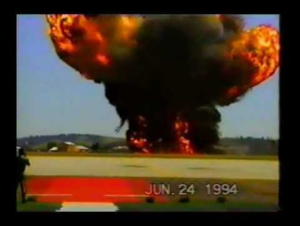 One day in 1994 I turned on to the Freeway from Liberty Lake and headed west. I saw the mushroom cloud I had been waiting for way in the distance, but it was rather small. Even so, my first thought was this may just be a small bomb. But it was way too vast to be just a building on fire. It turned out to be a B-52 Bomber that had just crashed at Fairchild. I wonder how many others driving on I-90 west had the same thought I had. Even though the Soviet Union had collapsed a few years before, there could still be a General Jack Ripper going rogue.

Not that Trump is a peacenik. Rather he is a builder than a destroyer. After I started studying him Maslow’s Hierarchy of Needs Scale came to mind.

Donald Trump had flipped casinos and skyscrapers like house flippers will flip houses to make them better again. I think Donald Trump thought “If I can flip this Country, and Make America Great Again, I will achieve self-actualization more than any other President in history. “

In 2016 I was supporting Senator Rand Paul for President, but then he had to drop out to keep his senate seat. I looked at the other candidates and couldn’t see any I wanted to work for. I happened to run into former State Senator Brian Dansel and he said Trump is the real deal. I thought he was kidding and I lost some respect for Brian, temporarily. I read Art of the Deal and then I realized if anyone could Make America Great Again, it would be Donald Trump. I started spending most of my spare time putting up 4X8 signs for Trump all around Spokane County for Trump, and again, and again as they would be torn down within a few days. Not only were they torn down but many were fricasseed as if the Samurai Chef had prepared them. It was then I knew I had the right guy.

Pictured below – Young vandals above caught by my trail camera on I-90 by Liberty Lake tearing down my Trump Sign. They probably were taught this in today’s Civics Classes. The police said they only do fingerprints on cars but at least I had put plenty of grease on the sign. I hope they wore their favorite clothes.

Trump is not a destroyer, but he is a fighter when he has to be. As my friend and fellow Trump Republican, Dave Saulibio, makes the comparison of Trump to General Ulysses Grant per the words of Lincoln; “The man fights.” Lincoln had seen the waste of American lives with generals like McClellan, Hooker, Meade, Burnside and finally found his man. I had felt the same way about both Bush’s, Dole, McCain, and Romney. They weren’t fighting for us, and in a few cases were fighting against us.

Dave Saulibio also ran against Rep. Cathy McMorris two years ago. By contrast Rep. McMorris did not support Donald Trump. She has always supported whoever the GOP told her she should support. The GOP Leadership didn’t support Donald Trump in 2016, but I did. That is partly why I am running against Rep. McMorris Rodgers. – to make that distinction. I want to go to Washington DC and help President Trump Make America Great Again.

Cathy has a 61% rating on the Freedom Index at thenewamerican.com/freedom-index as she takes her $ 1.7 Million Campaign Fund into her race for a 9th term. Cathy is a nice lady, and I am a gentleman, so the worst I will say about Cathy is that she is an underachiever. We need fighters now.

In 2016 I not only put up signs for Trump but I also brought him his lunch when he visited Spokane. I waited for several hours at the Airway Heights McDonalds, and when I was given the go ahead I ordered 40 Big Mac Meals for The Donald and his entourage. When I got to the landing strip I could only hand them through the fence to the secret service man. I didn’t get to see Donald Trump, but if I win this race I am sure to see him sometime.

The Republican Party is a big tent as they say, but we need Trump Republicans now. I humbly ask for your support. If you agree with me then go to electrobchase.com and make an affordable donation. 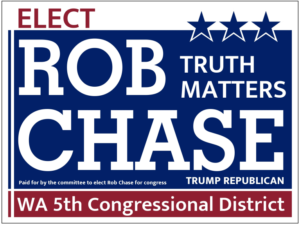