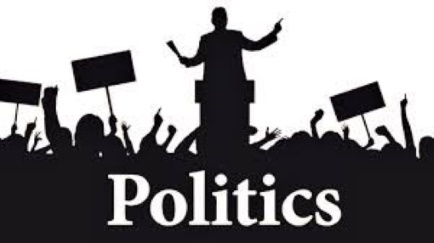 Politically, all that counts is how politicians vote.

You’ve probably heard before about how well-meaning politicians of deep patriotic intentions arrive in DC, or state capitols like Boise, Olympia or Helena to be slowly transformed into different men and women by incredibly skilled professional lobbyists and PAC’s who begin swaying their interests through deal making, lies, perks and outright bribes. Elected legislators, might not even actually realize their transformation or at least acknowledge their ‘new understanding,’ if they are confronted, but instead defend their new views they’ve acquired as being the way things are done. 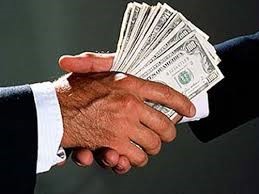 They quickly set about learning the ways stuff works, how to survive politically, start their next campaign war chest, and dive into orchestrated committee work, no matter the issue, while being expected to follow the path of leadership that is in turn also usually orchestrated by others such as another branch of government, a central committee, all powerful LOBBYI$T$ or the Council on Foreign Relations. Never mind if issues are absolutely unnecessary and follows the Constitution seems to be a prevalent attitude.. Today, all that seems to matter to most politicians is that they come home with some bacon to show what ‘booty’ they wrangled out of our general tax fund for their constituents. * And that is not why they are there.

A Classic Lesson: An Assertion to Congressman Davy Crockett

All politicians should hear the classic story of how a rural Tennessee farmer named Horatio Bunce ‘schooled’ then sitting Congressman, Col. Davy Crocket during a chance meeting in a field that Mr. Bunce was plowing. Mr. Bunce scolded Col. Crockett for voting to give $20,000 as charity to sufferers of a fire in Georgetown. He explained that in the first place, government ought to have in the Treasury no more than enough for legitimate purposes. 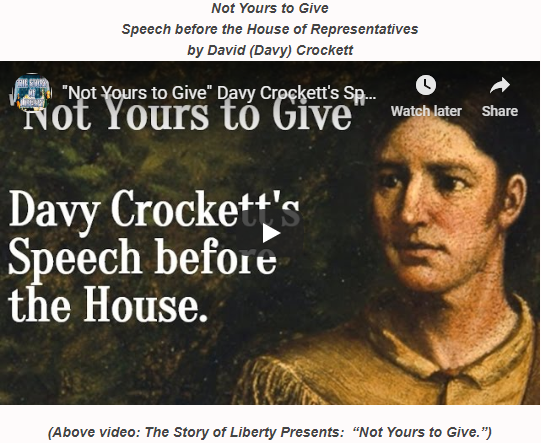 Bunce said to Rep. Crockett: “The power of collecting and disbursing money at pleasure is the most dangerous power that can be entrusted to man… You see, that while you are contributing to relieve one, you are drawing it from thousands who are even worse off than he. If you had the right to give anything, the amount was simply a matter of discretion with you, and you had as much right to give $20 million as $20 thousand. If you have the right to give to one, you have the right to give to all; and, as the Constitution neither defines charity nor stipulates the amount, you are at liberty to give to any and everything which you may believe, or profess to believe, is a charity, and to any amount you may think proper. You will very easily see what a wide door this would open for fraud and corruption and favoritism, on the one hand, and robbing the people on the other. No, Colonel, Congress has no right to give charity.

“The people have delegated to Congress, by the Constitution, the power to do certain things. To do these, it is authorized to collect and pay moneys and for nothing else. Everything beyond this is usurpation, and a violation of the Constitution.” – Compiled by Edward S. Ellis in his ‘The Life of Colonel David Crockett.’ and featured in a brief tale titled ‘Not Yours to Give.’

It seems that Davy Crockett is the only person that ever heard that story.

Politicians today need to heed Mr. Bunce’s sage Constitutional advice. They are not supposed to be there to solve citizens’ problems, and help mankind. They are there to follow Constitutional law which involves supporting states’ rights and the rights of their citizens allowing our citizens and our commerce to flourish in unrestrained freedom from too many laws, regulations, taxes and too much government waste so we can better compete against countries who haven’t these burdens. 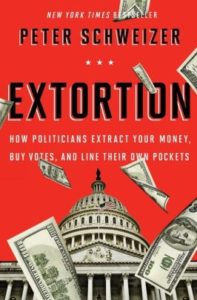 Peter Schweizer states in his book ‘Extortion,’ “Law is written to create more rules. As Jonathan Macey of the Yale Law School puts it, ‘Laws classically provide people with rules. Dodd Frank is not directed at people. It is an outline directed at bureaucrats and it instructs them to make still more regulations and to create more bureaucracies.’ For example, the law requires 243 rules and sixty-seven studies by eleven different agencies. The law also requires the creation of multiple new government entities, including the Financial Stability Oversight Council (FSOC) and the Consumer Financial Protection Bureau (CFPB).”

“It’s not that government officials and bureaucrats can’t make things simple. At the height of the financial crisis of 2008, government officials produced a simple two-page application for banks to use in applying for federal Troubled Asset Relief Program (TARP) money. It was ‘the model of simplicity,’ with only four clear, concise bullet points. Federal officials used this document to lend nearly $50 billion to the biggest banks. When a true crisis arises and time is precious, Washington can cut to the chase.

“Government bureaucrats and law-writers can make things simple, but apart from dire emergencies, they generally choose not to. Complexity is a useful and lucrative method of legal extortion for politicians because as University of London economist Anthony G. Heyes puts it, ‘it is precisely the complex, opacity and user-unfriendliness which underpins the value of their expertise.’ And that translates into ‘selling advice to those they previously regulated.’”

And from Peter Schweizer’s previous book ‘Throw Them All Out’: ‘We’ve all heard about the New Rich. Once, they were the Oil Rich. Then they were the Silicon Valley Rich. The Dot Com Rich. Now it’s time to meet the New New Rich: the Government Rich.

“For the Government Rich, insider deals, insider trading, and taxpayer money have become a pathway to wealth. They get to walk this exclusive pathway because they get to operate by a different set of rules from the rest of us. And they get to do this while they are working for us, in the name of the ‘public service.’”

What America Is About

“It hasn’t been what the government has done that has made America so great. It was what the Government has been prevented from doing that has made the difference. What set America apart from other lands was freedom to work, to produce, to succeed and especially to keep the fruits of one’s labor. America became great precisely because the stifling effect of too much government had 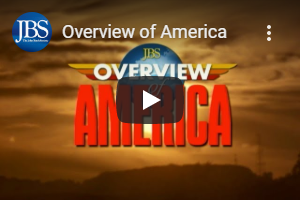 been prevented. However, freedom in America was not totally unrestrained, Americans overwhelmingly chose to limit their actions with moral codes such as the biblical Ten Commandments. Personal morality and Limited Government; it’s the combination that characterized America and made it the envy of the world.” – Unquote from Transcript of 29 minute video ‘Overview of America’ which can be seen anytime at the top of the front page of InlandNWReport.com

Of interest to anyone also is that ‘Overview of America’ explains the differences between the state controlled economies of Communism, Socialism, Nazism, and Fascism as well as clearly defining Monarchy, Oligarchy, Democracy, Republic and Anarchy. Every American should understand the rich information in this 29 minute video and every politician should understand it most certainly.

All of the excesses, abuses, and overreach of Big Government running wild and ruining our country and our lives is the fault of irresponsible politicians who have an absolutely terrible mindset that is out of touch with what America is about. It is time to redeem themselves by reversing most of what is taking us down or we need to replace them with real patriots that will do what needs to be done for America’s future and for our grandchildren.

There’s a very simple way of identifying which elected representatives need replacing in our Idaho statehouse and Congress in Washington, D.C. You study The Freedom Indexes for both bodies which shows exactly how they vote with criteria in keeping with their Constitutions and then cull them at the voting box. Here in Idaho The Freedom Index is published by IdahoFreedomIndex.com.

For the U.S. Congress see “The Freedom Index” at thenewamerican.com/freedom-index: A Congressional Scorecard Based on the U.S. Constitution” rates congressmen based on their adherence to constitutional principles of limited government, fiscal responsibility, national sovereignty, and a traditional foreign policy of avoiding foreign entanglements. In the two year, 116th Congress just completed this January, here is how abysmally our congressmen and senators in Washington, D.C. voted with the Constitution: U.S. House 36% and U.S. Senate 28%. So there you see now why we are where we are.

Don’t count on a thing politicians say, only believe what you see and judge them on how they vote!