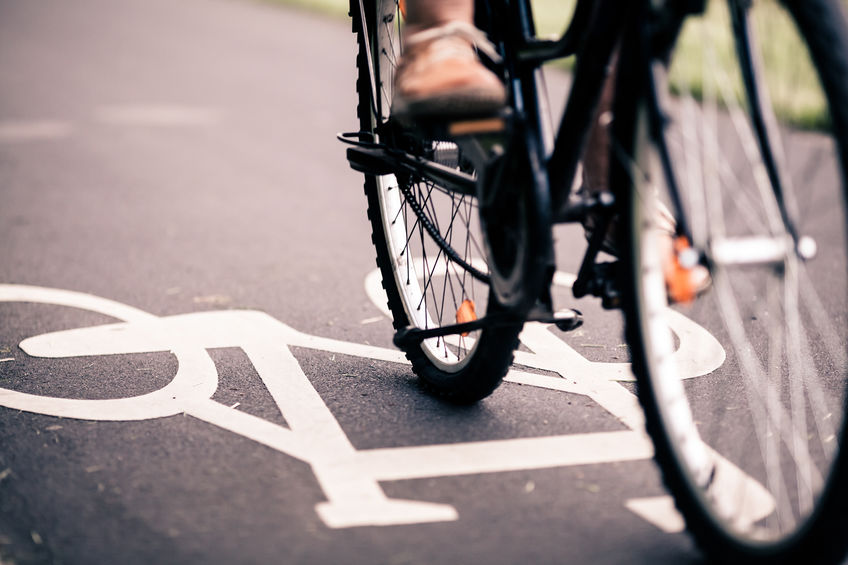 This now fashionable phrase is attributed to Scottish biologist, sociologist, and town planner Patrick Geddes (1854-1932). Geddes actually used the words “think local, act local,” but the modern version of the concept he put forward over a century ago now serves the ambitious agendas of environmental activists and urban planners eager to transform towns and cities into green oases.

Not content with attractive city parks and tree-lined streets, a growing number of local governments – often working with unelected “commissions” — are turning to seizing private property through eminent domain to virtue signal their commitment to a greener planet.

In Mahoning County, Ohio, a local park district wants to convert an abandoned railroad line into a recreational bike path. But the railroad line runs through about a dozen farms whose owners are understandably not crazy about the idea of having complete strangers riding their bikes across their land. When the farmers let their displeasure be known, Mill Creek MetroParks, a public agency run by five unelected commissioners, decided to invoke eminent domain to gain right of way for the bike path. The commissioners’ move so angered state Rep. Don Manning (R) that he introduced a bill sharply restricting the use of eminent domain in Ohio.

Writing in the Wall Street Journal (Feb, 15-16), Steve Malanga points out that, “The practice of government taking land for recreational uses – typically, bike lanes, biking paths, and fashionable ‘rail trails’ and ‘greenways’ is spreading across the country, marking a sharp and troubling expansion of eminent domain. The Takings Clause of the Constitution’s Fifth Amendment grants the government the power to seize private property for public use, as long as government pays ‘just compensation’ to the owner.

Expanded Definition of “Public Use”

Over the years, the Supreme Court has allowed “public use” to cover an ever-growing number of projects. The most infamous case was the 2005 Kelo decision in which the high court upheld the seizure of Susette Kelo’s waterfront home by the city of New London, Conn. so that a developer could build high-end condos and a hotel on her property. As for the “public use” to be served by the seizure, this was said to be the boost in property values and increase in tax revenues the redevelopment would produce. The real estate deal ultimately fell through, and the swanky condos and hotel were never built, but Mrs. Kelo still lost her home.

The loosie-goosy definition of “public use” has encouraged land grabs across the country, with bike paths being held up as prime examples of how much good can come from eminent domain. Bike trails “are increasingly being used as a nonrecreational means of transportation, particularly by low-income residents without access to a motor vehicle,” testified Jason Segedy, Director of Planning and Urban Development for Akron, Ohio, in opposition to Rep. Manning’s bill.

Malanga cites the example of officials in Sioux City, Iowa who sought to complete a riverfront recreation trail in 2017 by offering the owner half of what an independent county commission determined the property was worth. When the owner turned down the “offer,” city officials invoked eminent domain. The owner sued, and the matter has been tied up in court for over two years.

Then there is Swampscott, Mass., where officials in the North Shore Boston suburb want to build a 2-mile trail through the property of over two dozen homeowners. The landgrabbers in city hall are armed with $850,000 in dedicated funding for the trail, which includes money for eminent-domain seizures. Homeowners, however, are fighting back, and 28 of them have hired attorney Peter E. Flynn to defend them from eminent-domain abuse.

“There are properties along this path whose values could be substantially diminished,” Malanga quotes Flynn as saying. “Juries tend to be sympathetic to property owners if they can afford to fight a case like this in court, and I have seen court awards that can bust the budget of a town.”

And when they’re not grabbing land for bike trails, they’re lavishing taxpayer money on bike racks. Washington, D.C.’s WJLA TV reports that Metro, the metropolitan area’s subway system, has spent $3.8 million on two unfinished bike racks over the past five years. Metro originally budgeted $600,000 for each rack, but the price tag has ballooned to $1.9 million each. The covered bike shelters at two Metro stations will house 92 bikes, putting the price tag at more than $20,000 per bike. The project is entering its sixth year, and no one can say when it will be completed and how much it will ultimately cost.

There is nothing noble about thinking globally and acting locally when it allows local authorities to run amok with people’s rights and money.