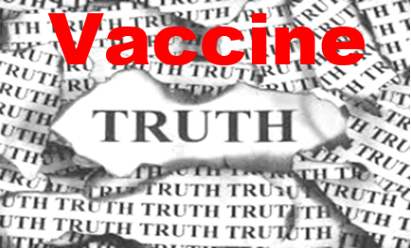 Immunizations continue to be at the forefront in federal government programs and in states that create legislation with mandates for vaccine compliance.

Each state has vaccination requirements for children entering kindergarten, including Idaho, with some states requiring more vaccines than others.  While all school immunization laws grant vaccine exemptions for medical reasons, many states are now creating legislation that would remove exemptions for philosophical or religious reasons such as California, Mississippi, and West Virginia.  While retaining the medical exemption, California now has a new law that any physician writing a medical exemption order must submit it to the state for final approval.  This is a pretty scary concept, a state interfering in a patient-physician relationship.

Even though the Center for Disease Control (CDC) is allegedly a federal program, it created a strategic plan for global immunization, aligning with the UN World Health Organization (WHO) Immunization Agenda 2030, and the UN Children’s Fund (UNICEF) immunization programme, considering vaccinations as a “right”.  As a result of the strategic plan, CDC now has a computerized database for collecting information on who has been given immunizations.  Although voluntary at this point, when will it become mandatory?  Working with WHO and UNICEF, CDC is in the process of developing its second phase of the 2021–2030 global immunization plan.  The ultimate WHO goal is to “immunize more people, from infants to seniors, with a greater range of vaccines” which is part of Agenda 2030 Sustainable Development Goal 3.8, Ensuring Healthy Lives and Promote Wellbeing For All at All Ages.

New York University research scholar and law professor Mary Holland confronted the UN about government immunization policies, reminding them of medical atrocities during the Holocaust that led to the Nuremberg Code which states, “voluntary consent of the human subject is absolutely essential” and “no one shall be subjected without his free consent to medical or scientific experimentation.”  The UN Educational, Scientific and Cultural Organization, (UNESCO), addressed medical rights by adopting the Universal Declaration on Bioethics and Human Rights which states “any preventive…medical intervention is only to be carried out with the prior, free and informed consent of the person concerned, based on adequate information.”  Ms. Holland received a standing ovation for her speech.

However, in spite of its rhetoric, it is well known that the UN is a despot organization that is using deception by manipulating the truth and dismissing an educated public.

Now, the UN, and our own government, has made citizens the target for not swallowing the immunization agenda, even assigning the insulting name anti-vaxxers to those who oppose vaccinations.  Going even further, UNICEF Executive Director Henrietta Fore states, “Misinformation about vaccines is as dangerous as a disease”, and “poses an imminent threat to public health”.  At the same time the WHO Chief Scientist, Dr. Soumya Swaminathan, admitted that vaccines cause deaths for some patients, then immediately tossed out a more politically correct whitewashed version, uh, explanation.  While Ms. Swaminathan dismisses a child’s death from a vaccination as being “blown up by the media”, that statement does nothing more than validate her cold indifference towards humans.  The real truth is that these elitists are threatened by citizen intelligence.

Dr. Lawrence Palevsky provided some significant information, and just a phenomenal explanation about vaccinations in a speech to the Connecticut Legislature in 2019.  His overview of vaccine ingredients and the effects on children without appropriate studies on those effects, the lack of studies on vaccine safety, and virus mutations that occur secondary to vaccinations should be watched by every person with concerns about vaccinations.

Ms. Swaminathan’s statement about not having the necessary safety systems provides validation to Dr. Lawrence Palevsky’s stating that no studies have been done on actual vaccine immunity or a cross comparison between the health of a vaccinated child versus one who is unvaccinated.

Research on the polio vaccine validates Dr. Palevsky’s statement on virus mutation secondary to vaccination and causing vaccine-derived polio outbreaks.  While it is often heard that polio is eradicated, that is not true.  WHO researchers participated in a study that states, “In one out of every few million recipients, they (oral administration) cause polio paralysis.  Immune-impaired individuals can become long-term shedders of the virus.”  The same is true in Pertussis “where vaccinated individuals can still transmit infection”, Varicella, and Measles.  In spite of virus shedding being a legitimate concern, even studied, those who understand its implications continue to be mocked.

The National Vaccine Information Center (NVIC), at times attributed with “fearmongering and misinformation about vaccines”, is an advocacy group regarding vaccine truths and public participation in decisions.  This group has been monitoring the increase in state mandates on vaccinations, federal government threats to take control over vaccination laws, and the federal government prostituting a health issue for increased vaccination rates in states.

WHO, UNICEF, and the CDC should feel threatened by citizens who challenge their vaccine propaganda and refusal to just simply tell the truth.  It has to be acknowledged that there has been much benefit with disease reduction from vaccines, but that does not negate the risks and adverse events that are associated with them, or justify the mass agenda that forces citizens to receive every vaccine created.  As more truth about vaccines is made available it is no wonder vaccination refusal rates have increased.  It is because of a more educated public, not ignorance as suggested.  These pompous elitist technocrats, who truly believe they are the only ones who are intelligent enough to make decisions for the populace, better be careful.  Their aggressive action forcing vaccinations may just backfire on them, with more opposition and rejection of vaccinations.