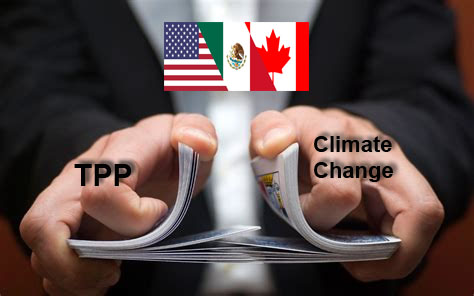 President Trump signed the USMCA trade “Deal” on 1-29-2020. The United States abdicated its sovereignty to a multilateral globalist international trade agreement, which will be implemented through regional governance of unelected agencies, boards, bodies, commissions and Indian Tribes, not elected government. The agreement is a “living” document and can be changed at will, subordinating U.S. law to the agreement. The irony: Britain exited the European Union on Friday 1-31-2010 of the same week in order to regain its sovereignty.

Trump is opposed to Climate Change; however, he is for its solution: sustainable development (SD). He said “Americanism, not Globalism, will be our credo”, during the campaign – that has been short lived on trade and SD. He also stated that he was opposed to multilateral trade agreements. The USMCA is a multilateral “green” trade agreement between three countries: United States, Mexico and Canada. This sets up a North American Union (NAU) between the three countries. Both Democrats and Republicans overwhelming supported passage of globalist USMCA in late 2019.

Since Trump became president, I have argued stopping SD at the local level as it is voluntary and that the president would be getting the country out of the Paris Agreement: The United Nations 2030 Agenda for Sustainable Development in November 2020, nixing international entanglements to SD; however, since the passage of USMCA, my argument is moot – local activism, debating an opposing position, will take a big hit on this issue.

The passage of the USMCA will send a signal to all departments and agencies that green SD programs are the future.

Published with Permission of iagenda21.com