When Does Human Life Begin? 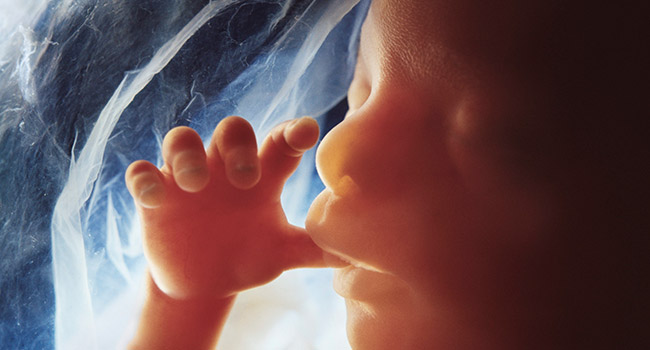 When Does Human Life Begin?

What Biology Tells Us About the Instance of Life

There can be no doubt that abortion—no matter the reason—is a consequential affair. Lives are irrevocably altered under the numbness of local anesthesia and the gentle sway of reassuring voices. Though mother and child enter together—bound in the most natural union across the expanse of biology—after the invasive stabs of slender probes, the crushing grasp of cold forceps, and the scraping, rending sweeps of the curette, only one leaves alive. The other—ripped bodily from what should be the safest place it will ever know—grows cold amongst a swaddling of plastic, bound now not for a loving embrace, but the refuse bin. A decision was made, a choice invoked, and a life vainly snuffed out like a candle in the dark of night …

Since the landmark case of Roe v. Wade in 1973, more than 60 million legal abortions have taken place in the United States. To put that into perspective, World War II is estimated to have claimed the lives of between 400,000 and 600,000 Americans. The greatest modern threat to American life thus isn’t a bloody battle on a foreign beach or even a creeping contagion from some remote jungle; it’s the quiet genocide of the unborn under a concocted banner of “choice.” What’s more is that, statistically, the predominant reason for abortions in the US is anchored to the mother’s selfish desire to continue the life she sinfully craves at the expense of her child’s life. [1]

Therein though lies a question: does abortion result in the death of a living human being? While it seems that the answer is obvious enough, for many the argument has been made that the tissues stripped from the mother’s body—no matter how humanoid they may appear at the time of their removal—do not in fact represent a living person, but rather just the constituent cells and organs of what would eventually be a person. Setting aside all cultural views, political arguments, and the like, we find that biology clearly reveals the truth of the matter.

At one time it was common for medical authorities to rely on the presence of either brainwave activity or a detectable heartbeat to determine if a person was truly “alive.” From that perspective, as Chuck Swindoll wrote: “… it is eye-opening for some to realize that unborn children have detectable heartbeats at eighteen days (two and one-half weeks) after conception and detectable brain-wave activity forty days (a little over five and one-half weeks) after conception.” [2] Indeed, to this end, as of 2016, some 88% of all abortions happened during the first trimester, that is, prior to the 13th week of gestation. [3]

While the heartbeat/brainwave prerequisites were sufficient in the past, there is a substantial case to be made that life indeed begins prior to even those telltale signs. It was with the work of Schleiden and Schwan in the 1830s that allowed investigators to recognize that a life begins with the development of a single-celled zygote. In consideration of this fact, the American Medical Association took a strong stance in opposing abortion in 1859, describing the act of an aborting mother as “…the wanton and murderous destruction of her child.” [4] Abortion was plainly understood as murder, for even as far back as the mid-thirteenth century—long before that declaration by the AMA was made—the common law considered abortion homicide if it was conducted before the fortieth day following conception. [5]

Though the consensus on the matter was medically clear for decades, some verbal gymnastics in the 1960s attempted to redefine the notion of “conception,” and thus limit the personhood of the developing child. Conception, just for clarity’s sake, is effectively the moment that the father’s sperm and the mother’s ovum fuse; in a word, fertilization. It’s a simple concept, yet one that abortion advocates have continued to adjust for more than half a century. This tactic still continues today with their reliance on misdirection, half-truths, and blatant falsehoods to sway mothers into murdering their developing children. So deluded are some of these individuals by their own myopic desires that they invoke the faulty notion that “life” is only considered a viable condition if the baby can exist apart from its mother! Author and speaker Kris Vallotton framed the issue well when he said:

“We told mothers, ‘That is not really a baby you are carrying in your belly; it is a fetus, tissue that suddenly forms into a human being just seconds before it exits the womb.’ In doing so, we were able to assert that, in the issue of abortion, there is only one person’s human rights to consider, and then we convinced mothers that disposing of fetal tissue (terminating the life of their babies) was a woman’s right. Our constitution no longer protects the unborn because they are not real people. They are just lifeless blobs of tissue.”

Frame it however they like, the fact of the matter rings clearly in the words of Dr. C. Ward Kischer, Professor Emeritus of Human Embryology of the University of Arizona School of Medicine, who unequivocally declared that “Every human embryologist, worldwide, states that the life of the new individual human being begins at fertilization (conception).” [6]

Unique, genetically diverse, intricately-designed life begins at conception! It commences as the sperm and egg come together, a cellular marriage of two individual components merging into a new organism. As the genetic blueprints bound within the sperm and the egg collide, a new story written in nuclear chemicals coalesces for the first time. Across its length are encoded the genes which will direct this zygote—this single-celled embryo—to replicate, differentiate, and divide countless times into specialized tissues, organs, and systems that work together in unison. [7] What’s really fascinating is what takes place in the moments immediately marking that conception. There, deep in the tissues of the womb, the darkness is pierced by the shimmer of newly-dawned life!

“THE SPARK OF LIFE”

Like fireworks rhythmically firing across a globe, the fresh zygote undergoes a transition as its composition changes, billions of zinc atoms sparking across its surface in reaction to the union of the sperm and egg. This “spark of life”—which can carry on for as long as two hours after fertilization—is clinically referred to as “egg activation,” and it has been discovered that the brighter these burn, the more viable the zygote! [8] One can almost imagine this fantastic event as a microscopic celebration instituted by the Creator, a tiny lightshow to commemorate the beginning of a new Human Being.

From a biological standpoint, there can be no realistic argument against the fact that life does indeed begin at the moment of conception. Though only initially a single cell, the vast complexity of the intracellular landscape boggles the mind with its layers of interdependent components and cascading reactions, compounded of course by the sheer intricacy of that unique genome it houses; it’s nothing short of a natural marvel. Between these elements one is hard pressed to argue against the obvious, that being that even at this stage of development, the zygote is surely alive and perfectly human. In every facet, this single-cell— the originator of countless trillions more—is fundamentally a living human being. There are those who will bristle at the reality of this truth, who—through tightly clenched teeth—will fervently declare that, though the zygote is alive, it most certainly is not a true person. One could very well argue however—as did the American College of Pediatricians—that “personhood” can only exist in a living human being and that the division of these two states is arbitrary at best. [9]

In the end, what’s interesting is how advocates for abortion tend to lean on clinical jargon and advances in medical resources in an attempt to undermine the reality that life does indeed begin at conception. What’s interesting about this is the fact that such science has in effect done just the opposite, demonstrating without the shadow of a doubt the very moment that the “spark of life” bursts forth across a newly conceived embryo. With the tools at our disposal today, we can confidently peer into the womb, witnessing for ourselves the fascinating interactions of genetic components and chemical reactions as a new and special life is formed within a mother. Technology has made this clear for us, but the inspired Scriptures said it all along.

“…thou hast covered me in my mother’s womb. I will praise thee; for I am fearfully and wonderfully made: marvelous are thy works; and that my soul knoweth right well. My substance was not hid from thee, when I was made in secret, and curiously wrought in the lowest parts of the earth. Thine eyes did see my substance, yet being imperfect; and in thy book all my members were written, which in continuance were fashioned, when as yet there was none of them.” [10]

Published with Permission of savedmag.com