The Real Enemy of the People 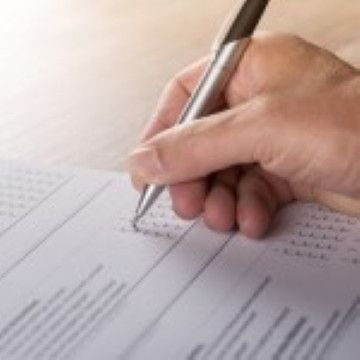 The Real Enemy of the People

As we prepare for another Democratic giveaway debate tonight, it’s interesting to observe the torment that surviving Radical Left candidates are experiencing. All of them (with the possible exception of Uncle Bernie) realize that a majority of Americans reject the silliness they’re peddling, but they’re fearful that the Radical Left base will abandon them if they dare to move toward the center.

This is precisely what brought Michael Bloomberg into the fray. Though not a moderate by any stretch of the imagination, the mainstream media is able to cast him as a middle-of-the-roader when compared to the other crazies in the Democratic field. Ditto with Deval Patrick and any other latecomers who might be tempted to take the plunge.

Depending upon what day of the week it is, all Democratic candidates refer to themselves either as liberals, progressives, socialists, or democratic socialists (always being careful not to mention the dreaded “C” word, communism). The truth be known, each of these words is a misnomer, because what all of the candidates really are is retrogressives. Based on their own words and actions, it’s clear that they harbor an enormous disdain for progress.

Progress means creating new products and services that make lives better, which in turn means more and higher paying jobs and a healthy economy. But the Founders never gave the federal government the authority to do things like “create jobs,” “get the economy moving,” or “strengthen the middle class.” These are nothing more than retrogressive euphemisms for increasing government power and crowding out the entrepreneurs who create real wealth, real jobs, and a fundamentally strong economy.

It is hard-working individuals, not government, who built America and made it the most prosperous country in the history of the world. And the only way the United States can continue its present-day prosperity is for government to get out of the way and allow those same individuals to continue moving the country forward. Of course, all this is anathema to the retrogressive, because it makes more and more people independent and thus not inclined to seek help from the government.

Retrogressives tend to be clueless idealists who do not understand, or do not want to understand, that man’s ability to invent has given him the capacity to improve his standard of living by exponential leaps and bounds.

Anyone who doubts this need only ask himself what the proposals below — all of which are endorsed by most or all of the Democratic field — have in common.

In effect, what Democratic candidates are promising voters is misery, poverty, and oppression. To say the least, it’s a hard sell, so hard that semi-normal Democrats are beginning to push back on these retrogressive ideas, including none other than the guy who openly embraced remaking America into a socialist paradise, Barack Obama. And since it will never be possible to get a majority of Americans to agree with most — or even any — of these ideas, the only way retrogressives can ever hope to get their way is to employ force against those who refuse to go along with them.

But let’s back up to the most important question underlying all this: Why would anyone want to stop human progress in the first place? I believe it’s a combination of naiveté, ignorance, arrogance, and, above all, a lust for power — pure, unadulterated power. But progress liberates people, which is why those who thirst for power work so hard to thwart it.

With all this in mind, it’s not difficult to understand why retrogressives are the most dangerous people on earth. For at least a hundred years they have been moving the United States away from the liberty the Founding Fathers so eloquently wrote about in the Declaration of Independence and toward servitude.
The divide between liberty and tyranny is, and always has been, irreconcilable, and it’s time for those who believe in liberty to come to grips with the reality that the agenda of the retrogressive is to transform the United States into a collectivist utopia where omnipotent government plans, controls, and owns everything. Our government is now saturated with retrogressive politicians and bureaucrats who view progress as the evil enemy because it stands in the way of their desire to control all aspects of every individual’s life.

Thus, the major question of our time is, which side will prevail? Will it be the retrogressive, who extols the virtues of a collectivist society in which men and women are living, breathing automatons? Or will it be people who believe in the right of the individual to determine his own destiny without having to answer to an all-mighty government?

No one can be sure of the answer to this question, but a good start would be to vote out of office all retrogressive members of Congress — both Democrats and Republicans — who stand in the way of progress. In that respect, November 3, 2020, promises to be a watershed day in America’s battle between liberty and tyranny. It won’t be a total victory, but it could be an important step in the right direction.

Let’s face it, retrogressives lie, steal, cheat, and, above all, believe in the use of force. You cannot change them. You cannot reason with them. You cannot quell their anger. The only solution is to defeat them — preferably at the ballot box, but, if not, by any means necessary.

Related Posts
1. Focusing on the Real Enemy — You
2. People of the Lie
3. The Individual versus the State

+Robert Ringer is an American icon whose unique insights into life have helped millions of readers worldwide. He is also the author of two New York Times #1 bestselling books, both of which have been listed by The New York Times among the 15 best-selling motivational books of all time.