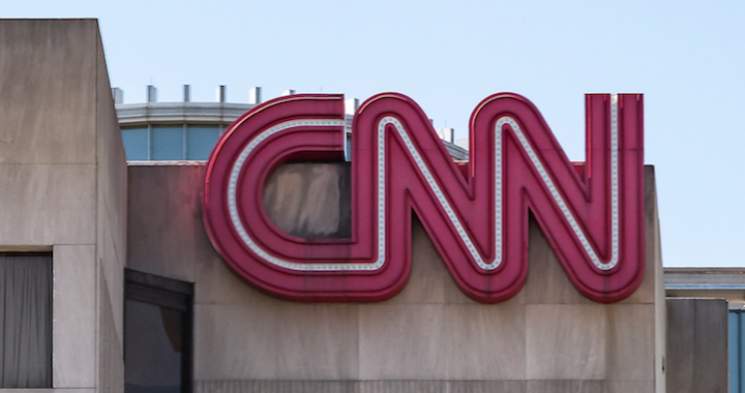 Perhaps it’s the competition from the Babylon Bee. But you’d think left-wing network CNN would see a ratings shift during the interest-piquing Democrat primary season, and it has.

Its ratings have actually dropped — while rival network Fox News’s numbers have risen.

In fact, CNN couldn’t even manage one million viewers during New Hampshire primary week; this is despite being available in approximately 85 million homes.

Moreover, Fox more than tripled CNN’s viewership during the same period, the week of February 10.

The even worse news for CNN is that it also trailed MSNBC that week, as Breitbart colorfully relates with the following primetime statistics:

Amazingly, “during the first presidential primary in four years (Iowa is a caucus), CNNLOL belly-flopped into ninth place, losing to HGTV, TLC, the History Channel, and only barely beating the Hallmark Channel,” Breitbart informs.

Yet it gets still worse for CNN (and better for the country). As Breitbart relates about the Feb. 10th-week day viewership:

But Fox enjoys the really good news, AdWeek.com points out, writing that “presentations of Hannity, Tucker Carlson Tonight, The Ingraham Angle and The Five comprised 13 of the top 15 telecasts in all of cable.”

So perhaps it’s no wonder that CNN is “obsessed with Fox,” as Breitbart puts it, smearing the network “as dishonest, hysterical, and even ‘dangerous.’” The outbursts are no doubt partially driven by jealousy, too, perhaps a bit like loser-brother “Fredo’s” “I’m smart!” protestations in The Godfather Part II. (Ironically, the Fredo label was applied to CNN host Chris Cuomo, and he — a nerve obviously having been hit — reacted almost as irrationally as the film character.)

CNN’s slide is striking. A news network losing viewers during the season’s very first presidential primary is like the Golf Channel losing viewers during Masters week. Then again, this wouldn’t be surprising if the Golf Channel were claiming that Russians somehow won the last Masters for Tiger Woods and that, you just wait, he’ll soon be stripped of his title and Green Jacket.

CNN went all in pushing the Trump/Russia/collusion hoax, building up its left-wing viewership’s expectation that the president would be proven Putin’s puppet and ousted from office. But then Special Counsel Robert Mueller — on whom the Left had pinned its hopes — released his report showing no evidence of collusion. It was a bust.

Over-promising and under-delivering are devastating for any business, and, sure enough, CNN’s ratings dropped 26 percent in April, 2019, the month coinciding with the Mueller report’s conclusion and release (March-April).

MSNBC’s Rachel Maddow also saw a ratings drop, while Fox experienced a viewership surge at the investigation’s conclusion. Thus does it make sense that CNN would have been doing better last February, pre-Russian-hoax-collapse, than now.

Of course, CNN could have seen this coming. Remember that some of its employees were caught in 2017 on hidden camera admitting that they knew the Trump/Russia story was a hoax — but were pushing it, anyway (video below. Warning: foul language). 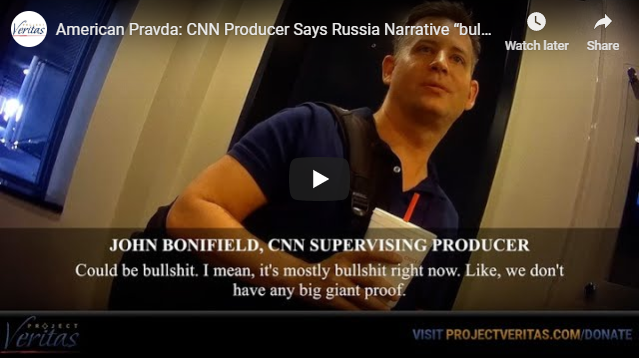 Now you know why the New York Post, playing on CNN’s motto, hilariously mocked the station as “The Most Busted Name in News” (image below). 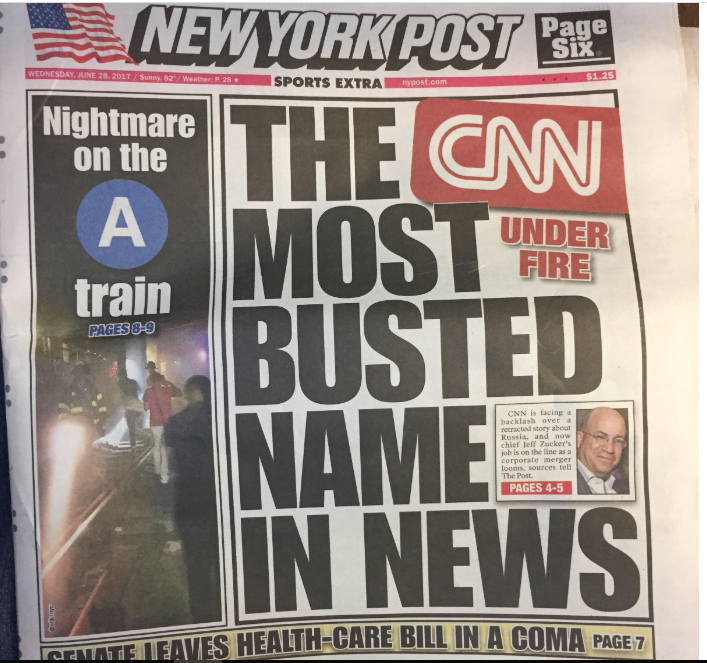 But CNN has done much to earn its Counterfeit News Network moniker. Breitbart reminds us that last year the station blamed Trump for a sexual assault allegation filed against CNN host Don Lemon, spread a conspiracy theory that the president was responsible for April Ryan’s bodyguard allegedly accosting a journalist, and accused him of inspiring Chris Cuomo’s aforementioned “Fredo” episode.

Furthermore, CNN had to settle out of court a $275 million lawsuit earlier this year brought by Nicholas Sandmann, the Covington Catholic High School student the network had defamed in 2019 as a “racist” following an incident in which the boy was targeted by left-wing agitators.

Then there was the time, in 2017, the network presented a fake National Inquirer cover as real.

There’s a saying, “A man capable of deceiving only others is not nearly as dangerous as a man capable of deceiving himself.” CNN and the rest of the establishment media won’t change because not only do they peddle lies, but they themselves believe many of the lies and can’t understand why President Trump (and others) calls them “fake news.” And the first step toward remedying a problem is acknowledging it.

Unfortunately, their problem is also ours because they reflect a nation in moral crisis. So just as with government, perhaps it could be said that people get the media they deserve, too.