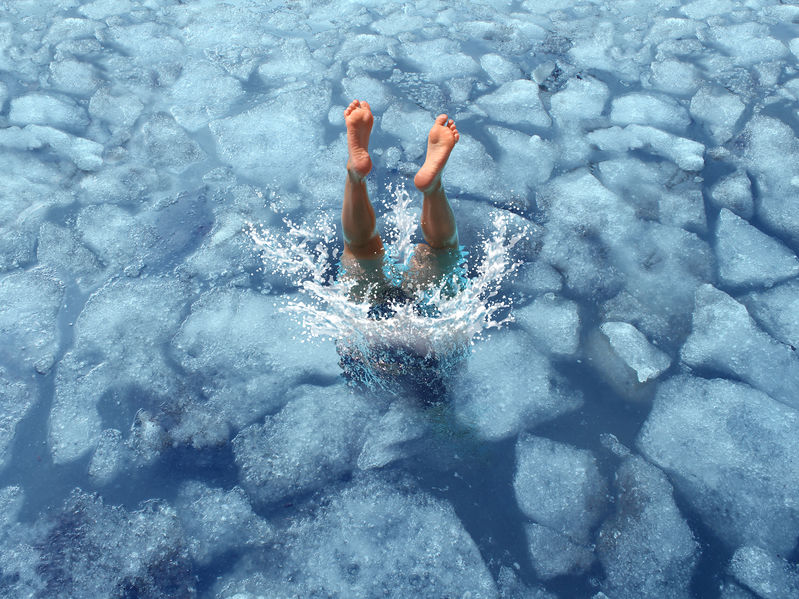 Trying to imply that cooling is right around the corner when we’re watching record-breaking warm ocean temperatures to me seems a big stretch, but current facts and the history around the five previous ice ages that came and melted before fossil fuels became recognizable words may be worthy of reviewing.

The real climate crisis may not be global warming, but global cooling, and it may have already started. These events may not be an anomaly, but a predecessor of things to come:

The sun activity which is not controlled by humanity or by social media may be formulating a different forecast for the world. Even NASA has imagined a “Little Ice Age” in the future, because of solar activity that rises and falls in 11-year cycles; and the newest one begins this year, 2020.

And, the prospect is the possibility and consequences of impending lower global food production, as crops fail during the coming years, along with the potential for major increases in weather related deaths around the world.

Neither humans nor fossil fuels were present during the five warming cycles that melted the icebergs of the five previous ice ages. Also, it should be noted, only 12 percent of the earth’s surface is habitable by humans.

Without the existence of human beings or fossil fuels to blame for the previous five ice ages, and the warming cycles that melted the ice, we are left with a troublesome question.

If we believe that solar activity is the main driver of surface temperature rather than CO2, we may begin the next cooling period within the next decade.

The sun may be dimming, temporarily, but don’t panic; Earth is not going to freeze over. But will the resulting cooling put a dent in the global warming trend? Solar cooling may have already started. Sunspot activity is at a low ebb and there is considerable discussion on what effects that may have or is having on Earth’s climate.

A periodic solar event called a “grand minimum” could overtake the sun perhaps beginning as soon as 2020 and lasting through 2070, resulting in diminished magnetism, infrequent sunspot production and less ultraviolet (UV) radiation reaching Earth —all bringing a cooler period to the planet that may span 50 years.

The last grand-minimum event — a disruption of the sun’s 11-year cycle of variable sunspot activity — happened in the mid-17th century. Known as the Maunder Minimum, it occurred between 1645 and 1715, during a longer span of time when parts of the world became so cold that the period was called the Little Ice Age, which lasted from about 1300 to 1850.

When the Little Ice Age fortunately ended a little more than a century ago, the planet began an overall warming trend no thanks to any Green New Deal at the time, but by nature itself. Crop production once again increased, famines became rarer, extreme weather events became less frequent and severe, and human health and welfare dramatically improved.

Spending trillions of dollars in the hope that temperatures do not warm by an average of one or two degrees in the next eight decades due to computer climate models reflecting carbon emission reductions by diminishing fossil fuel use. Even if the USA could BUY a zero-carbon footprint, it’s the billions in China and India that have more than 5,000 coal fired power plants and building 600 more to provide their populations with electricity, that will continue to increase emissions.

Forty years ago, it was global cooling, today its global warming. What will it be tomorrow? The New York Time wrote about global cooling and scientific consensus in 1974-75. Climate alarmists have been producing this false narrative of how the-world-is- going-to-end-nonsense for over 140 years, and are now predicting the end of the world within the next decade or so, due to global warming, while the sun’s activities may be a prelude to another cooling cycle for the world.

While you’re reading all the human controlled social media messages about the upcoming demise of the world due to temperature increases resulting from emissions, the sun which is not influenced by social media or humanity may be formulating a different forecast for the world.