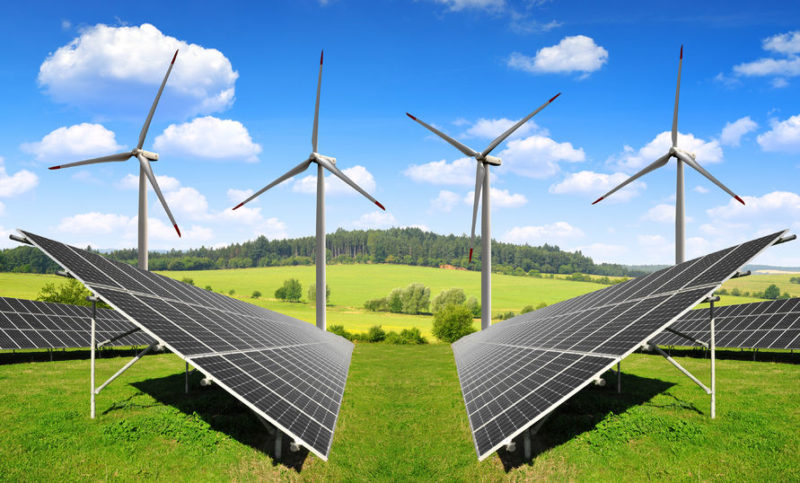 As we all recognize, access to clean and reliable energy is fundamentally important to countless aspects of our lives, our social and economic communities, and our long-term abilities to live in healthy balance with natural ecosystems.

So, this being the case, can we expect a new so-called “clean energy revolution” — primarily referring to wind and solar — to replace the “dirty old” hydrocarbon industries?

For example, like what happened when hydrocarbon-fueled internal combustion horsepower disrupted buggy whip businesses of the early 1900s — and when flip-phone makers lost out at the dawn of Apple’s iPhone?

No current energy technology on the immediate horizon has a game-changing potential anywhere nearly analogous to the truly revolutionary invention of the transistor or internet.

Nor, for that matter, has any so-called “alternative” energy source or invention supplanted a continuing need for hydrocarbons.

The physics boundary for a wind turbine, the Betz Limit, is a maximum capture of 60% of kinetic energy in moving air. Although commercial turbines today exceed 40%, this doesn’t begin to make up for the inherently intermittent and unreliable nature of wind itself.

The physics boundary for silicon photovoltaic (PV) cells, the Shockley-Queisser Limit, is a maximum conversion of 34% of solar photons into electrons. Whereas the best commercial PV technology today currently exceeds 26%, as with wind, the era of multi-fold gains is over.

Also consider that the modern wind turbine (which actually appeared about a half-century years ago) was largely made possible by hydrocarbon-based fiberglass blades.

The first commercially viable solar technology dates back to about the same time.

We can thank an Exxon researcher’s invention of the lithium battery containing materials obtained by hydrocarbon-fueled mining for that.

Incidentally, about $200,000 worth of Tesla-type batteries collectively weighing over 20,000 pounds are needed to store the energy equivalent of one barrel of oil. Meanwhile, that barrel of oil that weighs only 300 pounds can be stored in a $20 tank.

Even a 200% improvement in underlying battery economics and technology development won’t close such a competitive gap with hydrocarbons.

And whereas again, for comparison, $1 million will build either about 55 million kilowatt-hours (kWh) worth of wind turbines over a 30-year period, or about 40 million kWh of utility scale solar panels, that same $1 million will pay for enough shale oil rig natural gas hardware to generate about 300 million kWh of electricity over the same period.

Another truly great advantage of hydrocarbons, is that their energy is always available anywhere in sufficient quantities when needed. In electrical power applications, unlike the best wind power and sunlight systems which produce energy averaged over the year at 25%-30% of the time or less, conventional natural gas plants have very high availability in the 80%-95% range, and often higher.

Not to be ignored, every kWh of intermittent wind and solar output beyond a certain point requires the investment and operating costs of an equal backup supply just to keep the power grid balanced. This imposes more expenses — big ones — for building and maintaining the added grid network infrastructure.

Then, also add the high costs of long transmission lines and power losses associated with transferring that electricity from remote sites to metropolitan areas with highest demands.

Meanwhile, as world energy consumption continues to rapidly increase, wind and solar combined account for only 2% of global demand, and at best 3% of America’s.

Just to replace hydrocarbons used in the U.S. electricity sector alone by 2050 would require an industrial effort greater than that of World War II. That cost would more than double if the 70% of hydrocarbons consumed by America’s non-electric sectors were included.

Such lunacy would, at best, affect a piddling 15% of world energy use.

We can presumably all agree with continuing urgency in providing ample clean energy.

While we’re at it, perhaps we can also agree with a need to come clean with fundamental energy realities.

Larry Bell – CFACT Advisor Larry Bell heads the graduate program in space architecture at the University of Houston. He founded and directs the Sasakawa International Center for Space Architecture. He is also the author of “Climate of Corruption: Politics and Power Behind the Global Warming Hoax.”