All the WA Politicians I’ve Caught Breaking the law…so far. 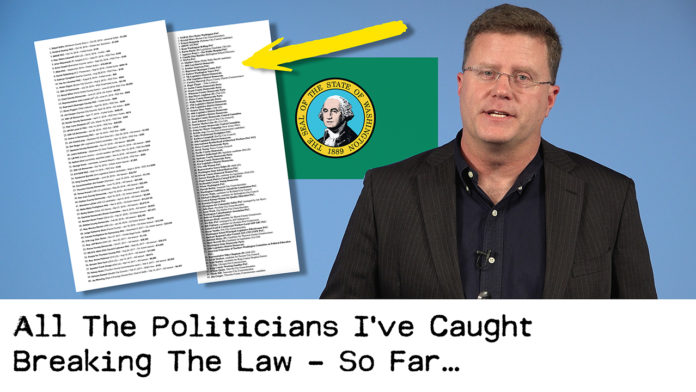 All the WA Politicians I’ve Caught Breaking the law…so far.

It is a useful and productive way to spend your time exposing your local politicians for their lawbreaking.

Support We the Governed – MAKE A DONATION HERE