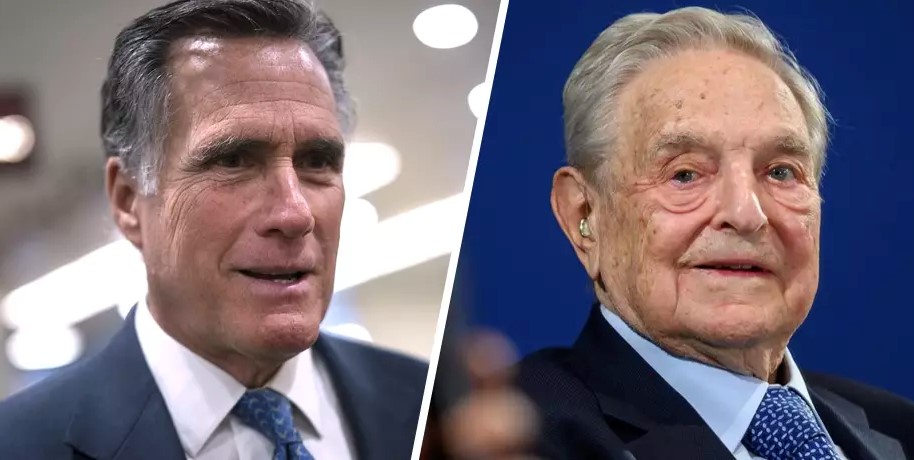 Traitor sold us out. I expect Utah will hand him his ass.

GOP Sen. Mitt Romney stunned just about everyone last week when he was the only Republican to vote to convict President Donald Trump in the Democrat-led impeachment trial.

On the first article of impeachment, “abuse of power,” 52 Republicans voted to acquit the president, but Romney joined all 47 Senate Democrats and voted to convict the president.

NOW, A NEW FINANCIAL REPORT DETAILING WHERE ROMNEY HAS BEEN GETTING HIS SPECIAL-INTEREST DOLLARS MAY REVEAL WHY HE VOTED AGAINST THE PRESIDENT.

More From The Web

According to OpenSecrets.org, Romney has received $17,500 from Soros Fund Management, an operation founded by left-wing billionaire George Soros.

On the list of all-time total donations, Romney makes it into the top 20 list of politicians who have received money from Soros Fund Management.

News that Romney has accepted big money from Soros won’t surprise many given his own allies have been calling him out lately for being “petty.”

A former spokesman for Romney’s unsuccessful 2012 presidential campaign is speaking out to say that the senator’s vote that Trump was guilty of impeachable offenses “was motivated by bitterness and jealousy.”

Rick Gorka, who is currently a communications director for the Republican National Committee (RNC), took to Twitter to say that Romney is just bitter that Trump “accomplished what he [Romney] has failed to do multiple times.”

He went on to slam Romney for pandering to the very Democrats who ensured he did not win the presidency in 2012.

“These are the same people that hated Mitt in 2012 and they will hate him again when they are done with him,” he added. “It is sad to see that Mitt has not learned the lessons from 2012. Now he has betrayed his Party and millions of voters.”

Thankfully, Republicans control the Senate and the president was acquitted of both bogus charges.

Published with Permission of gellerreport.com