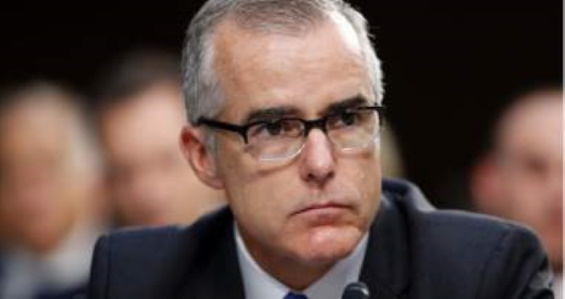 Attorney General Bob Barr is the smartest, stupidest, most courageous, most cowardly, quite conscientious, perhaps corrupt official in government — Barr none. All these interpretations, and maybe more, have been promulgated to explain why we continue seeing what many describe as a “two-tiered” (in)justice system. The latest example, adding to the list of Deep State deceivers escaping prosecution, is the Friday announcement that the Department of Justice has declined to prosecute ex-FBI Deputy Director Andrew McCabe (shown).

For background, McCabe was fired from the FBI by former Attorney General Jeff Sessions in 2018, “when Inspector General Michael Horowitz concluded that McCabe had not only improperly leaked intel to the Wall Street Journal about the Hillary email probe but had also lied to the FBI about his decision,” wrote American Thinker’s Andrea Widburg Friday. “McCabe, who was smart enough to be second in command at one of the U.S.’s most powerful government agencies, later explained that he was confused.”

“Despite Horowitz’s findings and McCabe’s weak excuse, the Department of Justice opted to drop all charges against McCabe,” Widburg continued. “Coincidentally or not, one of the prosecutors who signed off on that decision is the same prosecutor who cut a deal with Imran Awan, a former IT aide to Rep. Debbie Wasserman Schultz [D-Fla.], who may well have been spying on congress.”

What drives home an apparent double standard in justice is that also in the news currently is how Roger Stone, garrulous gadfly and longtime President Trump confidant, may face nine years in prison for what some call “process crimes.”

And conservatives are driving the point home. “There is one form of justice for Democrats — no charges ever — and a harsh form for any Republican, laments American Thinker commentator Patricia McCarthy in a piece on Saturday entitled “Is the DOJ the US Department of Injustice?”

“Roger Stone is mostly a figure of fun, a wannabe player who exaggerated his proximity to actual players,” she continued. “He is guilty of virtually nothing that warrants nine years in prison, but because the prosecutors, all attached to the Mueller team, had to have something to show for the $32M spent on their Russia hoax, they want him sent away to die in jail.”

In contrast, ex-FBI lawyer Lisa Page — who achieved infamy for conspiring with her then-lover, former FBI agent Peter Strzok, to sway the 2016 election against Donald Trump — celebrated McCabe’s avoidance of accountability (tweet below). 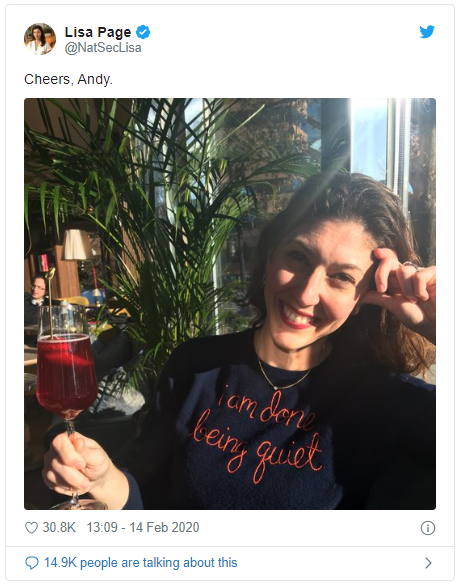 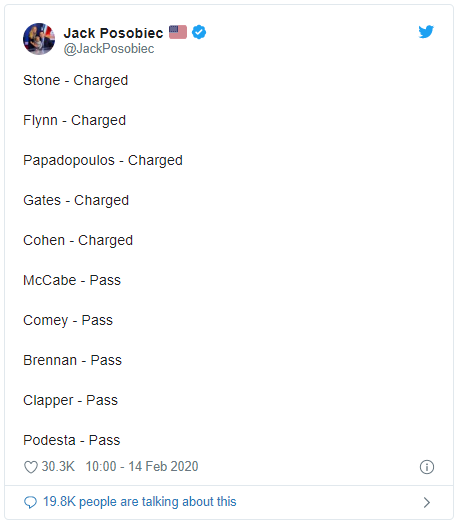 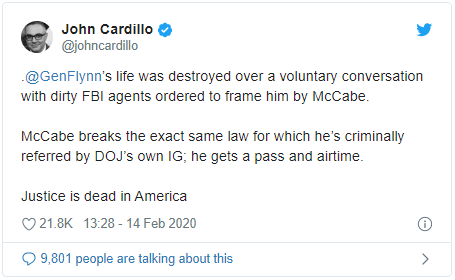 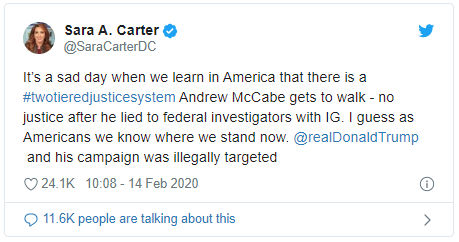 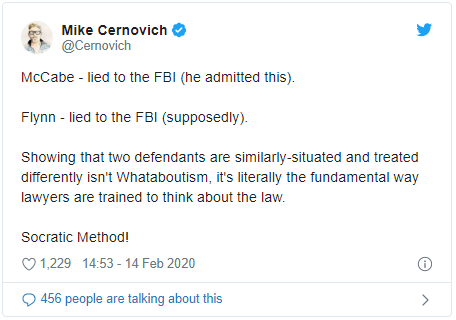 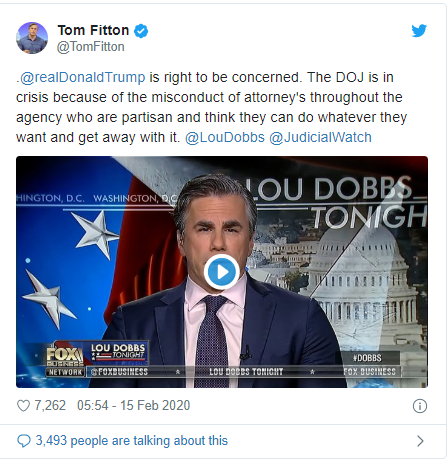 It’s a sad day when we learn in America that there is a #twotieredjusticesystem Andrew McCabe gets to walk – no justice after he lied to federal investigators with IG. I guess as Americans we know where we stand now. @realDonaldTrump and his campaign was illegally targeted

Then there’s Judicial Watch’s Tom Fitton (tweet below), who is likely just stating the obvious in saying that the DOJ is wholly infested with justice-impeding, Deep State-lawyer swamp creatures.

There are more positive interpretations of the current situation, however. As George Papadopoulos, also once a target of Special Counsel Robert Mueller’s crew, tweeted:

The errand boys like McCabe were never the target. Brennan was running this with Clapper. Be patient. Case is being built around them with the lower level grunts like Alexander Downer and others having already been interviewed.

So commentators’ Barr examination results range from considering him a Machiavellian who’s playing the long game to supposing the Deep State has deep-sixed his integrity to the conclusion that he’s a swamp critter himself.

Of course, this is all conjecture at this point. But there’s also an unmentioned factor — a very dark one. Today’s Left is following in the footsteps of the historical Left: the French revolutionaries, the Bolsheviks in the USSR, the Maoists in China, the Khmer Rouge in Cambodia, etc. It doesn’t just want its ideological opponents defeated politically.

It wants them destroyed permanently.

In our case, this means imprisoning them (since summarily executing people isn’t yet acceptable) and thus sending the message that the same fate awaits anyone else opposing their will. Commentator Tucker Carlson warned of this on his Friday show (video below; relevant portion begins at 5:28). 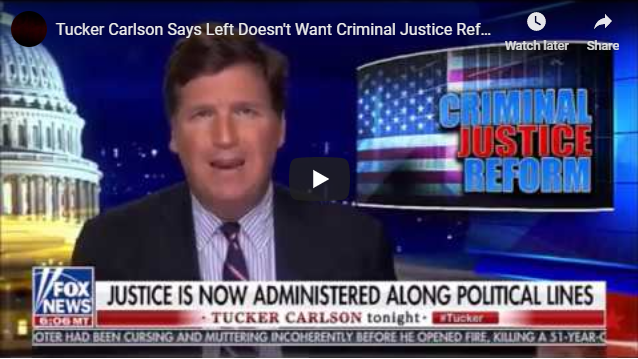 Now, if leftists are willing to railroad a harmless show-boater like presidential associate Roger Stone — and if they’re willing to impeach Trump on trumped up charges — what do you think they’d in the future do to a Trump attorney general who imprisoned their fellow travelers?

Remember that whether in 2020 or sometime beyond, the Left will eventually retake the executive branch and then have the prosecutorial power to take vengeance. Also remember that our Left’s philosophy was summed up nicely by Joseph Stalin’s secret police chief Lavrentiy Beria: “Show me the man and I’ll show you the crime.” So Barr may well understand that seeking justice today could mean he’ll die in prison tomorrow.

It takes some insight to be aware of these implications — and almost otherworldly integrity and fortitude to pull the trigger on the Deep State operators despite them. Is Barr that kind of man, one for all seasons? Time will tell.