Why The Green New Deal Would Destroy The Environment 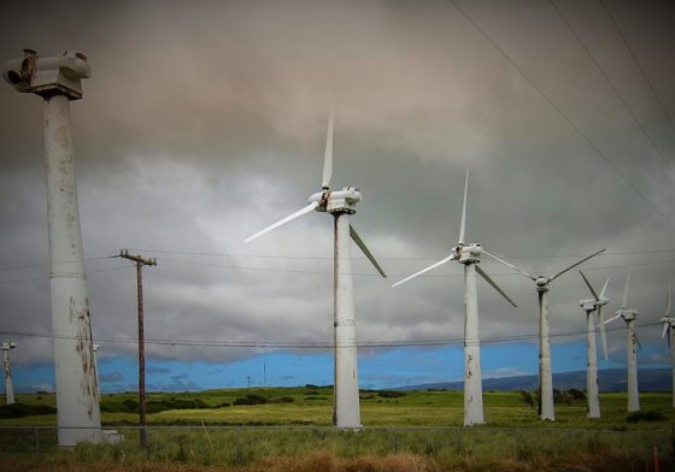 Why The Green New Deal Would Destroy The Environment

The Green New Deal is anything but ‘clean’ or ‘green.’ Even the relatively modest numbers of solar and wind installations in the United States today are causing serious environmental damage.

A few minutes of serious thought from self-described environmentalists would prompt a realization that if the Green New Deal, a program championed by Rep. Alexandria Ocasio-Cortez, were implemented, it would create an environmental disaster.

In recent decades, policymakers have forced public utilities to generate increasingly more electricity from fashionable “renewable energy” sources, especially wind and solar, and pushed automakers to manufacture more electric vehicles. Their chief goal is to eliminate reliable, affordable, generally clean fossil fuels, including natural gas, even though they generate most of America’s electricity and power most U.S. transportation.

Environmentalists claim to worry that carbon dioxide from these fuels will cause devastating global warming. Many would also eliminate nuclear power, which they say is inherently unsafe.

America faces a dilemma. Will it focus on real environmental problems that do measurable harm to human and ecological wellbeing, or will it mandate policies to head off climate disasters that are based on warming predictions have been repeatedly proven wrong by real-world empirical observations? Will it recognize that harnessing intermittent, weather-dependent wind and solar energy requires enormous amounts of raw materials and mining, resulting in massive land-use impacts and human rights abuses, and is anything but clean, green, renewable, and sustainable? Or will it ignore all this?

Before formulating your own opinion, consider just some of the damage the Green New Deal would inflict.

Solar farms generate only 1.5 percent of the nation’s electricity and would be an inefficient way to generate the more than 8 billion megawatt-hours of power that fossil fuels and nuclear provide each year to meet industrial, commercial, residential, and automotive transportation needs and charge backup-power batteries. Using cutting-edge Nellis Air Force Base solar panels to generate that electricity would require completely blanketing 57,000 square miles of land — equivalent to the land area of New York and Vermont — with 19 billion photovoltaic solar panels. Because billions would be placed in less-sunny places, the area required would certainly be higher still. The effects on habitats and wildlife would be incalculable.

Onshore wind turbines are no better. Indiana’s Fowler Ridge Wind Farm covers 68 square miles, an area larger than Washington, D.C. Using similar facilities to replace all our country’s fossil fuel and nuclear power would require more than 2 million turbines on more than 500,000 square miles of farm, wildlife habitat, and scenic lands. That’s equivalent to the combined acreage of Arizona, California, Nevada, Oregon, and one-quarter of Washington state. Consider also that many of the huge number of turbines needed to meet Green New Deal requirements would have to be placed in lower-quality, less-windy sites, which would certainly drive the amount of required land and raw materials even higher.

Environmental groups have long expressed concern that onshore wind turbines kill bats and birds. In fact, the 56,000 turbines we now have could already be slaughtering millions every year, including many protected and endangered species. Remember that these birds and bats eat insects, which, when left alive, can ravage crops and harm humans. The millions of turbines required by the Green New Deal could even threaten the existence of some species.

Renewable energy proponents tout offshore wind turbines as superior to those on land because ocean winds blow more steadily. Yet because of opposition from environmental groups, only one relatively small offshore facility is operating today off Rhode Island’s coastline.

Turbines ruin scenic views, kill countless birds and bats, and harm marine mammals, which is why environmentalists — and even the late leftist icon Sen. Ted Kennedy — have long opposed the planned Vineyard Wind facility off the Massachusetts coast. To provide enough power for the country, Green New Deal advocates would have to build hundreds of thousands of truly gigantic offshore turbines.

Solar panels require many toxic materials, and wind turbines require enormous amounts of steel, concrete, copper, and rare earth elements. Storing a week’s worth of power for periods when the sun is not shining or the wind isn’t blowing would require some 2 billion half-ton Tesla car battery packs. Meeting these needs would require a massive expansion of mining for lithium, cobalt, and other substances in the United States or in Asia, Africa, and South America. Operations in the latter countries involve extensive child labor, create environmental disasters, and even lead to premature death.

What’s more, disposing of obsolescent solar panels, wind turbines, and batteries is already causing problems in the United States and in countries such as Germany. Green New Deal advocates ignore this problem, which would multiply substantially under their plan.

Paul Driessen is senior policy analyst for the Committee for a Constructive Tomorrow and author of numerous books and articles on energy, climate, environmental, and human rights issues.