The 2020 legislative session is in its second month and over 350 bills are moving through the well-oiled machine called state government.   This update will address five major issues and as well as a few other bills being reviewed in committees and to be voted on. It is an election year where every single legislator in the state could be replaced in one day! You would think that legislators would be very careful this year when they vote away your liberties, grow government and ignore your voice.  The citizen part of the equation seems to be missing at the Capitol. Please remember to stay in touch with your legislators and let them know what you think about the legislation they are voting on.  Regularly reminding your legislators of their accountability to the people is always a good thing. 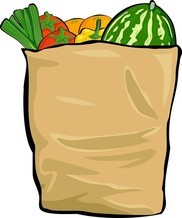 GROCERY TAX REPEAL vs A HIGHER GROCERY TAX CREDIT: It looks like the people may once again lose on the quest to repeal the grocery tax. Lawmakers in the House Revenue and Tax Committee said “NO” to a grocery tax repeal in favor of a higher credit ($35 increase) that some are calling leadership’s bill.  Every Idaho citizen 18 years and older can get the credit unless they are a food stamp recipient, and people who don’t file income tax reforms can obtain it by filling out a special form. While a higher grocery tax credit will be sold to you by some legislators as a “win for citizens”, it is merely a re-distribution of wealth similar to what occurs in socialist countries. Why does government think it is ok to take your money, hold some back to grow its bureaucracies, and then offer a pittance of it back to you disguised as a “credit”? Idaho is fat with tax revenue dollars this year, especially since it started collecting internet sales taxes (Wayfarer Decision) on out-of-state retailers such as Amazon and other large companies. Idaho is sitting on a pot of your tax dollars that is projected to top $70 million by the end of the fiscal year. The grocery tax hurts businesses in our border communities who lose millions in revenue to neighboring states that don’t have a food tax.  There are currently several bills still floating around on both sides of this issue. Grocery tax repeal was voted down by the following republican Revenue and Tax Committee members: Representatives Stevenson (D6), Moyle (D14), Anderst (D12), Gestrin (D8), Addis (D4), Ricks (D34), Kiska (D21), Collins (D13) and Furniss (35).  Here is a link to the video: (LINK) 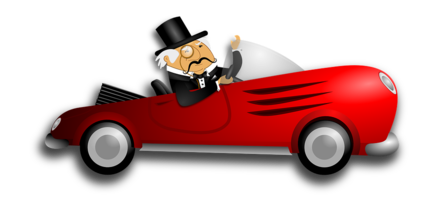 LEGISLATORS VOTE “NO” TO FIXING “OBAMACAR” FOR THE LAW ABIDING CITIZENS. A California-style law for Idaho citizens was passed last year that punishes law abiding citizens by allowing the Department of Motor Vehicles (DMV) to drop their registration and charge them a $75 fine to re-instate it if they don’t continually carry insurance on a vehicle.   This was sold to the legislature as a way to stop uninsured drivers, but it mostly seems to fatten the coffers of insurance companies while punishing anyone who doesn’t want to buy insurance on a vehicle for a variety of legitimate reasons. While it used to be illegal to drive without insurance, now it is illegal to not have insurance, unless you fill out forms and share with government your reason for not having it.  This deplorable bill was carried last year by Rep. Rod Furniss (District 35) who just so happens to work for the insurance industry. I worked with many others, including Senator Woodward, to change this law to focus penalties on those who are driving without insurance and to leave the law-abiding citizens alone. Our efforts failed in committee which was very disappointing and frustrating. It shows me we have a long way to go in Idaho to stop crony capitalism and its damaging influences on legislation. Here is a link to my video with more information on the demise of our legislation. If you have problems with the DMV dropping your registration, please contact those responsible for it starting with Rep. Rod Furniss. He has stated publicly that he doesn’t think this is a problem and refused to support any amendment to last year’s bill. You can also contact the Idaho Department of Transportation, the DMV, and those legislators who refused to hear a bill that would address this major hassle for law abiding citizens.

PROPERTY TAX RELIEF COMING SOON: There are several proposed bills to help address the problem of high property taxes most Idahoan are experiencing.

We need to wait and see what options come out of committee later this month. Hopefully the fix won’t be to set up another interim committee to study this issue over the summer. Most citizens want relief now. One thing is for sure, more spending equals more tax increases to pay for it. Reducing spending, whatever that looks like, is the best and most fair answer to tax relief. 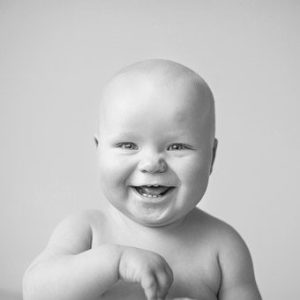 PRO-LIFE, THE DILEMA. It is an election year and the secular Pro-Life lobby movement needs to get a bill passed to show they “are making progress at ending abortion” and to justify the donations they take from donors. After session ends, these same groups will make large campaign donations to those who voted in favor of their legislation, regardless if truly ends abortion or not. They do this to make donors feel like they are supporting a movement to end abortion, but after 40+ years, we are still allowing the murder of the most innocent and making exceptions and excuses as to why. It is public knowledge that I have introduced legislation to end all abortion in Idaho yet cannot get a committee hearing due to the interference these “prolife lobby groups” run against my bill. Instead, they attempt to show they are “doing something” by circulating several phony pro-life bills, which actually codify aborting (murdering) babies in Idaho. Busy legislators will vote “YES” to eagerly get their maximum campaign support from these secular pro-life lobby groups and the cycle of ongoing abortion in Idaho will continue spinning and unborn babies will continue to die. Please know that I WILL NOT SUPPORT ANY BILL THAT CODIFIES FUNDING OR MURDERING CIRCUMSTANCED BABIES and hope those who truly want to end abortion in Idaho will contact their legislators and ask them to do the same. The Abortion Human Rights Act (H361) is the only proposed bill that would end the murder of all babies in Idaho. You can visit Abolish Abortion ID website to sign up for regular updates on this bill.  (LINK TO WEBSITE) 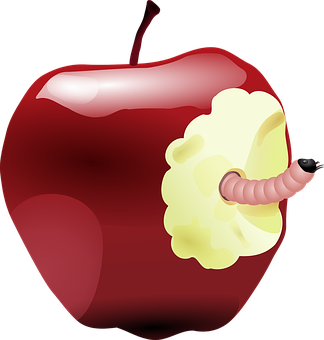 COMMON CORE FIGHT- THE HOUSE vs THE SENATE.   The Idaho House Education Committee voted to end Idaho Common Core Standards (renamed by the State Board of Education as Idaho Core Standards). The Senate voted to keep them. Because rules currently only have to be approved by one body, Core standards may likely remain unless the House comes up with a creative workaround.   The Senate has also proposed establishing another interim committee to look into changing the standards. Florida, who recently repealed Common Core Standards and implemented new standards, might be a better place to start gathering information.   You can read more about how Florida implemented their new standards here.

All House bills printed with a short easy-to-read summary on how it effects citizens  can be viewed here: (CLICK HERE TO GO TO GROWING FREEDOM WEBSITE)

My Bills and Their Status:

The following three bills will be presented to the Judiciary and Rules Committee on Monday, February 17.

402 Child Protection training CPS workers: Clarifies what areas CPS workers should be trained in when it comes to citizen’s constitutional rights.

440– State Discrimination: Disallows discrimination or preferential treatment in public employment, public education, or public contracting. This bill passed committee on a party line vote and will be presented to the House body on Monday, February 17.

347 Bond Elections: Says that if a bond fails, the taxing district must respect the voice of the voter and not re-run the bond for 11 months. (passed House Floor 48-21-1) This bill is waiting in the Senate to receive a committee hearing from State Affairs Committee Chairman Patti Anne Lodge.

361 Abortion Human Rights Act (AHRA): Makes all abortion illegal in Idaho:  Abortion is murder. This bill would completely end abortion in Idaho. Yes, completely.  It is in the Ways and Means Committee and can be called out on the House Floor if the chairman continues to not put it on the agenda.

Obama-Car Fix- Killed in committee. You can listen to the committee hearing HERE. (Click on February 7 Audio.)

Idaho Dept. of Fish and Game tags-Gives a break in price for disabled hunters on SSI and SSDI.  If you are interested in this bill, I will share the details with you and its status privately. You can call me.

Other Bills of Interest:

S1254 Bingo and Raffles: Changes the list of who is eligible to receive bingo and raffle proceeds. Veterans groups would be negatively impacted but amateur sports competitions and animal welfare groups would now benefit by being added.

Freedom of Speech vs Homeowners Association: Provides limitations on restrictions that homeowner associations can put on the display of political signs and certain flags.

H483 First-time Home Buyer Savings Account: Offers a pre-tax savings account to be used for a down payment on a home. It would allow a tax break for up to $15,000 for an individual and $30,000 for a married couple, reducing state revenue by $1.9 million.

Dyed fuels: Expands the power of law enforcement agencies and the Idaho Department of Transportation to inspect commercial vehicles for dyed fuels without a warrant.

H308 Driving while using a handheld device: Makes handheld wireless device usage a state issue and prohibit the cities from enforcing this ordinance.

Concealed carry for non-residents: Cleans up the code to allow non- Idaho residents the same privileges as residents for carrying concealed.

Genital Mutilation, restrictions: Amends existing law to revise provisions regarding genital mutilation of a child and to provide that engaging in practices to change or affirm a child’s perception of the child’s sex is a felony.

Civics requirements: Requires high school students in Idaho to complete a civics test to meet graduation requirements.  They have to prove they have civics-based knowledge by passing some combination of questions from the US Citizenship Naturalization Test, or a similar test set by the school district they are in.

SJR 103 Warrantless Arrests: A Joint Resolution that would amend the Idaho Constitution to allow law enforcement officers to make warrantless arrests for misdemeanors. Officers would be able to make arrests based upon probable cause without any offence having been committed in an officer’s presence.

HJR4 Constitutional Amendment for 35 Legislative Districts:  There are currently 35 legislative districts with about 51,000 people in each. This number can currently range from 30-35 districts, depending on the re-districting committee’s discretion. This leadership bill wants the number of districts to remain firm at 35. Less districts would favor rural communities. If this resolution passes, that will no longer be an option.

Lastly, I was home last weekend for a whirlwind tour of events that included two townhalls (Bonners Ferry and Sandpoint) and the Foundation for Wildlife Management’s annual banquet in Sandpoint. The townhalls were last minute events but the turnout was great. I found the crowds at both meetings to be engaged and educated with excellent questions asked to legislators. I am proud of North Idaho residents who actively engage in our Republic government. Thanks to all who attended. The Foundation for Wildlife Management’s banquet is always a great event and this year was no different. Over 600 attended with everyone’s efforts focused on saving Idaho’s great big game populations and promoting our rich heritage of hunting and trapping. You can view some of my weekend photos on Facebook.