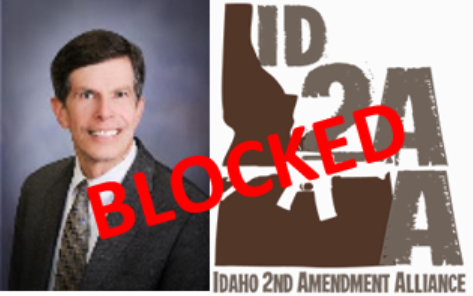 We have urgent news for you and your immediate action is needed.

Political games are afoot with your gun rights in the capitol once again.

For weeks now, Representative Christy Zito has been fighting hard to help get gun owners hearings on a couple of important pro-gun bills.

Not only has Chairman Harris sent Rep. Zito on a wild-goose chase with her gun bills, each time she satisfies one of his requirements, he comes up with a new hoop to jump through.

This is a common political tactic by Chairmen to prevent bills from being heard that they themselves don’t care about, or bills that they want to protect their fellow legislators from having to vote on.

Additionally, any of the Liberty Legislators, like Rep. Zito, are always being attacked and belittled for their efforts by their establishment counterparts.

Rep. Zito is in a tough State Senate race against a hand-picked establishment crony. This is probably part of the reason they don’t want YOUR bills to move forward.

You can’t let them get away with it!

That’s why I am asking you to do one thing right now before the session runs out.

I need you to email Chairman Steve Harris and ask him to begin moving Constitutional Carry Expansion and Firearm Preemption Expansion through the House State Affairs Committee immediately.

With just over a month to go before the legislative session is supposed to end, your immediate help is needed.

Constitutional Carry Expansion already has the support of nearly half the Idaho House of Representatives and a number of State Senators.

Thousands of emails have already poured into the capitol in Boise in support of stronger Firearm Preemption.

Now is the time for Chairman Harris to hold hearings on these bills and get them moving.

Thank you all for your efforts in this fight.

Let’s get these bills done this year!