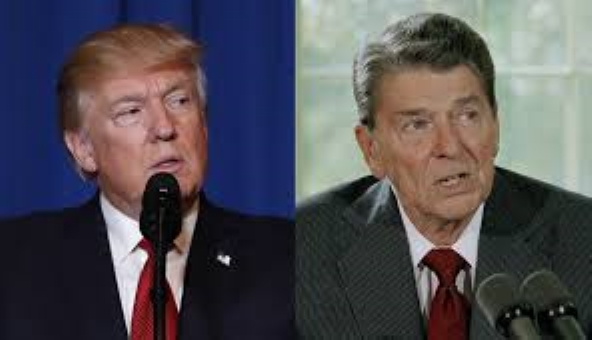 Before I get to President Trump’s brilliant, masterful State of the Union performance, let me take a moment to thank Nancy Pelosi. She gets the Academy Award for “Best Supporting Actress.” She not only sealed the election for Trump, she just lost the House for Democrats.

So, thank you Nancy Pelosi for the single most selfish, ignorant, petty, childish act in U.S. political history. That image of you ripping up the State of the Union speech by the President of the United States will live in infamy. You just showed the whole country who Democrats really are. It’s so clear to everyone now…

Now to the speech. It was Trump’s moment in time. Long ago, before Trump even won the presidency, I called him “the new Ronald Reagan.” Just like Reagan, I knew he’d turn around the country, straighten out the mess left by a Democrat president and make the economy roar. And I knew Trump’s energy and bigger-than-life personality would re-energize my beloved GOP.

Like when that hero soldier appeared to surprise his wife and little children.

Like when Trump awarded a surprise charter school scholarship to a sweet African American girl.

Like when Trump announced he had promoted an African American WWII pilot to Brigadier General.

Like when Trump awarded the nation’s highest civilian honor to conservative icon Rush Limbaugh, pinning his medal on the spot.

Like when Trump introduced us to the families of American heroes killed by terrorists, then made it clear he had given the orders to hunt those terrorists down and kill them.

This was the finest day of Trump’s presidency. Even before the speech, Trump rode into the SOTU with 49% approval at Gallop, his highest number ever. And 63% approval of his economy. That’s 18 points higher than Obama at the same time. A landslide.

Trump is Reagan. He’s aiming for a Reagan/Mondale-like landslide. And all Democrats have is that image of a petulant, bitter, childish Nancy Pelosi.

It’s not even fair. And that makes me smile from ear to ear.