A letter recently obtained by the Idaho Second Amendment Alliance shows that Sandpoint Mayor Shelby Rognstad is trying to recruit other Idaho mayor’s to support his ‘gun-free’ zone agenda.

The letter asks mayors to fill out a survey detailing what venues might benefit from a ‘gun-free’ zone.

Mayor Rognstad makes it clear that the economic interests of his city are more important than the natural right of self-defense.

He uses the typical “I believe in the 2nd Amendment but…” argument to try and justify his efforts.

ISAA President Greg Pruett slammed the letter, saying, “The Mayor should be ashamed of himself for putting money above the rights of his citizens. Mayors in Idaho should tell Mayor Rognstad that the 2nd Amendment means a lot more to them than money.”

At the heart of Mayor Rognstad’s concern is musicians who require concert-goers to be disarmed at their events. 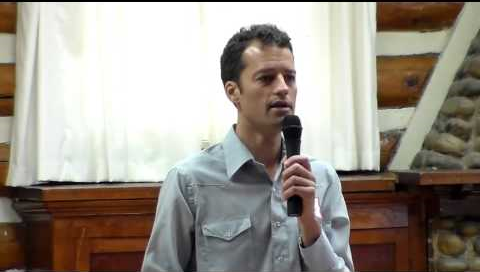 He fears that these artists won’t come to Sandpoint if the city can’t disarm citizens on public property.

Idaho’s current firearm preemption law prohibits cities from enacting ordinances that deal with the possession of firearms on public property.

Mayor Rognstad is proposing that cities and counties have control over events where large groups of people are gathering. Mayor Rognstad’s proposal would be yet another law that criminals would ignore, and he would endanger the lives of Idahoans who wouldn’t be able to defend themselves.

His proposal would likely impact an Idahoan’s ability to carry their firearm at a county fair or other popular events.

Rognstad also claims that we must disarm Idahoans at these events for “public safety.”

Idahoans have a long history of carrying firearms for self-defense. They don’t need or want the government’s permission to do so on public property.

However, Mayor Rognstad believes that he deserves the power to control whether you can defend yourself at a concert or other public venue where criminals love to target.

He is trying to convince other mayors and the legislature to go along with his proposal.

The Idaho Second Amendment Alliance has launched a campaign to stop Mayor Rognstad and his ‘gun-free’ zone proposal.

The ISAA is proposing legislation this year that would strengthen the firearm preemption statute.

It will be interesting to see what side, if any, comes out on top of this fight.

You can see the letter and survey questions sent to the mayors in Idaho below. 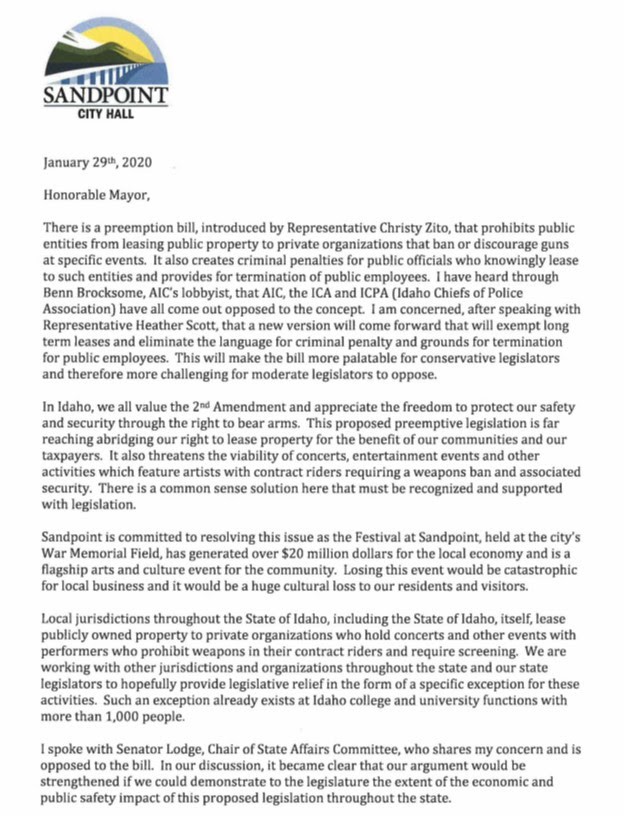 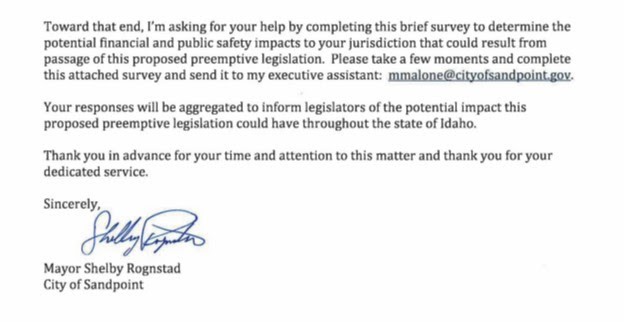 Please answer all questions to the best of your ability.  Please forward responses to: lheiss@sandpointidaho.gov

Send your completed survey to lheiss@sandpointidaho.gov!

What kind of idiot puts his local community in danger! It has been proven time and time again that gun free zones are hot spots for killers to go make a name for themselves! So ask yourself this are you going to put a sign below the gun free zone sign that says enter at your own risk to life! Or you willing to be sued millions of dollars by families that lose a family member to your stupidity. Let’s think this through make a couple thousand dollars for a singer to sing at your local festival or lose millions of dollars of tax payers money because your stupidity!

This Mayor does not need to get involved in this. The organization leasing can say I do not want guns at their event, which is just like some office buildings around St Alphonse that say gun free zone. So the mayor wants to use this as excuse to pass his own gun restriction law .Nope it isn’t going to happen.

It’s not just about being disarmed at the venue. You would also be disarmed traveling to and from the venue unless you want to risk leaving a gun in your car. This mayor is looking for a solution to a problem that does not exist.

Like all gun control legislation that comes about….”I will not comply”..! I disregard most gun free zones and carry concealed regardless. What “they”” don’t see won’t hurt them, and “they” don’t know I’m carrying if it’s concealed properly. I do respect court houses and Federal buildings, mainly because of the metal detectors.

Maybe the Mayor should propose an ordinance requiring all artists performing in Sandpoint/Idaho to be Pro- Second Amendment….