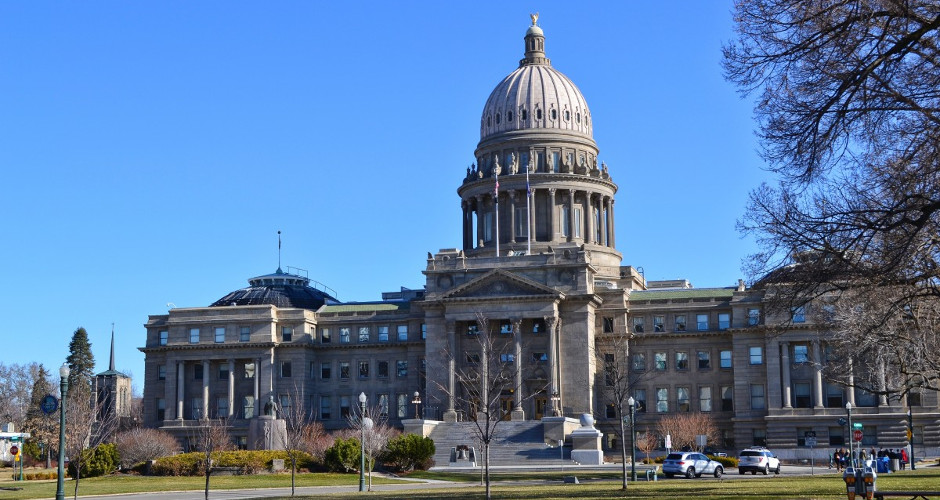 Here is what we see so far in the legislature

We would like to thank Representative Priscilla Giddings for trying to bring up the Grocery Tax repeal in committee but unfortunately, she was shut down by Representative Gary Collins and Thyra Stevenson. It appears that these two supposed conservative republicans have either become part of the crony republican clan or are beginning to lean to the liberal side of the aisle. They literally shut down Representative Giddings who was trying to get a discussion going on the repeal of the grocery tax. These two need to be looked at hard in the next election and maybe they both should be challenged in primaries. We need to thank conservative Rep. Giddings for her heroic efforts to get this bill before committee.

The three bills proposed in the house are interesting and would definitely bring some tax relief to property owners. The big question is are these bills just a stop-gap quick fix that will make everyone look good for an election or is there more beef that will really help those struggling to pay their taxes. House Bill 355, which would freeze property taxes for a year at their current levels and this measure by itself would provide meaningful, relief for many Idaho property owners. This would save a combined $113 million during the one-year freeze should the legislation pass. Thank you Mike Moyle, Jason Monks and Jim Rice for support of this bill. Moyle is moving the ball downfield as we had said floating another bill which would do a lot to rein in spending by putting a 3% cap on local municipalities to raise total property taxes. It would also close many loopholes used to raise taxes even more. While these measures would benefit many with the freeze lasting just one year those on the brink would still be subject to increases of 3% and still have to deal with inflationary pressures on their budgets.

The last tax reform bill 354 presented by Rep Steven Harris of Meridian pretends to take on the problem of forgone taxes where the municipalities forgo taxes in certain years and then tax property owners in later years should they choose to collect some or all of those forgone taxes. This is a problem that could be devastating to many fixed-income homeowners and needs to be addressed and fixed. The problem with this bill is it would only require officials to state their intentions and indicate that one day they plan to recover and use the property taxes they’re leaving on the table. It offers no protection for fixed-income residents and does nothing to solve the problem of forgone taxes. All it does is requires politicians to warn taxpayers they can later change their mind. This bill should be DOA as it does nothing but warn of a possible money grab in the future. If Moyle’s bill passes and a 3% cap is put on tax increases municipalities should not have the option to forgo some taxes and come back later for what they have forgone.

The problem is to protect those vulnerable to large increases by free-spending municipalities and counties who have already incurred a lot of damage in the past couple of years with their outrageous tax increases. Why not protect those on fixed incomes especially the elderly earning no more than two times the poverty level by permanently freezing their taxes where they are. When they sell their homes allow assessors to reevaluate the properties and reassess those properties at current levels. When you consider that approximately 10% of all elderly ages 60 and older are in poverty or soon will be this would go a long way to keeping them in their homes. The lost revenues would not be insurmountable and can be recovered when new owners take the properties over.

The only bill that has not been officially put forward is Senator Rice’s bill to raise the sales tax by 1% and this one should never see the light of day as it is too broad and opens the door to more future sales tax increases and government reallocation of these funds. Instead, residents in the municipalities asking for supplemental school levies should make sure they know when these votes are coming up and just say no to the crazy increases that school districts are asking for. Idaho has a school budget that is more than sufficient to cover all the costs if they would just start being a bit frugal and bring more efficiencies to their budgets. We need to ask for an annual accounting to the taxpayers of how their money is spent. The taxpayers can stop these levies just by voting no at the polls. If they do it enough they will stop asking. Your children are not going to suffer if they don’t have a new TV studio, running track or swimming pool. You want to cut out a major expense cut out common core and it will save you a bundle as it is nothing but a money-making proposition for the publishers and is doing nothing to improve our children’s education. Representative Heather Scott is working on a bill that would restrict Bond Election and Election Cycles: She will present HB 347 on Monday that says if a bond fails at an election, it cannot be put back on the ballot for 11 months. She also working with another legislator to limit school bond and levy elections to two times a year instead of four!