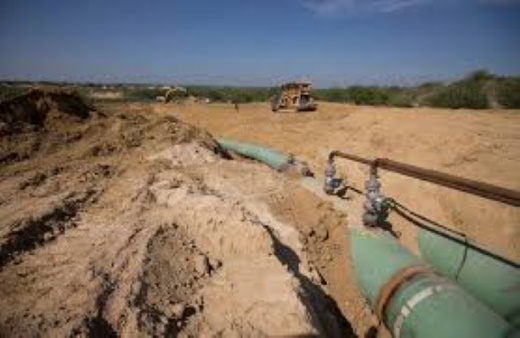 A House Energy and Commerce subcommittee hearing on Capitol Hill Wednesday discussed the possible reorientation of the role the Federal Energy Regulatory Commission (FERC) plays in permitting decisions. If enacted this could change the manner in which energy infrastructure projects are considered and approved on the federal level.

The hearing aimed to review the several decades-old Natural Gas Act to identify areas that can be updated, but points of contention included issues surrounding the use of eminent domain and questions about whether climate change should be taken into account by FERC when processing pipeline permit requests.

Democrats introduced draft legislation last week to require FERC to consider climate impacts on permit decisions under the “public interest” section of the Natural Gas Act. Adding such a provision would open projects to additional legal scrutiny, according to E&E News.

“FERC is a creature of statute and the clearer the statutes are the less room there is for FERC to… misinterpret the statue,” LaFleur said.

But others testifying had a different view of the permitting process and the changes that are needed.

Michael McMahon, Senior Vice President of Boardwalk Pipelines, LP, spoke about the importance of certainty in getting pipelines approved, during a process that takes years.

“The thing that pipelines really need is stability and predictability. If we know what the rules are, we’re going to abide by the rules.  And to get a project built, it takes time. So it takes a year before it ever gets to FERC, and then the FERC process [begins],” McMahon explained. “So if midstream the rules change, here I have projects that are hung up because the rules have changed… I think that the more restrictive you make it, the more concern you have that it’s going to inhibit or slow down the build out of necessary infrastructure.”

McMahon pointed to the fact that certain states, especially in the northeast, are fighting pipeline infrastructure and denying permits while ignoring the benefits natural gas pipelines would deliver. In a high-profile incident back in 2018, liquified natural gas produced by Russia in the Arctic was transported via tanker to Boston Harbor during a cold spell in the region. Pipeline capacity was insufficient to meet heating and energy needs, despite Massachusetts’ proximity to the natural gas-rich Marcellus Shale in Pennsylvania.

“It becomes very frustrating… if you’re getting all the way out and you hit a roadblock because the state is holding up permits or refusing to issue or denying permits, you may be getting to where the gas is actually very much needed, but it’s blocked,” McMahon said.

Other critics of the Democrat’s climate provision say it will give anti-fossil fuel activists another tool to delay or even prevent needed infrastructure from progressing.

“Despite the fact that pipelines are the safest, most efficient form of transportation, and despite the fact that natural gas is helping to reduce CO2 emissions across our economy, it has become increasingly difficult and costly to make it through the FERC siting process,” Upton said.

“Pipeline opponents are challenging projects at virtually every turn, using every tool to delay or block pipeline projects. States are getting more involved too by delaying or withholding Clean Water Act permits. Increasingly, the courts are being asked to adjudicate these cases which could have broad implications for the Natural Gas Act.”

The difference in attitudes expressed during the hearing will make finding potential areas of compromise difficult. In submitted testimony about the need to update the Natural Gas Act, Maya K. van Rossum, who heads up the Delaware Riverkeeper Network, declared her opposition to any new pipelines and said FERC should not be approving any new pipelines.

“In this country we are at a moment when we need to — and from an energy and economic perspective we can — say “no” to new fracked gas fossil fuel projects including pipelines and instead advance the clean energy options that science and technology have proven time and again are available to us. Rather than approving new fossil fuel infrastructure we need to be retiring the ones that exist,” van Rossum said.