Conservatives to RINOs: We got no more use for you guys 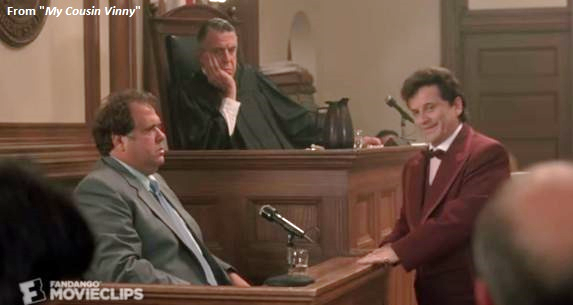 Conservatives to RINOs: We got no more use for you guys

Fans of contemporary movie lore recognize the unique manner in which lawyer Vincent LaGuardia Gambini dismissed his witnesses in the 1992 all-time comedy courtroom classic film, “My Cousin Vinny.” Instead of merely reciting “Nothing further from this witness, your honor” after concluding his several cross-examinations, Brooklyn-schooled Vinny cut to the chase by assessing and announcing his (or her) continued usefulness (or lack thereof).

Many probably recalled Vinny’s words as President Donald Trump’s impeachment trial reaches the end of its second week. Like the proverbial spinning roulette wheel, the intense drama (NOT!) is akin to round-and-round it goes, where it stops, nobody knows — at least as long as certain GOP senators keep open the possibility of calling witnesses to extend the farce. Four GOP RINOs (Susan Collins, Lisa Murkowski, Mitt Romney and Lamar Alexander) have been in the news a lot lately as the witness question has been batted back and forth across the senate chamber like a well-worn tennis ball in the soon-to-conclude Australian Open.

Seriously, what good would more witnesses do? Having John Bolton interrogated by Adam Schiff and the rest of the Democrat House managers wouldn’t change the outcome of the trial — it would only prolong the agony. The public doesn’t give a lick either way. Bolton could testify that he personally heard Trump demand quid pro quos from every foreign aid recipient on earth and it still wouldn’t lift the current controversy into the stratosphere of an impeachable offense. Just because Democrats are working overtime to try and salvage the badly listing candidacy of the heartily corrupt Joe Biden doesn’t decrease the president’s legitimate constitutional powers to conduct foreign policy.

Obama wasn’t impeached when he offered the Russians a legitimate quid pro quo in 2012, nor was there any groundswell of emotion to censure the then-president over the advance. There was an election held later that year — and the American public decided, as they will do this November.

It’s about time someone said it. Then everyone could go home and the news cycle would return to normal election year stuff like dwelling on the Iowa caucuses. Polls are back and forth on the upcoming votes, but it’s looking more and more like socialist Senator Bernie Sanders will do well in the Hawkeye State one way or another. Even if he doesn’t win — and Joe Biden does — Sanders will remain a major factor for the duration of the 2020 Democrat contest.

The perpetual Sanders menace presents an interesting dilemma for the eternally shrill and unhappy #NeverTrump contingent, however. Never means never… or does it? What if Bernie Sanders shocks the world and becomes the Democrat nominee? What then, Republican Trump bashers? They don’t even seem to know what waits around the next corner.

David M. Drucker wrote at The Washington Examiner, “Sanders is surging days before the Iowa caucuses and a couple of weeks before the New Hampshire primary, leaving Republican operatives avowedly opposed to Trump worried and perplexed. Most are convinced swing voters in key battlegrounds would reject Sanders, paving the way for Trump’s reelection. They are also convinced the Vermont senator, 78, is simply too liberal to earn their vote. With a Sanders nomination, Never Trump Republicans are unsure of what comes next…

“If Biden wins the nomination, many Never Trump Republicans are prepared to work on his behalf to attract disaffected voters on the Right just like them, but Never Trump Republicans have limits. Philosophically conservative and not wanting to be perceived as otherwise, they view Sanders’s self-professed ‘democratic socialism’ as equally problematic and might skip 2020 altogether if he leads the Democratic ticket…

“Should Sanders emerge, Never Trump Republicans say they and independent conservatives itching to oust Trump in the fall are likely to sit on their hands or vote for a hopeless third-party candidate in protest.”

Hmmm. To lodge an effective “protest,” one must do or say something that’s clearly evident to the layperson and affects the powers-that-be in such a way as to be politically valuable. In the physical world it’s called leverage. If you ain’t got it, nobody cares what you do. Period. Tens of thousands of Virginia gun owners “protested” the Old Dominion’s Democrat legislature’s move to trample their Second Amendment rights and possibly even confiscate their firearms a couple weeks back and there’s little doubt those inside the big marble buildings heard the calls and understood what was going on all around them (Ralph “Blackface” Northam called a state of emergency, remember?).

Similarly, lawmakers of all stripes and parties recognize every January that the March for Life is intended to “protest” the Supreme Court’s ill-conceived 1973 Roe v. Wade decision. Martin Luther King, Jr. led “protests” in the name of racial equality and ending systematic discrimination in the 60’s. It’s hard to ignore a movement when it draws throngs of people from all walks of life and comes to rest on the steps of the Lincoln Memorial.

But if #NeverTrumpers “protest” by staying home on Election Day this year, who are they harming? Further, who will acknowledge — or feel — their remonstration? Trump’s Republican opposition has already marginalized itself to the point of near complete irrelevance. The Bill Kristols of the Washington swamp squawk and moan and write op-eds and appear on MSNBC…and they’re all great pals with the “Morning Joe” hosts and Rachel Maddow now. Hooray for them — there’s a way to make a living for the dumbest of the political lot in this country!

At least Democrats portend to know what they believe. If you’re a Republican and you’re out campaigning for Joe Biden (if he wins the Democrat nomination), does it mean you weren’t serious when you stumped so earnestly for Mitt Romney in 2012 or RINO John McCain in ‘08? Everyone knows the establishment despised Sarah Palin — and many of those same snobby elitist judgmental jackals are the ones sniping at Trump from formerly friendly confines today.

Besides, if you’re truly in the “never” category (on Trump), why does it make a mouse dropping’s worth of difference if the Democrats settle on Biden, Amy Klobuchar, Pete Buttigieg, Michael Bloomberg or… Bernie Sanders? What about Elizabeth “Pocahontas” Warren — is she acceptable to the Trump naysayers?

Perhaps the dwindling and impotent #NeverTrumpers should change the way they describe themselves, to #AlmostNeverTrump or #WeHateBernieMoreThanTrump. The objections they harbor regarding the current president wouldn’t necessarily fade away if Democrats settle on Sanders. Or a vote for a third party candidate is still equivalent to penciling in your own name as a write-in alternative. It simply means you’re conceding your right to participate in the electoral process. Not voting is hardly a “protest.” Let me be the first to say, please, #NeverTrumpers, “protest” by staying home. Everyone wins!

If it wasn’t obvious during the lead-up to and in the impeachment trial itself, Americans are stuck with the two-party system. If anything, Bernie is the exception to the rule because he’s technically not even a Democrat, a fact many, including Hillary Clinton, have referenced time and time again. If “Chucky” Schumer and his merry band of liberal hypocrite Democrats truly objected to Sanders and his quirky anti-establishment beliefs, why don’t they kick him out of their caucus?

One striking thing about the #NeverTrumpers is they don’t have anyone leading them, which makes their “movement” — if you can still call it that — based on nothing other than opposition to one man. It used to be there were a few Republicans (such as the late John McCain, Senator Ben Sasse and former Senators Jeff Flake and Bob Corker) who served as figureheads for the perpetually disgruntled “never” folks. Then there was former Speaker Paul Ryan, whose loyalties ebbed and flowed like the blowing waves of grain on a Wisconsin prairie.

Like all #NeverTrumpers, Ryan was more concerned with what was being said on network and liberal cable news channels and in the Washington Post than the substance of Trump’s complaints. With friends like these, who needs enemies?

But where’s the leadership today? Even stodgy “turtle” Mitch McConnell and the Republican establishment House heads don’t openly oppose Trump any longer. It’s been a long time since anyone of prominence came right out and criticized Trump for statements or other perceived missteps. The Democrats’ misguided witch hunt has done wonders for the Republican Party. Finally, there’s something practically everyone agrees on — that Adam Schiff, Jerrold Nadler and Nancy Pelosi are way out of bounds in pursuing the impeachment farce.

(It should be noted, the wayward Justin Amash is still in Congress, but hardly anyone talks about him any longer. And the Democrats will toss him aside — “I got no more use for this guy”-style — once the impeachment fiasco concludes.)

No matter. By all appearances #NeverTrumpers will be spending another four years in the irrelevant wilderness, feeling neither satisfied nor appreciated. Democrats don’t trust them, Trump backers can’t stand them and sooner or later, they’ll fade away. Or, if they end up choosing Biden, it might be even worse for them.  Emily Larsen reported at The Washington Examiner, “Joe Biden said that his vice president needs to be capable of being president because he is so old.

“’I can think of at least eight women, at least four or five people of color, that I think are totally qualified to be vice president of the United States,’ the former vice president, 77, said at a campaign event in Clinton, Iowa on Tuesday.

“’But for me, it has to be demonstrated that whoever I pick is two things: One, is capable of [being] president because I’m an old guy,’ Biden said as some in the crowd laughed. ‘No, I’m serious. Look, I thank God I’m in great health. I work out. No, I’m serious. You know, I work out every morning. I’m in good shape — knock on wood, as my mother would say.’”

Biden’s head is probably made of wood, so he can knock it all he wants.

So, let’s get this straight. By the looks of it, #NeverTrumpers are okay with Biden, but how does it work with his choice of running mate? Would they be equally enthused if Grampa Joe chose “Pocahontas” Warren or Kamala Harris to run with him, or gulp, Georgia gubernatorial loser Stacey Abrams? Joe’s moment of candor was prescient; as the would-be oldest president in U.S. history, whomever he selects to join him is truly one heartbeat away.

The same goes for Bernie and Mike Bloomberg. If the latter is an acceptable #NeverTrump alternative, doesn’t it matter what he claims to believe (gun grabber?)… and is as old as he is?

The more time passes the clearer it becomes that #NeverTrumpers don’t have a leg to stand on — or, as Vincent LaGuardia Gambini might say, “I got no more use for this guy”. Next week begins the process of selecting a Democrat opponent for Trump. Can he or she count on help from the Republican resistance?