To my dear Anti Fed Ed Warriors and ardent followers, these past articles in my series “Crushing Blow” have been very difficult for me to write. I’ve grieved, cussed, fussed, and, purposed to tell the truth no matter what. The USMCA shouldn’t be happening, but it is. 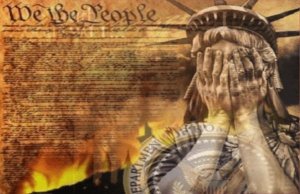 In 2018, as a ‘side event’ of the G20 (Group of 20), the US, Mexico, and Canada DID sign the USMCA (US-Mexico-Canada Trade Agreement). The current USMCA is an updated version. The current one is the one I gave you the links to in Part One.

Since all 3 nations have previously signed the Agreement, the next step was to get the legislative bodies to set the gears in motion for implementation.

In the US, HR 5430 was the legislative implementation move needed and will become law, once signed. (presented to President Trump on 1/22/2020)
Here’s an interesting note, though, the 2018 article I’ve embedded for you had a headline that the US Congress would be divided. If you look at the voting history for HR 5430, you’ll see there was division, just not enough division to protect the American citizens. 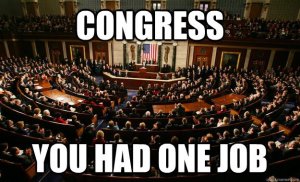 Once again, I wonder, as maybe you do, did any of the Congress members READ the Agreement? Did they not see the trampling of the U.S. Constitution? Did they not notice the overreaches of several UN (United Nations) declarations, treaties, agreements, compacts, or other actions? Do they not care that the education aspect of USMCA will create a modern caste system, ditch academics and replace it with SKILL BASED EDUCATION ONLY?

Warriors, these items are exactly what I’ve pointed out to you in each of the previous articles in this series.

We MUST act within our citizens’ rights to nullify the USMCA.

So, what CAN We the People do?

According to the U.S. Constitutional expert lawyer, KrisAnne Hall, her response to me, when I asked her this point blank question is below. 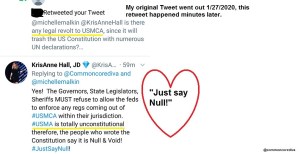 Over on the FFF (Future of Freedom Foundation) blog, where another U.S. Constitutional lawyer (Scott McPherson) writes, shared how we should protect our freedoms with everything we have. According to his research, the 2nd Amendment is the key to stopping the US government when it no longer serves the U.S. citizens.

Here’s an excerpt from his 2005 article, “..to make sure that government would always remain in the hands of the people, the citizen militia — the right of the people to keep and bear arms — was made sacrosanct.

The right to keep and bear arms is the least understood of all rights mentioned in the Constitution. Few politicians today have any idea of the true meaning and intent of this provision and are more likely to deride this right either as an archaic and unnecessary remnant of an embarrassing past or, at best, as merely some benign assurance that “the people” will be able to go duck hunting. Neither is true.

In early January 2020, Mr. McPherson wrote this most excellent article about nullification and We the People.
His citizen action list contains much of what I’ve stated in the past when it comes to fighting back against the CCSS Machine. Start locally in nullifying. Stay in like-minded groups. Look at KrisAnne’s quote. Our governors, state legislators, and, sheriffs should ALL nullify USMCA.

Here’s my researched opinion: We, as Warriors vs the Core, must be prepared, however, for ‘when and if’ our local officials support the USMCA. 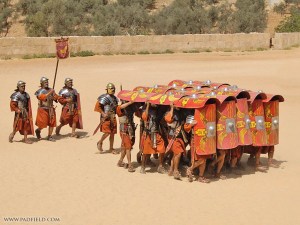 Warriors, the USMCA absolutely DOES NOT serve We the People well whatsoever! As I’ve pointed out repeatedly in this 4 part series, the USMCA is 100% unconstitutional! KrisAnne Hall has verified that.

The USMCA will NOT protect our 2nd Amendent rights whatsoever, either!

The USMCA does state that our government can use or appoint anyone to enforce their laws, regulations, and related activities to adhere to the Agreement. Does this mean our American government or the yet to be formed Commissions over every aspect of our lives? We need to be prepared!

We should ask ourselves this in preparing for what is yet to come. Do I have a legal right to overthrow my government? Do I have a moral right to do so?

When I searched for that question, I found a professor from the CA Institute of Technology give this answer.
In short, yes, we have a moral right, however, the legal right should be used carefully. No government will allow itself to be attacked, either from its people or other nations. Be sure to read the other comments, if you like.

There’s a US federal law (1948) against any effort to overthrow government.The law appears to state that even if we talk about it, we can be imprisoned. However, we, under the Constitution DO have a right to speak. Our Declaration of Independence isn’t legally binding, but did give us the ground to stand on when criticizing or getting rid of bad government.

So, our question, as Warriors, what is our duty? Our duty should be to do whatever it takes to protect our families. Our duty should include doing whatever’s needed to protect our freedoms. Our duty includes not kowtowing to unjust or illegally based legislation, laws, agreements, etc. Our duty should also factor in the reality that many in charge are clueless as to what the USMCA means. Maybe all they’ve heard is what they’ve been told by mainstream media.
It’s our duty to inform them, too.

Former President Kennedy did state that it’s not what your country can do for you, it’s what you can do for it. So, Warriors, we’ve got plenty to do in nullifying the USMCA and informing those we know, who still are in the dark. I urge you to take this 4 part series and share it.

Part One, gave you an overall picture of the massive loss of freedoms we face under USMCA.
Part Two, gave you the up close look at the increases in data tracking and alignment of skill based labor in education to further embed and force America into the UN’s SDGs (Sustainable Development Goals).
Part Three, tied several global groups to the USMCA. It also proved that the ‘all education must be aligned to the same standards’ (ESSA, Every Student Succeeds Act, 2015) is written into the USMCA and supporting documents.

In all 4 of these articles, you have access to so many documents to help you arm yourself and others. Please, USE THEM. The global workforce web is all but woven around us, we still have enough fight left in us to pull the web back.

No one person is an army. Let’s work together.

As I close out this series, know that I’m working on gathering local information to share in the State I live in. This is a key action step you can use, too.
What information? The economic losses we’ll face when the USMCA’s UN related mandates kick in. For example, in NC, we have huge economic gains from the agriculture, forestry, and fishing industries.

Under the USMCA’s parameters, many of those jobs tied to the industries will be wiped out to comply with the SDGs. I’ll break it down by each of these industries and show which parts of our State will be hit the worst in each one. If you’d like to know how or where you can find this type of information in your State, let me know.

Bio: Common Core/National Standards in education warrior since 2009.  Recognized educational researcher, writer, and speaker.  Bringing truth with a smile & a jar of applesauce.