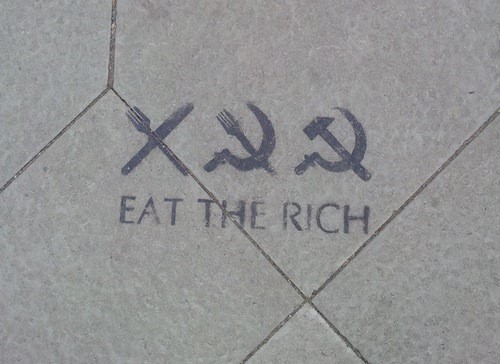 A presidential season is a time of policies, proposals, and promises. All will guarantee they will increase national wealth and well-being, but history and rational analysis show that some reforms will hurt the very voters who support them.

The wealth tax is one such policy, according to the nonpartisan Tax Foundation. The organization released its analysis of Senator Elizabeth Warren’s “Ultra-Millionaires Tax” and Sen. Bernie Sanders’ proposal – and the results are distinctly dispiriting.

A wealth tax would shrink GDP, reduce the tax base, cost as many jobs as China’s entry into global trade, and destroy between $8.1 and $11.5 trillion of U.S. wealth.

Warren’s plan calls for a tax on wealth – not income – of two percent on fortunes of $50 million, or six percent on billionaires. Sanders would institute a progressive wealth tax rate, fluctuating from one percent to eight percent.

“We estimate that in the long run, wealth in the United States would be permanently reduced 7.19 percent under Warren’s plan and 10.21 percent in Sanders’,” the report states. “Applied to current wealth, those declines would be equal to $8.1 trillion and $11.5 trillion, respectively.”

That is an overall reduction of wealth: Between $8 and $11.5 trillion will simply disappear from the U.S. economy, wiped out by the perverse impacts of wealth redistribution. The nation as a whole will be impoverished by this amount.

“The Tax Foundation estimates that Warren’s wealth tax would reduce long-run GDP by 0.37 percent, while Sanders’ would decrease it by 0.43 percent,” it adds. “The negative GDP growth would shrink the federal tax bases,” reducing the amount of money collected by income and payroll taxes by $142 billion under Warren’s plan, or $194 billion under Sanders’.

Aside from the enormity of its wealth destruction, a U.S. wealth tax would transform the composition of the economy, leading to radical dislocations. The Tax Foundation warns of “enormous effects” that “could impair the short-term functioning of the economy.” These include “a sharp collapse in U.S. stock and bond prices coupled with a rise in the dollar of equal speed and magnitude.”

As U.S. investors stop investing – they would have to realize gains of up to eight percent of their total net worth annually just to stand still – foreign investors will step into the gap. In an open economy with a wealth tax, billionaires will not cease to exist; “international investors will simply replace home-grown billionaires as owners of capital.”

This influx of capital will strengthen the U.S. dollar, decreasing exports and causing the trade deficit “to more than double” in 10 years. While a trade deficit is not inherently harmful, Warren and Sanders (and President Donald Trump) have vowed to reduce this measure – setting their policies at odds with themselves.

The Tax Foundation notes that such a rise in foreign investment would mimic the “China-Shock,” the 10-year period from 1999 to 2008 “associated with massive dislocations in manufacturing that left many small towns and rural areas struggling to cope.”

“The rapid readjustment caused by the wealth tax could mimic these effects,” the report states.

A wealth tax casts a shadow over the U.S. economy significantly larger than the mansions and private helipads its proponents target. Unforeseen impacts of envy-driven policies to “soak the rich” will leave poor and middle-class Americans poorer, more likely to be unemployed, and with fewer personal or social assets at their disposal.

“The wealth tax on a small number of wealthy individuals has impacts on the entire economy,” the report notes.

This analysis reminds us that, despite identity politics’ attempt to divide us by socioeconomic categories, we share a common humanity. As Martin Luther King Jr. said aptly, “We are caught in an inescapable network of mutuality, tied in a single garment of destiny. Whatever affects one directly, affects all indirectly.”

Class envy, like bigotry, inevitably backfires on its practitioners.