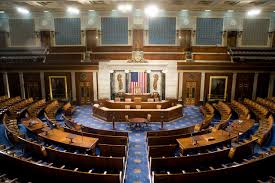 The most frustrating thing about the latest Democratic thespian production in Washington is not Pencil Neck’s nonstop lies, Dunkin’ Doughnuts mascot Jerry Nadler’s accusations of a cover-up-in-the-making by Republican senators, or the vile histrionics of Hakeem Jeffries.  The most frustrating thing not only about the current fake impeachment trial, but all other fake crises created by the Dirty Dems, is watching jellyfish Republicans getting pulled off course time and time again by irrelevant “bombshells.”

In the case of the Trump impeachment hoax, the real issue, the underlying issue, and the only issue that really matters is the fact that whether or not President Trump “tied aid” to Ukraine’s promise to investigate Joe and Hunter Biden is irrelevant.  By arguing that Trump never told President Zelensky that he was going to withhold money targeted for Ukraine unless Zelensky agreed to investigate the Bidens, Republicans have lent validity to the absurd notion that it’s illegal for a U.S. president to try to root out corruption in a foreign country before giving it foreign aid.  In a court of law it’s known as an implied consent.

But what if Trump actually did offer a quid pro quo to Zelensky to “damage a political opponent,” as the Democrats claim?  Isn’t that a crime?  I’m not sure how the courts would rule on it, but, once again, it doesn’t matter, because it’s a subjective accusation that requires mind-reading powers and thus not even close to an impeachable offense.

What was Barack Obama alluding to when he told then Russian President Medvedev, “After my election I have more flexibility?”  However obvious his intentions might have been to most people, no one could prove them.  So, as is always the case with Democrats, it was simply swept under the rug.

Perhaps Ann Coulter sidestepped all the irrelevant impeachment nonsense best when she said that “quid pro quo” is just another term for “foreign policy.”  Why should a president who is entrusted with hard-earned taxpayer dollars allow foreign aid to be paid to a country if he has reason to believe the money will be used to line the pockets of powerful, corrupt politicians and businessmen in that country?  On the contrary, it is the president’s constitutional duty to demand an investigation if he (in his sole judgment) has reason to believe there is corruption going on.

Mick Mulvaney also was on point when he said that what Trump purportedly did “happens all the time.”  You bet is does, and no serious person doubts it.  Barack Obama, George Bush, Bill Clinton, and every other president has used quid pro quos when dealing with other countries, but Democrats have never had a problem with it before.

Now along comes a disgruntled ex-Trump employee, John Bolton, to drop yet another bombshell (yawn).  How convenient to have your manuscript leaked right in the middle of the defense team’s rebuttal.  It’s the Russia-collusion hoax, the Kavanaugh hearings, and the Michael Cohen bird-singing all over again.  The substance of the Democrats’ scripts are all pretty much the same; only the characters change.

Since it’s safe to assume that the most damaging material in John Bolton’s book was contained in the leak to The New York Times, it’s also safe to assume that his book is mostly about policy differences and evidence-free accusations.  Actually, from what we’ve heard thus far, it appears that the book contains accusations that have already been disproved by the facts.

That Joe Biden is “running for president” is, of course, also irrelevant.  What is relevant is that just because someone is running for president, he isn’t protected from being investigated for suspected crimes.  If that were not the case, any time a politician was accused of criminal wrongdoing, all he would need to do is announce he’s a candidate for president.  If it’s that easy, maybe MSNBC/CNN super-hero Michael Avenatti should reconsider his original threat to run for the Democratic nomination.

Because it’s been allowed to get this far, Republicans are now faced with the uncomfortable question, “If Trump is innocent, why not allow John Bolton and other witnesses (selected by the Democrats) to testify?  What is Trump afraid of?”

Which sounds like a very reasonable question to someone who does not understand the intimidation tactics of the Democrats.  The Dirty Dems know full well that Bolton’s accusations will have no effect on the outcome of the trial.  Their real objective is to create more “bombshells” and open the floodgates for a never-ending stream of new witnesses that can drag the faux trial out indefinitely.

Remember how the Democrats kept insisting on one more FBI investigation in the Kavanaugh debacle?  They kept asking what Republicans were afraid of if Kavanaugh had nothing to hide.  The objective was to keep the fishing expedition alive in the hopes of finding more and more dirt with which they could further besmirch Kavanaugh.

Thus, the answer to the question, “Why not get as much information as possible?” that malevolent Mitt and the other Republican fence-sitters solemnly ask is, “Bolton would not be the end.”  On the contrary, he would be the beginning.  After Bolton was embarrassed into oblivion, it would be one more bombshell witness after another if Mitt and his “gravely concerned” colleagues got their way.

The truth is that this BS impeachment trial has centered around irrelevancies that should never have been dignified in the first place.  The good thing about it is that it showcased the Democrats’ penchant for trafficking in fraud, scams, hoaxes, and lies.  And why shouldn’t they?  After all, there will always be narcissistic, vindictive characters like John McCain, Mitt Romney, and Jeff Flake to take the bait in an effort to curry favor with Democrats.

If Democrats are the true enemy of the people — and I believe they are — then so, too, are the Republicans who enable them.  Contrary to what that wacko Bernie Sanders staff member said, perhaps it is these cowardly, unprincipled Republicans who need to be put in reeducation camps.  And the first thing they should be taught is that irrelevancies need not be dignified.