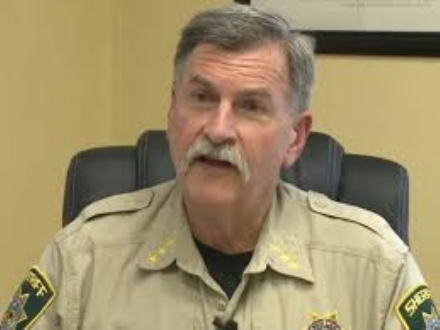 AFTER DECADES OF THE FESTIVAL AT SANDPOINT BEING SUCCESSFULLY HELD AT WAR MEMORIAL FIELD, A GUN BAN WAS IMPLEMENTED IN 2018.

Bonner County and Bonner County Sheriff Daryl Wheeler today filed an amended complaint in the pending declaratory judgment action asking the court to rule upon the legality of the gun ban at the Festival at Sandpoint held at War Memorial Field Park, a public park in Sandpoint, Idaho. The City disputes the applicability and constitutionality of an Idaho state statute that expressly prohibits municipalities from banning guns on public property. It is the County’s position that Idaho law has reserved any ban on guns to the state legislature, which prevents the City or the County from influencing the law in this area.

After decades of the Festival at Sandpoint being successfully held at War Memorial Field, a gun ban was implemented in 2018. The gun ban was challenged last summer by two Bonner County residents who were turned away from the Festival by Sandpoint police and the Sandpoint Acting City Attorney. A video of the incident has received substantial views on social media, particularly among gun rights groups.

Sheriff Wheeler, through media reports, information on-line, and direct reports from citizens, has been apprised that citizens and members of the Second Amendment Alliance intend to assert their right to occupy public park property while lawfully bearing arms at War Memorial Field during the Festival and protest the perceived unlawful ban of weapons on public property.

Public safety concerns require a coordinated law enforcement response to any such demonstration, but as it stands, Bonner County and the City of Sandpoint disagree on the rule of law that would control the situation. The City and County are therefore unable to coordinate an effective law enforcement response and seek the appropriate resolution of this dispute by the judiciary and avoid the escalating protest.

The amended complaint asks the court to declare whether the gun ban violates Idaho law, so that the City, the County, Sheriff Wheeler, and the Sandpoint Police Department can effectively coordinate to ensure public safety at the 2020 Festival. In addition to the public safety concern, the County, the City, Sheriff Wheeler, and the Sandpoint Police Department could be exposed to civil rights lawsuits for taking law enforcement action based upon the City’s plan to trespass individuals who are lawfully carrying weapons on public property.

Sheriff Wheeler stated “My primary concern in bringing this declaratory judgment action is to ensure that everyone involved in the Festival is acting in accordance with the law, so that everyone attending can be confident in their safety. This matter is more appropriately resolved in the court system and not on the streets.

The dispute on the law creates terrible uncertainty for my deputies as well as our fellow law enforcement officials in Sandpoint. If law enforcement is not acting under the same interpretation of the law, it is just impossible for us to work together to enforce it. This conflict creates a public safety problem for everyone. I am very hopeful that this matter can be resolved so that the 2020 Festival can go forward safely and successfully as it did for decades before the 2018 ban.”