How the Electoral College is supposed to work 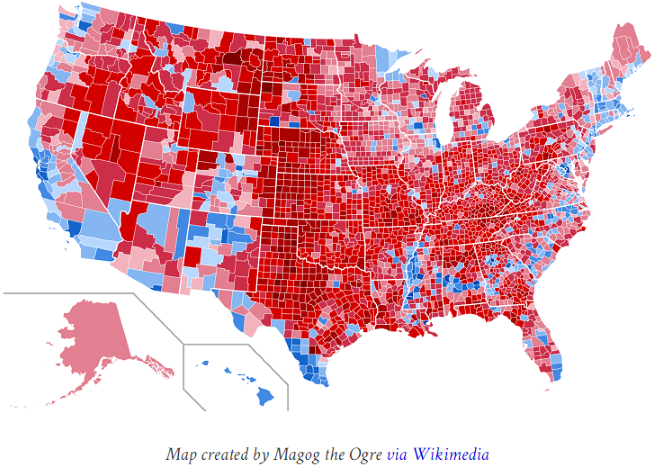 How the Electoral College is supposed to work

The Supreme Court has taken up a case from Washington state on “faithless electors,” that is, electors who pledge to vote for somebody then vote for somebody else. Many states have laws against doing that, and prescribe fines for going rogue. The case is about whether states are permitted to do that.

In order to answer that constitutional question, we first must understand how the Electoral College is supposed to work in the first place. Most Americans don’t have clue one.

The electoral process designed by the Founders reflects the fundamental character of America’s republican form of government, in which the vast majority of decisions are not made directly by the people but rather by the people we have chosen to make these decisions for us. America is a republic, not a democracy.

Donald Trump is president because he won the Electoral College by trouncing Hillary Clinton 304-227. At the same time, Trump lost the popular vote by 2.8 million votes – Hillary received almost 65.8 million votes to Trump’s 63.0 million. This, of course, has led to screeching from the left that Hillary was robbed and that any system which would deprive the winner of the popular vote of an election victory must be a fundamentally unfair system.

But here’s something that many Americans do not understand because of the abject failure of our educational system and what we used to quaintly call “social studies.” What students should be taught is the Founders set up our system for choosing a president by putting the responsibility to pick a president in the hands of the states, not individual voters.

Many state ballots still reflect this, as somewhere on the ballot you will see the names of the electors for whom you are actually voting. Again, we must remember that we are not voting for a president in November, we are voting for the people (electors) who will pick a president in our place.

The Founders deliberately set up a system in which states, not voters at large, choose the president. The Founders knew if every election was decided simply by the popular vote, the larger states such as California and New York would determine the outcome of every election until the end of time. Smaller states would get hosed. They considered that to be fundamentally unfair, and they were right.

As a case in point, Hillary defeated Trump by 4 million votes in California alone, which means her entire popular vote victory in 2016 was due to voters in just one state.

The original design of our government – before enactment of the 17th Amendment – was that the only office filled by a direct vote of the people was for representatives who would fill the House. Senators were to be chosen by state legislatures, presidents by electors, Supreme Court justices by the president with the advice and consent of the Senate.

So to repeat, on the first Tuesday in November, voters do NOT pick a president. Rather, they choose the people who will pick a president for them. We call them “electors” because, well, they are the ones who actually elect the president. There are a total of 538 electors, 538 people who cast the only votes that actually count in choosing a president.

We have so cobbed up the electoral process that most states don’t even list the names of the electors – the people we are actually voting for – on the ballot. Some states may list their names in little tiny print under the name of the president they have promised to vote for, but nobody pays those names any attention. In reality, the only names on the ballot should be those of the electors. The names of self-declared presidential candidates shouldn’t be anywhere in sight.

Once electors are chosen, then the real campaign would begin. Electors would have a month – before the Electoral College meets in December – to make their final decision about who they believe should be president.

Some people think it’s not fair that Hillary could be declared the loser even though she got more votes than the winner. But this is the wrong formulation. The truth is that Trump got a majority of the votes that actually counted.

The votes of Hillary’s supporters on November 8 did not count for Hillary; they only counted for the office of elector. The 538 electors chosen by the people then met in December and cast the only votes for president that actually counted.

Electors almost always vote for the candidate who got the most votes in their state, on the grounds that they are there to represent the citizens of their states. But constitutionally, they don’t have to vote that way. They can vote for whomever they want, because they have the freedom to vote their conscience just as we all do.

In reality, if we followed the model the Founders gave us in the Constitution, we would not have one big election campaign for president. We would instead have 538 different campaigns for the office of elector. Those who wanted to serve as electors would make their case as to why they have the character, integrity, and political values to be trusted with the enormous responsibility of choosing the next president of the United States.

Since each state gets one electoral vote for each of their representatives, plus two more for their senators, the best way to do it would be to have each congressional district vote for the elector they want to represent them. When the Electoral College votes, the presidential candidate who gets the most votes in each state would be awarded its two additional electoral votes.

The electors are required by the Constitution to meet in December after the election and cast their votes for president. This means that, according to the Founders’ vision, we would not know who our president is until the electors have cast their votes. There would be no premature celebrating on the first Tuesday in November, as we do now. The celebrations would be deferred until the Electoral College votes in December.

Back in the day, I played a lot of golf with one of my mentors. I was keeping score once, and asked him what he’d made on the hole we’d just finished. When he told me it was a five, I said, “Ray, are you sure it wasn’t a six?” At which point he looked at me and said, “Bryan, your problem is that you don’t know which strokes to count.” Well, the same is true with presidential elections. If we don’t remember which votes actually count, we’ll just wind up confused and angry.

If the Founders had not had the foresight to empower states rather than the public to pick a president, we would have just finished our third year with a president who would have spent her time in office covering up her own scandals, pushing abortion on demand up until the moment of birth, expanding the radical and sexually deviant agenda of regressives, increasing regulations that would continue to gum up our economy, and projecting American weakness rather than strength around the world.

Perhaps somewhere in our election reflections, we might want to take a moment to thank the Founders for their political wisdom. I certainly will.