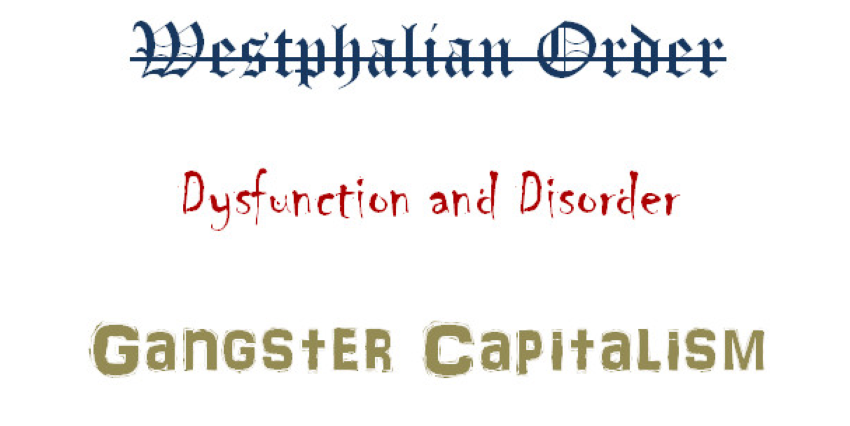 The other day during a Facebook discussion among several people, the issues of communism and crony capitalism were mentioned.  One woman who claimed to have a degree in Political Science responded with the standard definition that has been burned into the brains of Americans:  communism is an economic system in which the government owns and controls the means of production.  My response was that the economic system does not exist outside of the political system so what we are really talking about is power – who has it and how they are using it.

From the point of view the average citizen, there is no difference between corporatism and communism.  The average citizen can’t buy any political power so he loses his voice in both the political and economic systems reducing his position in society to merely a factor of production – a worker and workers are fungible.  To maintain any kind of legitimacy with the people who vote politicians into office, the government is obligated to “create jobs” – meaningless and unproductive though they may be.

Decay of the Nation-State

It is a maxim that if you fight with the king, you have to kill the king.  Globalization is the process of transferring sovereignty to international bodies in effect, creating a new king.  The creation of a new king at the international level means that national kings have to die.   In other words, national governments have to die as the international bodies receive more and more power.   On January 21, 2015, Brent Scowcroft gave testimony to the Armed Services Committee and he said that very thing using slightly different language but the essence of his testimony was the same because “softening of national sovereignty” is just a process leading to decay and ultimately death of national sovereignty. 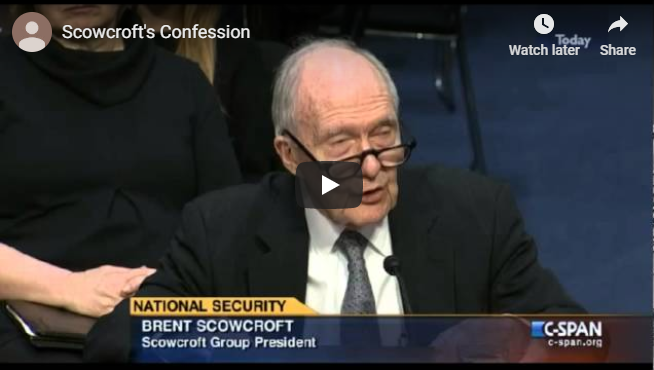 Scowcroft’s statement should have made headline news.  The think tanks should have held panel discussions and politicians should have been incensed by it but none of that happened.  The hearing passed virtually without comment leaving the public still scratching their heads as to what is happening to our country.   Fortunately, about a week ago, I watched an excellent video about the New World Disorder and the breakdown of the Westphalian system of nation-states that explains it brilliantly.  It should be noted however, I do not agree with everything said in the video, just most of it. 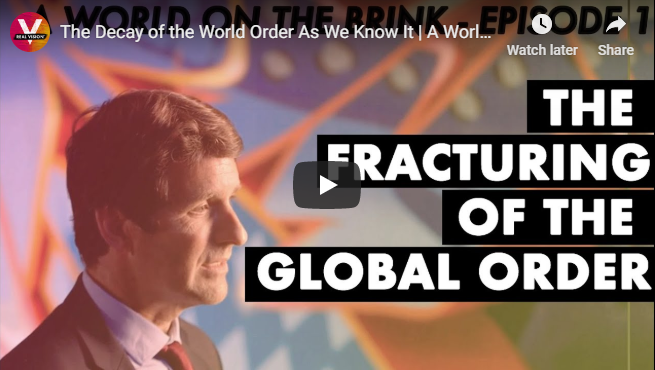 So, we have Brent Scowcroft admitting what they did with the international system and what the consequences have been.  The second video with highly credible people talked about the same thing – decay of the Westphalian system of nation-states.   There is no question that the decay of the nation-state system is causing tensions around the world in all segments of societies.

To add to the confusion,  we have military conflict as the defenders of their respective societies attempt to regain some say in what is happening to their countries with military leaders as defenders of nation-states talking about ideas like the Thucydides Trap.  The Trap is a concept described by Graham Allison, the ideas of which pertain to rising and declining nation-state powers – specifically as it pertains to the U.S. and China. 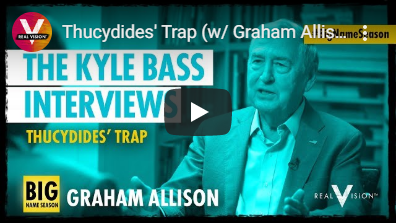 It seems to me that there is a fundamental misunderstanding of the world today.  Globalization is an economic paradigm in which business interests have been severed from national interests so the rising powers aren’t nation-states, they are corporations.   Corporations are economic war machines without loyalty or attachment to any geographic territory.  The transnational corporations have more money and power than nation-states due to the international system that was built for them so they can hire their own mercenaries.  In other words, they really don’t need the military of the nation-state except to the extent that the free protection saves them money and since politicians are always for sale to highest corporate bidder corporations always have a ready team of cheerleaders and tools for any demands of business.

In the last article I wrote, I described the agreement that China had with Great Britain and the legislation that Senator Mitch McConnell sponsored to accommodate the concept of a nation-state divided – not on geographical terms, but on economic terms.  China as a nation-state has political control over Hong Kong, but Hong Kong is independent economically as a special administrative region.  This arrangement of separating the political system from the economic system is the model for globalization.  It is an economy for business under a different set of rules than for the nation-state.  These international economic regions where corporations rule exist in all the nation-states under different names – free trade zones, enterprise zones, ports, inland ports, etc., but they are all under the same international system – separate international territory under a different set of laws than for the government and people in the territory in which they reside.   These separate international territories obviously are what is causing the bifurcation in national interests making it impossible for governments to function legitimately opening the door to government corruption and as a consequence, gangster capitalism.

In the system of gangster capitalism, the gangsters own the politicians.  As the system breaks down and corporations get more bold with their extraction of wealth from the nation-state, they are aided and abetted by the people within the government as a way to try and hold on to nation-state power and/or to enrich themselves – get it while the getting is good.  The following videos are classic examples of corrupt corporations assisted in their criminal activities by corrupt government officials. 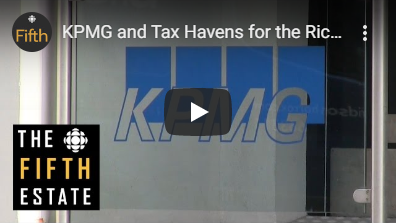 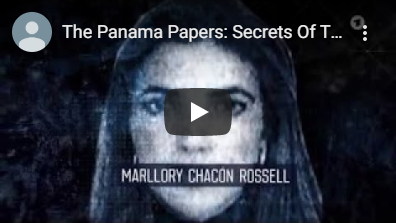 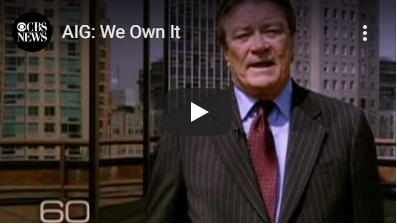 The above videos are just the tip of the iceberg in terms of gangster capitalism.  The people on Wall Street knew precisely what they were doing.  One would have to be either brain-dead or a liar to not understand that the whole episode was an attack on our nation-state and the financial system proving that you cannot separate the economy from the political system and have the political system survive.  They are the twin foundations upon which everything else depends.  As you think about that, watch this video.  Do you think anybody in that room was hurt by the corporate corruption that nearly destroyed the economy? 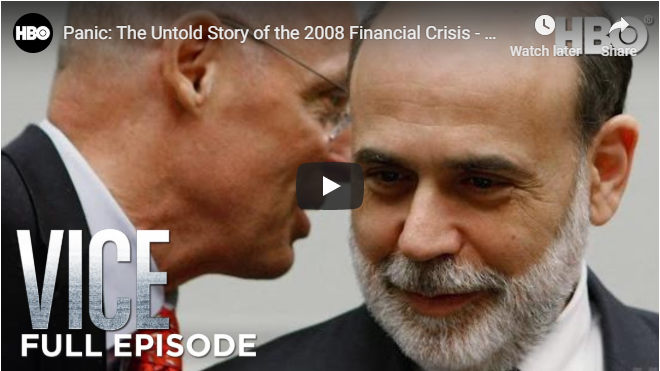 See if any of these stories about Australia sound familiar: 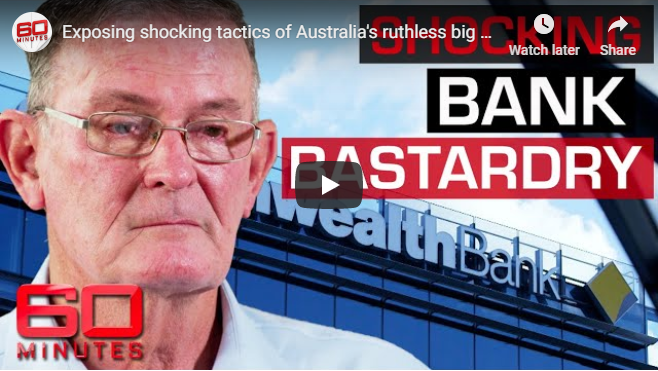 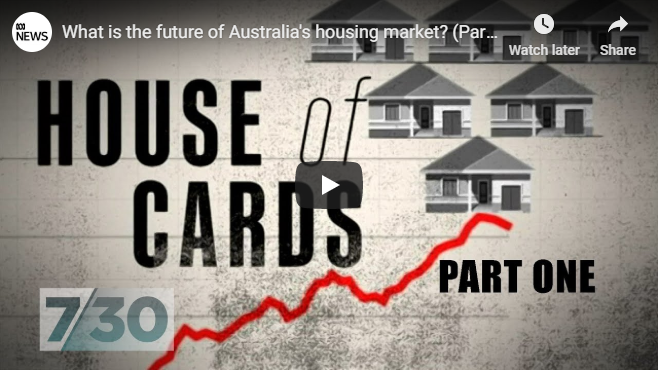 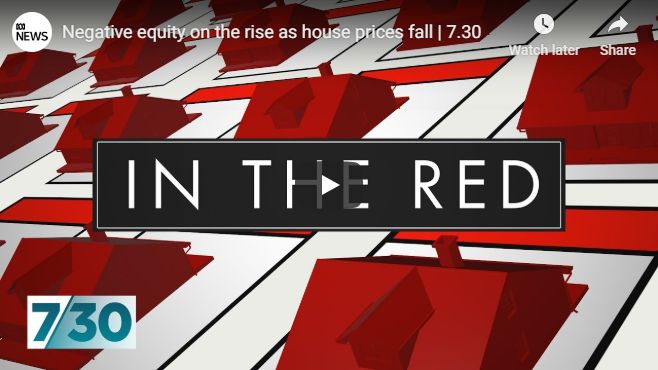