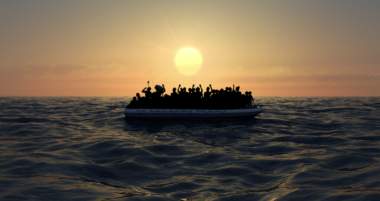 In what is being hailed as a “landmark” decision, the United Nations’ Human Rights Committee has ruled that refugees fleeing the so-called climate crisis cannot be sent back to their home countries by countries who offer them temporary sanctuary. The ruling, which is the first of its kind by the international body, cites Articles 6 and 7 of the International Covenant on Civil and Political Rights, which is said to protect an individual’s inherent right to life.

“Without robust national and international efforts, the effects of climate change in receiving states may expose individuals to a violation of their right,” the ruling claimed.

The 18-person, unelected committee added: “Given that the risk of an entire country being submerged under water is such an extreme risk, the conditions of life in such a country may become incompatible with the right to life with dignity before the risk is realized.”

The United Nations Intergovernmental Panel on Climate Change and other climate alarmists predict that soon tens of millions of refugees will be wandering the globe looking for new places to live as their own lands become uninhabitable owing to anthropogenic global warming. Some experts believe that this ruling represents a legal “tipping point” which might “open the doorway” to future claims of climate refugees.

The decision was brought forth because of the case of Ioane Teitiota, a migrant from the island nation of Kiribati who fled to New Zealand in 2007 with his wife. Teitiota’s permit to remain in New Zealand expired in 2010 and he and his family remained in the country illegally prior to being sent back to Kiribati.

In 2015, Teitiota told the BBC, “I’m the same as people who are fleeing war. Those who are afraid of dying, it’s the same as me.”

Ironically, the new ruling did no good for Teitiota and his family as the committee upheld New Zealand’s decision to send him back to Kiribati.

“Sea level rise is likely to render the republic of Kiribati uninhabitable…. The timeframe of 10-15 years, as suggested by (Teitiota), could allow for intervening acts by the republic of Kiribati, with the assistance of the international community, to take affirmative measures to protect and, where necessary, to relocate its population.”

Despite the bad news for Teitiota, climate activists are declaring the non-binding decision a great victory for future climate refugees. “What’s really important here, and why it’s quite a landmark case, is that the committee recognized that without robust action on climate change at some point in the future it could well be that governments could, under international human rights law, be prohibited from sending people to places where their life is at risk or where they face inhuman or degrading treatment,” said Professor Jane McAdam, the director of the Kaldor Center for international refugee law at the University of New South Wales. “Even though in this particular case no violation was found, it effectively puts governments on notice.”

On “notice” of what exactly? That the UN will get mad at nations who disagree with the decision? The United Nations has no enforcement mechanism — unless you count climate shaming. Would the UN be silly enough to send the blue helmets into New Zealand or anyone other nation in order to enforce this new decision?

Certainly, no one is arguing that people in real need due to real problems — climate-related or otherwise — should not be taken in by other countries. But for the United Nations to declare that a sovereign state must take in so-called climate refugees — and that it is illegal not to do so — is just another example of the blatant overreach of the organization. Frankly, whether New Zealand or any other country decides to take in climate “refugees” is none of the UN’s business.

But McAdam and the other climate alarmists are correct when they claim that this decision will be important to future discussions on the issue of so-called climate refugees. In the near future, leftists and globalists will cite this decision as “international law,” in their attempt to restructure the world using their corrupt terms.

James Murphy is a freelance journalist who writes on a variety of subjects, with a primary focus on the ongoing anthropogenic climate-change hoax and cultural issues. He can be reached at jcmurphyAd BR@mail.com.