U.S. continues to dump funds into an electrical sinkhole 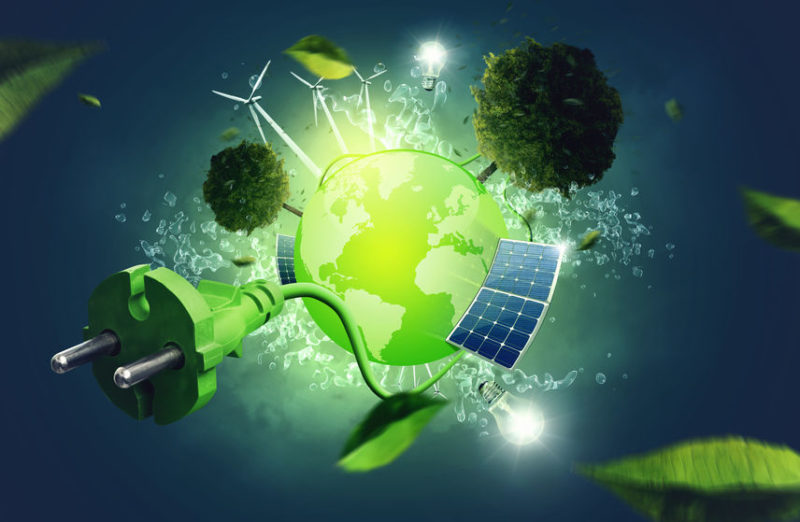 U.S. continues to dump funds into an electrical sinkhole

When I read the WSJ article “The Best-Laid Energy Plans” referencing Government planning and subsidies that were supposedly intended to make America the world’s green-electricity superpower, create millions of jobs, and supercharge the economy. It brings to mind the most terrifying nine words in the English language: ” I’m from the government, and I’m here to help.”

In pursuit of a way to store the daytime intermittent electricity from solar panels, for use when the sun is not shining, the reality is closer to the financial failure at Crescent Dunes. This being a Nevada solar-energy plant that went bust after receiving a $737 million federal loan guarantee. No worries. It’s only taxpayer money,

An inconvenient truth is that the sun sets each day but the Obama Administration’s green planners had an app for that. They decided to invest in the Crescent Dunes facility that would use molten salt to store heat from the sun, produce steam, and generate electricity even at night. Government support would carry the project to sunny success.

Here are all the things that electricity can do for civilization:

Energy storage could revolutionize industries in the next 10 years, but despite the preaching’s about these renewable saviors, it’s becoming obvious that due to their intermittency, unreliability as well as their inability to replace any of the chemicals from crude oil (of which account for the all the products in our daily lives), societies around the world may not be too thrilled about the needed social changes to live on just electricity.

We can be preached to forever about “clean electricity” messages and bedazzle farmers with the prospects of on-going revenue from renewables. However, the extensive mining worldwide for turbine and solar materials and the decommissioning details combined with the social changes that would be necessitated without the thousands of products from those deep earth minerals and fuels, remain the dark side of the unspoken realities of renewables.

Lets’ be clear about what that means. First, it’s not renewable energy, it’s only renewable electricity, and more accurately its only intermittent electricity. Renewables have been the primary driver for residents of Germany, Australia, and California behind the high costs of electricity. Second and most important, electricity alone is unable to support militaries, aviation, merchant ships and all the transportation infrastructure that support commerce around the world.

Everyone knows that electricity is used extensively in residential, commercial, transportation and the military, to power motors and lite the lights. However, it’s the 6,000 products that get manufactured from crude oil that are used to make those motors, lights, and electronics. Noticeable by their absence, from turbines and solar panels, are those crude oil chemicals that renewables are currently incapable of providing.

We’ve had almost 200 years to develop clones or generics to replace the products we get from crude oil such as: medications, electronics, communications, tires, asphalt, fertilizers, military and transportation equipment. The social needs of our materialistic societies are most likely going to remain for all those chemicals that get manufactured out of crude oil that makes everything that’s part of our daily lifestyles and for continuous, uninterruptable, and reliable electricity from coal or natural gas generation backup.

Germany tried to step up as a leader on climate change by phasing out nuclear and fossil fuels. They pioneered a system of subsidies for wind and solar that sparked a global boom in manufacturing those technologies.  Today, Germany is failing to meet its climate goals of reducing carbon-dioxide emissions even after spending over $580 billion by 2025 to overhaul its energy systems. Germany’s emissions miss should be a “wake-up call” for governments everywhere.

Power prices in Germany are among the highest in Europe. Today, German households pay almost 50% more for electricity than they did in 2006. Much of that increase in electricity cost is the Renewable Surcharge that has increased over the same period by 770%.

America is taking giant steps toward following Germany’s failed climate goals which should be a wake-up call for governments everywhere.  It appears that America, from California to New York, wants to follow the German failure. Like Germany, America’s renewables are becoming an increasing share in electricity generation, but at a HIGH COST. The emission reduction goals have increased the costs of electricity and transportation fuels and may be very contributory to America’s growing homelessness and poverty populations.

Hopefully, before committing to an all-electric world, we can achieve the technical challenges of discovering a green replacement for the thousands of products based on fossil fuels being provided to every known earth based infrastructure, and society will accept the consequences of altering their lifestyles that will result from less services and more personal input to accommodate losing the advances fossil fuels have afforded them.

Hand the energy economy over to the government in the name of climate change and there will be countless more Crescent Dunes fiascoes. Alas, it brings back those most terrifying nine words in the English language:” I’m from the government, and I’m here to help.”