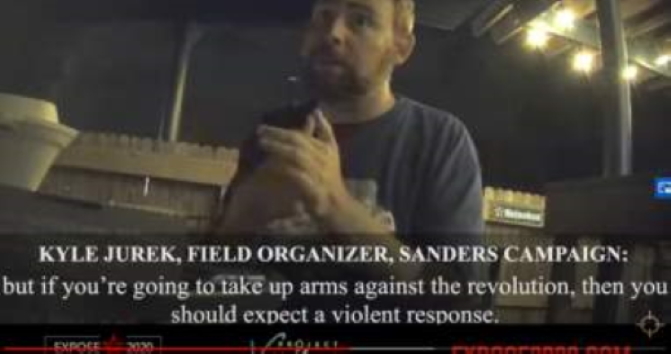 When Bernie Sanders supporter James Hodgkinson tried to assassinate a group of Republicans in 2017, shooting five people, it was considered an anomaly. Any campaign can have one nut associated with it, after all. But many are reconsidering this assessment now that a Project Veritas (PV) undercover video has captured a violent Sanders field organizer talking about putting political opponents in Stalinesque “gulags” and saying that the campaign is full of people of his mind. More troubling still is that presidential contender Sanders (I-Vt.) has thus far failed to fire the organizer, with a staffer dismissing talk about his admissions as “political gossip.”

Also striking is how the mainstream media are ignoring a story which, if it involved President Trump, would receive wall-to wall coverage. The unbelievable remarks by the Sanders underling, Iowa field organizer Kyle Jurek, make this clear. Here’s a review, courtesy of The New American’s R. Cort Kirkwood (all quotations are his and Jurek’s):

For those whose thinking couldn’t be made doubleplusgood via school indoctrination, the organizer prescribed American gulags. “There’s a reason Josef Stalin had gulags, right? And actually gulags are a lot better than what the CIA has told us,” he explained. “Like people were actually paid a living wage in gulags, they had conjugal visits in gulags, gulags were actually meant for like re-education.” Of course, this is akin to Holocaust denial. (PV video below). 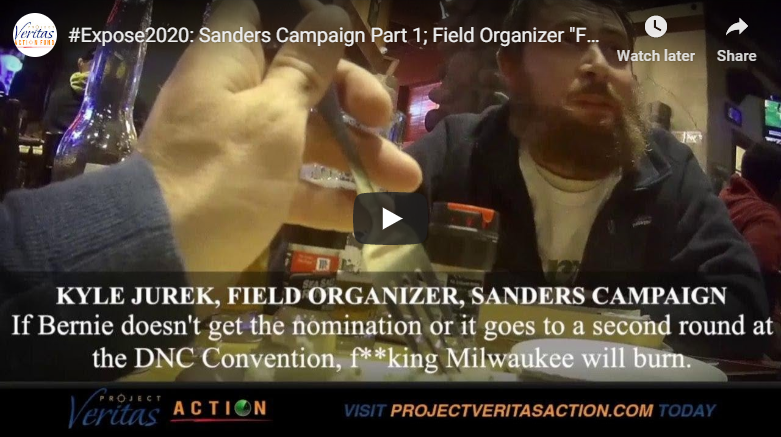 Just as shocking as these comments, however, is that while this story broke Tuesday, Jurek is still on Sanders’ staff as of this writing. Wow.

In fact, Sanders has been mum on the matter, and one of his other Iowa staffers dismissed the issue by saying that the “hundreds of thousands of Iowans we’ve talked to this caucus season don’t care about political gossip.”

Yet as writer Jack Cashill tweeted, pointing out the obvious: 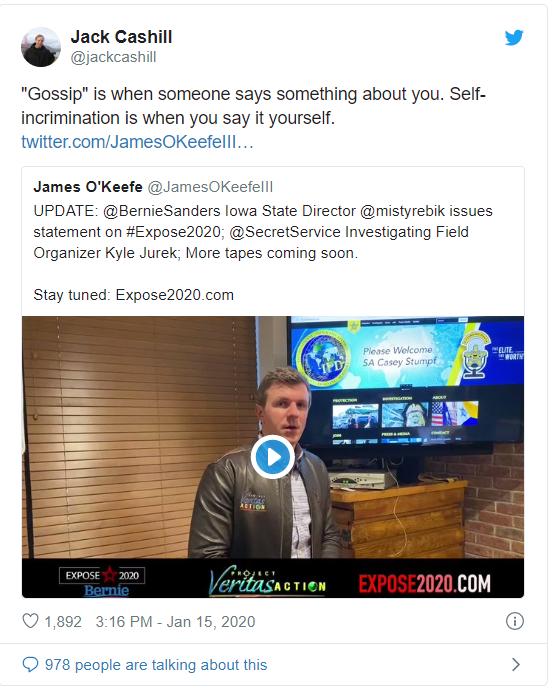 Sanders’ failure to act is quite revealing. After all, he “has spent years convincing voters that his Soviet honeymoon, his support for the Nicaraguan Sandinistas, his admiration for Fidel Castro and Hugo Chávez were all a misunderstanding,” notes American Thinker.

Yet Jurek has now “undercut Sanders’s carefully cultivated public relations persona to win voters and made Sanders look like Mao recrudescent, Stalin reborn, and Pol Pot’s ghost, something worse than even what most suspicious Republicans have ever came up with,” the site continues.

So why is Sanders playing the three “hear, see, and speak no evil” monkeys? First note that the senator is heavily invested in Jurek. For example, it has now been revealed that the organizer has a history of arrests for drug violations and related charges and that the Sanders’ campaign just bailed him out of jail earlier this week after a January 7 apprehension (as PV head James O’Keefe reports below); moreover, there’s a question as to whether campaign funds were used for this purpose. 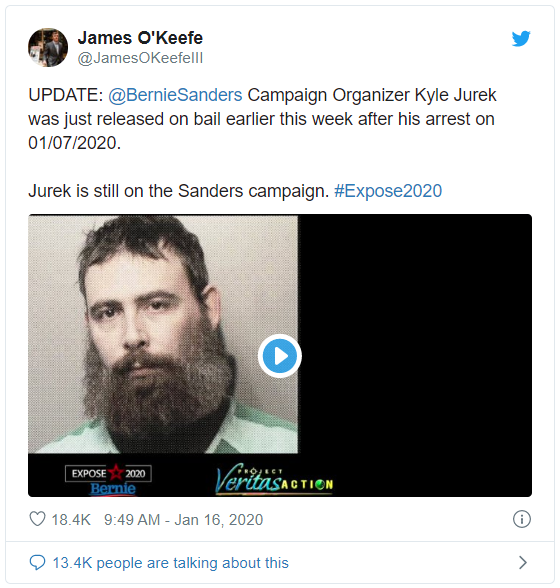 Yet Sanders may be invested in another way as well. Jurek also declared that the campaign is full of people such as him — he even provided their first names. This “suggests that maybe Sanders can’t fire Jurek because they’re all like that, and he’d actually have to fire his entire Iowa operation,” surmises American Thinker.

It goes beyond this, however. Would you want a disgruntled ex-employee out and about shooting his mouth off about the organization’s secrets? An angry, drug-addled and perhaps unstable man such as Jurek could become a loose cannon.

Yet there’s an even more ominous factor, which I’ll introduce with something seemingly unrelated and, unfortunately, quite disturbing. When Paul Gebhard, a right-hand man of discredited pedophiliac sex researcher Alfred Kinsey, explained how they collected “data” on the sexual responses of young children, he stated on video that Kinsey’s men used “manual and oral techniques.”

Why he’d blithely let something so outrageous and revealing slip — this admission of child sexual abuse — was explained well by the Edward Prendick character in the book The Island of Doctor Moreau. “I became habituated to the Beast People, that a thousand things which had seemed unnatural and repulsive speedily became natural and ordinary to me,” he said.

Those inured to evil often reveal at least the tip of their iceberg of iniquity, forgetting the extent to which what has become “natural and ordinary” to them is outrageous to the ordinary person. To put it metaphorically, they “can’t smell their own.”

Now note that Jurek himself said Sanders is merely “masquerading” as a “democratic” socialist and is, in reality, the real thing. This brings us to something for which even many of Sanders’ critics credit him. He may be radical, they’ll say, but unlike his competitors, at least he’s honest.

A more realistic analysis says: If the views he’s expressing are this radical, how much more radical are those he’s hiding?

(For those interested, below is part two of PV’s Sanders’ exposé.) 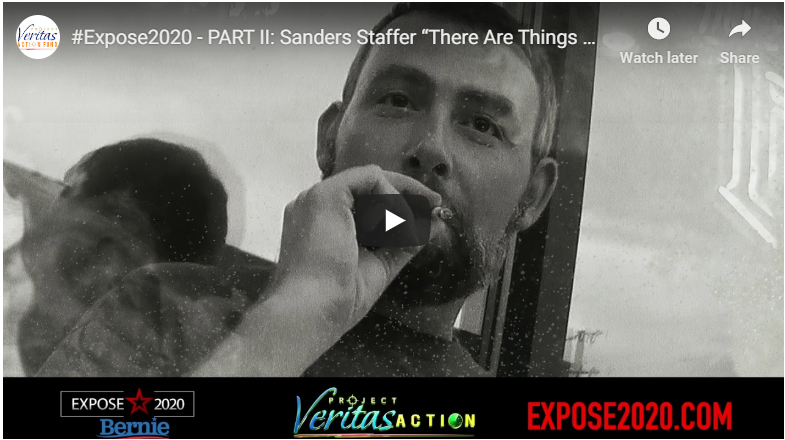